→ Submit your rig and win a Tread magazine feature of your truck! ←
Get the Magazine
Features, News

Of Sand Dunes, Camels, and Kangaroos 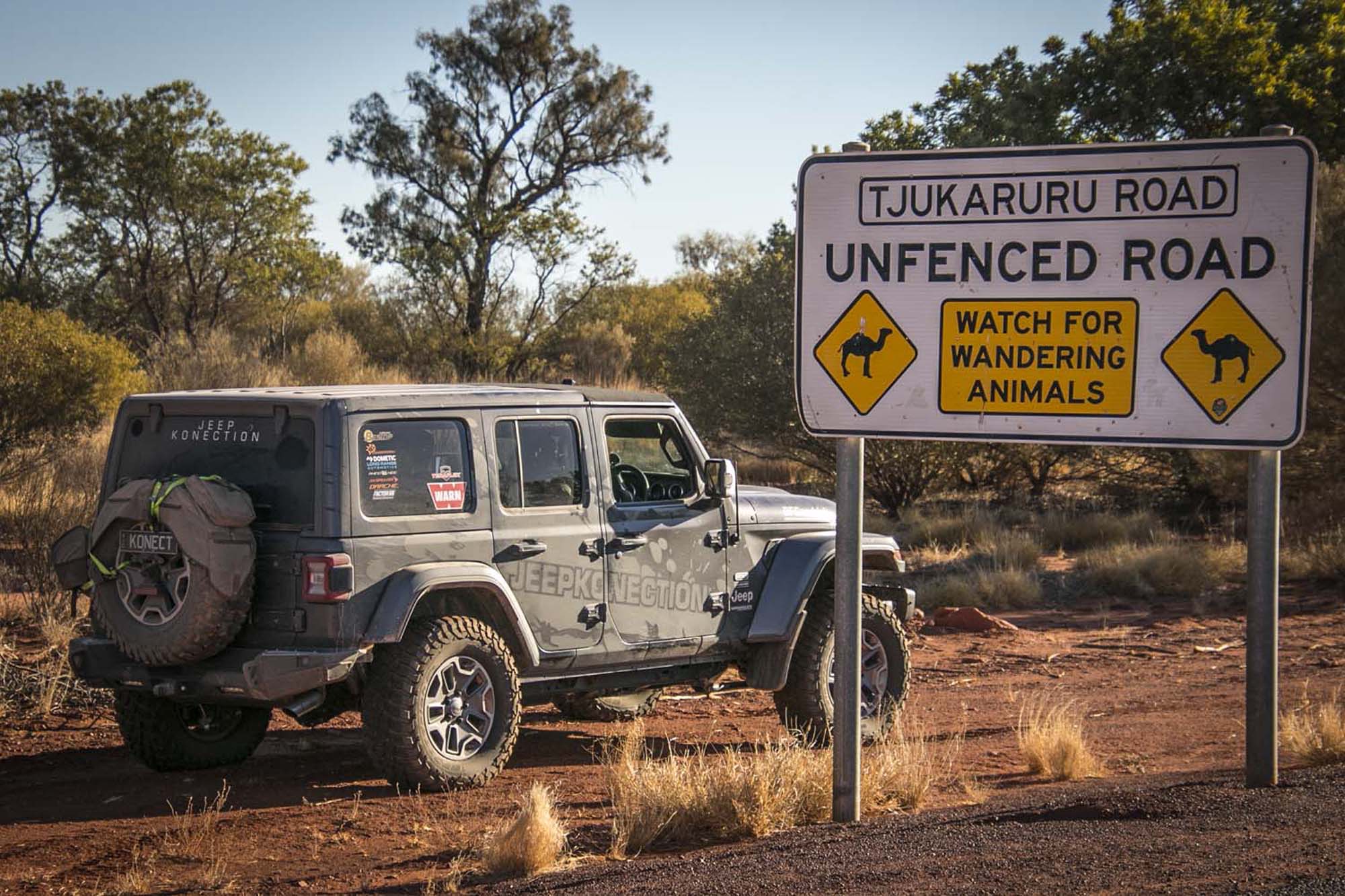 There are few topics that pique the adventurer’s imagination as venturing into the planet’s wild and remote locales. Throughout the epoch of time, human spirit has drawn these rugged individuals to the far corners of the earth in an attempt to sail, hike, or drive to where others have yet to venture. This year marks the 50th anniversary of such an endeavor, a small group of Jeepers that pioneered a new path through Australia’s Simpson Desert, the Seven Slot Line. 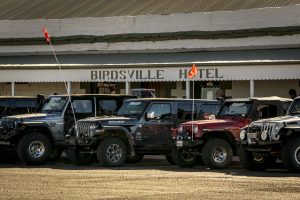 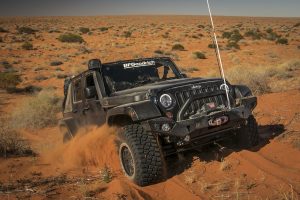 Sans services between the towns of Birdsville and Alice Springs, expedition leader Ian McDonald and his team needed to be fully self-reliant during the 900-kilometers crossing. Carrying all fuel, food, and water needed for the two-week passage, they succeeded in not only piloting their Jeeps through the sands of the Simpson, but also completed a full crossing of the continent from the Pacific Ocean to the Indian Ocean.

This July, a small group of modern explorers departed Cape Byron in an attempt to follow McDonald’s route from the easternmost to the westernmost points on the continent. The 2019 BFGoodrich East-West Australia Jeep Expedition was organized by Ben Davidson, publisher of Jeep Action Magazine, and led by American journalist Chris Collard. McDonald, along with original expedition member and filmmaker John Eggleston, both of whom are in their eighties, joined the team in Brisbane and would go as far as Alice Springs. 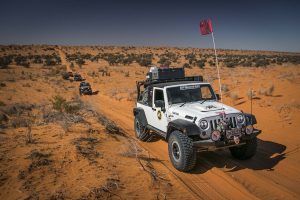 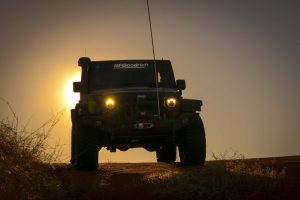 Driving five Jeeps ranging from a 1996 Wrangler TJ to a 2019 JL Overland, they made their way through Channel Country to Birdsville and on to an abandoned oil well known as Beachcomber. They then set a course due west toward Old Andado Station as McDonald’s team had done five decades earlier. While most travelers to the Simpson follow the QAA and French Lines, well-established two-tracks, the Seven Slot Line had only been traversed once and the winds of time had erased all traces. What lay ahead were more than 700 sand dunes and endless miles of thick spinifex to navigate.

Although this leg of the journey represented only 300 of the multi-week expedition, working their way west at an average speed of 5 km/h, it took five days of dawn-to-dusk driving to complete. McDonald and Eggleston, who took 12 days to traverse the same section of desert in 1969, shared tales of the challenges during their crossing. Most notable their equipment.

As Eggleston pulled a liter of milk from one of the Dometic 12-volt fridge/freezers, he said, “We didn’t have cold food after the first few days. We had basic food, a good tool kit, and as much fuel as we could carry.” His team utilized 55-gallon drums, while Davidson’s group relied on auxiliary fuel cells from Long Range Automotive. McDonald used heavy steel sand ladders, but the new team made use of lightweight Maxtrax sand mats. Successful sand driving requires floatation, and the team’s BFGoodrich KM3 mud-terrain radial tires were a significant upgrade from the bias ply tires of the ’60s. One item of significant importance was a constant on both expeditions, and that was their choice of Warn recovery winches. They arrived at historic site of Old Andado Station near dusk on July 14th, where they enjoyed their final night in the Simpson before moving on to Alice Springs to restock sundries. 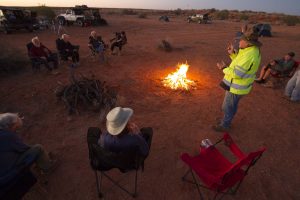 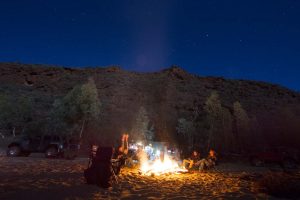 During the second leg of the journey the team passed through Palm Valley and Finke Gorge National Park before traversing Boggy Hole Track to Uluru (Ayers Rock) and Kata Tjuṯa (The Olgas). Western Australia is home to some of the most isolated regions of the country, and there are few sealed roads. Turning west on the Great Central Highway they spent evenings camped in dry creek beds under the Southern Cross, prepared the billy each morning on an open fire, and sourced fuel from Tjukayirla, the most remote Roadhouse in the country.

When the Jeeps reached the rugged cliffs of Steep Point, the most westerly edge of the continent, they had travelled nearly 6,000 kilometers, more than half of which was on dirt tracks. It was a bittersweet moment. They had succeeded in their quest to follow McDonald’s route across the Simpson Desert, but as is the case with any journey of exploration, it had come to an end. The team raise a dram of Scotch whiskey in honor of McDonald, Eggleston, and the hearty souls of yesteryear that planted the seed of inspiration and began planning their next great Jeeping adventure. 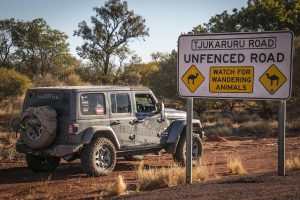 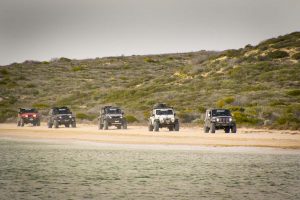 The project was coordinated by Australian Ben Davidson of Seven Slot Expedition and Adventure Architects’ CEO Chris Collard, who was joined by McDonald and John Eggleston, two of the three surviving members of the 1969 expedition. Other team members included Off Road Motorsports Hall of Fame inductees Rick Péwé and Sue Mead, along with an international contingent from four countries. Keep tabs on the crew’s next adventure at sevenslotexpedition.com or follow them on Instagram: #sevenslotexpedition.