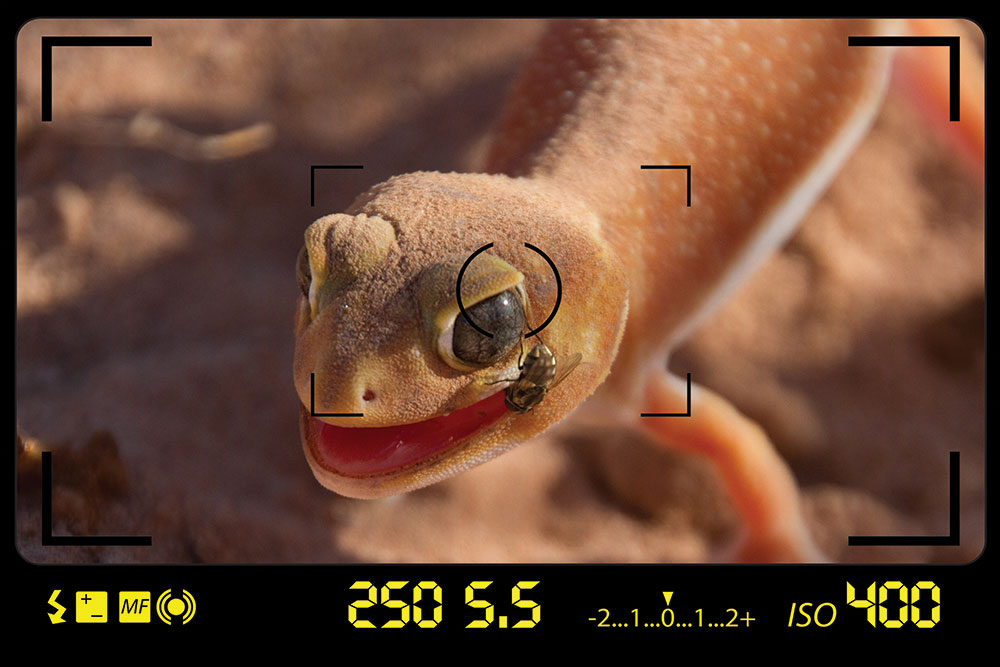 Compression, f-stop, and bokeh: what does it all mean, and how can your outdoor photography lenses accomplish it?

In previous Viewfinders we’ve discussed what I feel are the most important elements of creative photography: distilling a scene into its various components, how to frame a unique composition of those elements, working with light, camera settings, and methodology. And while I have always maintained it is the eye behind the viewfinder that creates compelling photographs, I would be remiss to omit the fact that taking your photography to the next level requires high-quality hardware. In this Viewfinder we’ll start with some camera basics, move on to glass (lenses), discuss settings and outdoor photography lens selection, and wrap it up with incorporating some of our newfound knowledge in creating a single image.

The Single Lens Reflex camera (SLR) was a monumental development over previous twin-lens reflex (TLR) and rangefinder designs. By allowing the path of light to flow through the lens, reflect off a “reflex” mirror up to a pentaprism, and then through the viewfinder, the photographer viewed the exact image that would be presented to the film. As an FYI, the pentaprism is used to correct the image inversion caused by the lens. Press the shutter, the mirror flips up, shutter iris opens, and the film receives light flowing through the lens. The digital SLR, or DSLR, is identical in operation but the film has been replaced with an electronic sensor. 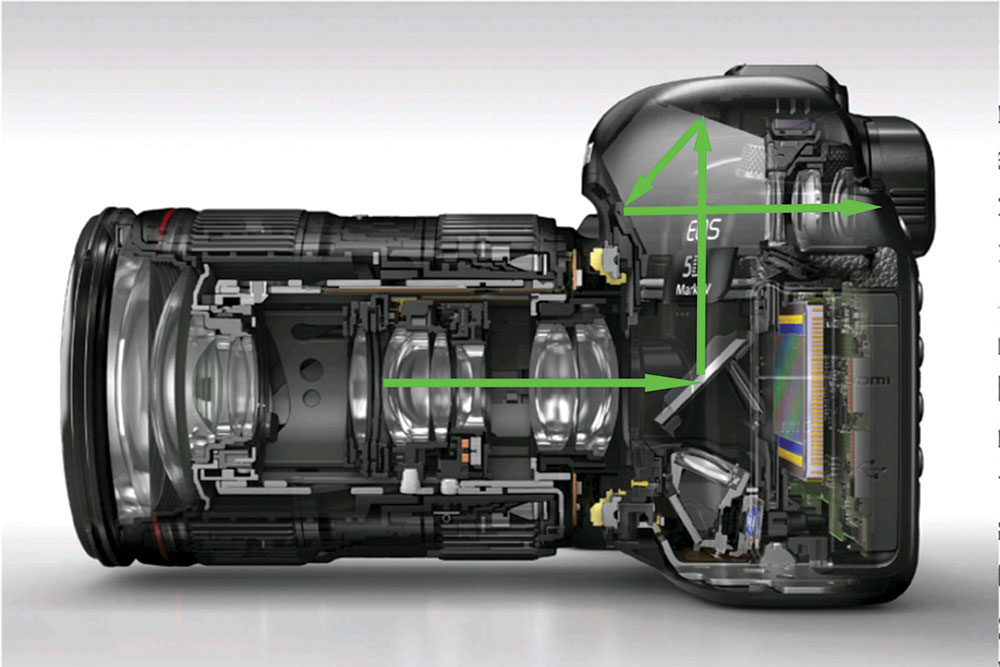 Mirrorless cameras get rid of, you guessed it, the mirror, as well as the pentaprism. The viewfinder becomes a small LCD screen presenting a digital version of what the sensor will receive. Without the real estate needed for the mirror and pentaprism, they are also more compact. Early versions were less than impressive, presenting a grainy view and time-warped latency, or shutter-lag time. Fortunately, manufacturers are slowly putting these hurdles behind us. 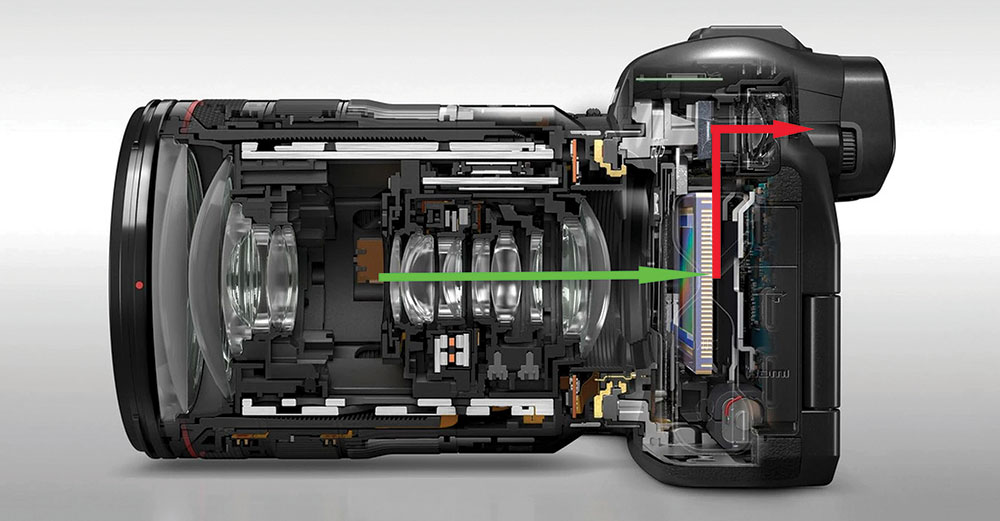 In traditional DSLRs and SLRs, the photographer sees exactly what the lens is seeing via a series of mirrors, whereas mirrorless provide a digital rendering in through the viewfinder. (Photo: Canon USA)

TIP: Mirrorless cameras are more compact, but LCD viewfinder latency is a challenge for action photographers.

While many of us pine nostalgically upon the days of film, I wonder how many would go back. It required exhaustive study, practice, and heaps of mistakes to master what you were doing. I recall returning from a shoot in Africa with 100 rolls of bulky film wrapped up in lead-lined bags to protect them from X-ray damage at the airport—having no idea if I got “the money shot” until I got home. 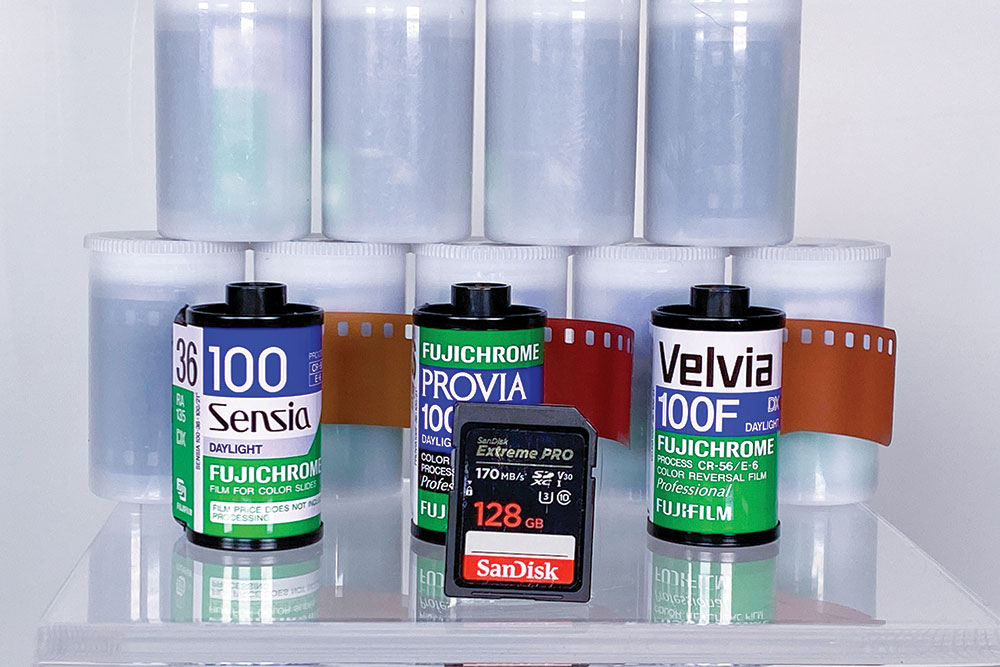 For comparison, this SanDisk 128GB SD card can hold 15 times as many images (at 3x the resolution) as three rolls of 36-exposure film. Flash memory cards are nearly impervious to moisture, temperature (-13°F to 185°F), and airport X-ray machines.

Film sensitivity (speed), or ISO, was basically limited to 800. This would be reserved for night shots such as concerts and came with an anticipated level of graininess. In comparison, usable ISOs (sensor sensitivity) of today’s high-end cameras are in the stratosphere (64,000 or better), allowing for low-light capture never imagined 20 years ago. And lest I mention auto focus (AF), auto exposure (AE), and the sports photographer’s nemesis, frames per second (fps).

Most auto-advance film cameras had a cap of a few frames per second; a few more with a high-speed booster drive. This is a non-issue now. Digital capture also provides instant preview, quick setting adjustments, easy file backups, and a seemingly infinite number of photos on a single SD card you can slip in your wallet. To boot, if you consider the cost of film and processing, they are much cheaper. Would I go back, heck no!

TIP: A quality sensor with a high-ISO rating is best for low-light photography.

Glass: Long, Short, IS, and Distortion 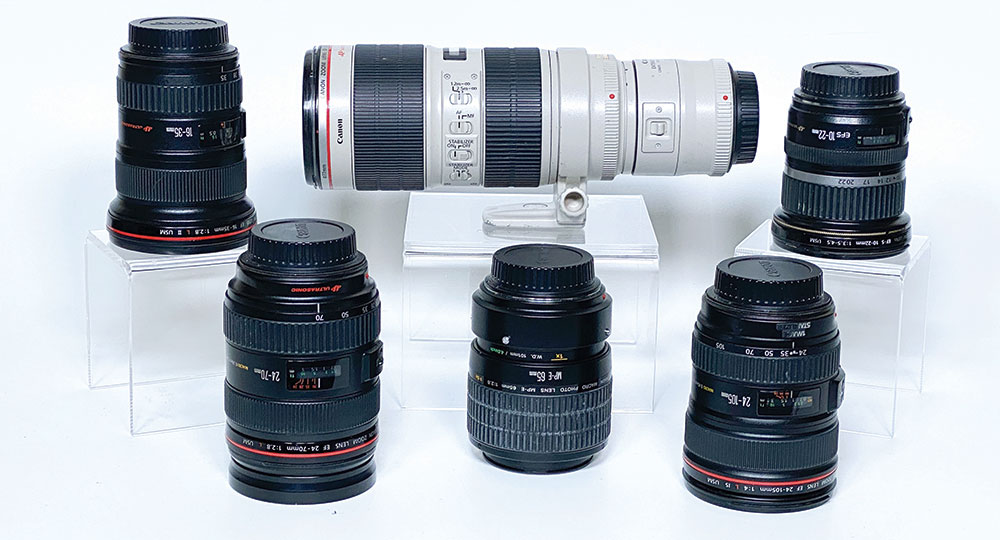 Quality glass is expensive, but it can make or break a well-composed photograph.

Now that we’ve established that digital technology is amazing, let’s look at what has remained a constant…the glass. The outdoor photography lenses on the market are as broad as paint colors from Sherwin-Williams, but we’ll stick with wide-angle and telephoto zooms, as they can provide just about everything you need. In simple terms, focal length, stated in millimeters, should not be taken as a literal term of measurement, but rather an optical calculation between a point in the lens where the image becomes an image, to the camera’s focal plane (film or sensor). 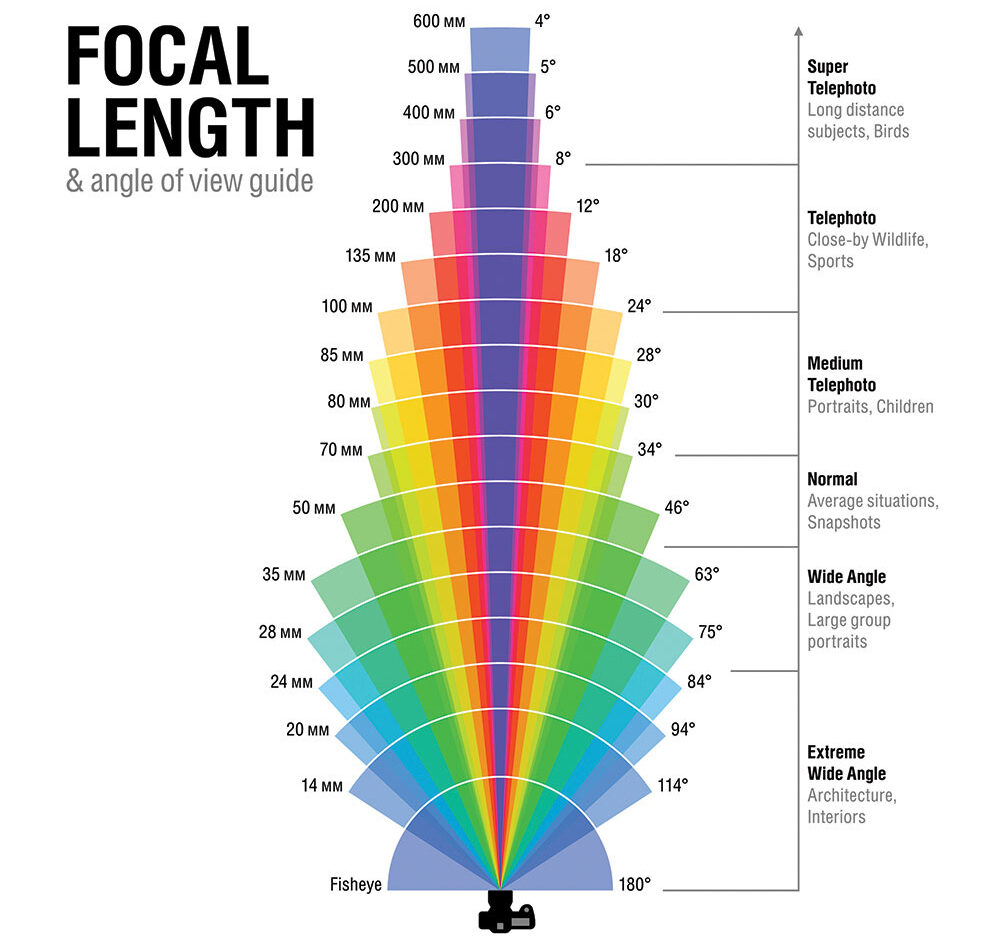 A lens’ rating, stated in millimeters, is inversely proportional to its angle of view.

TIP: Lens focal length is inversely proportional to its field of view.

Choosing the Right Glass to Use in the Field

Great glass helps in the creation of great images, but all glass is not equal. For example, the Canon 70-200mm f/2.8 L IS telephoto I took to Africa 20 years ago is still a go-to tool in my kit. It has exceptional optics, image stabilization, and is nearly impervious to the elements. I also use the economical Tamron 18-270mm telephoto zoom. It doesn’t match Canon’s quality and weatherproofing, but has an exceptionally wide focal range and is good for run-and-gun work when I can’t sling two cameras or don’t want to change lenses for photography in outdoor locations.

TIP: Lens selection is a compromise between features, function, and cost.

While I love working with wide angles, one must be cautious of barrel distortion. This is the result when the angle of view is wider than the sensor and the shot compresses the scene into a smaller space. Note the arch of the horizon and platform (which should be straight lines) in this shot of a tourist leaping off the Victoria Bridge, Zambia. It captures the entire scene and has a cool effect, but only if this is your goal. Another key feature to look for is image stabilization (IS), which is effectively a set of gyros that electronically stabilize glass elements within the lens. Obviously, IS is great to have in your photography equipment, especially if you’ll be taking your lenses on the run to shoot outdoor subjects. Canon pioneered this amazing technology in the `90s, but all manufacturers now offer some form of IS. 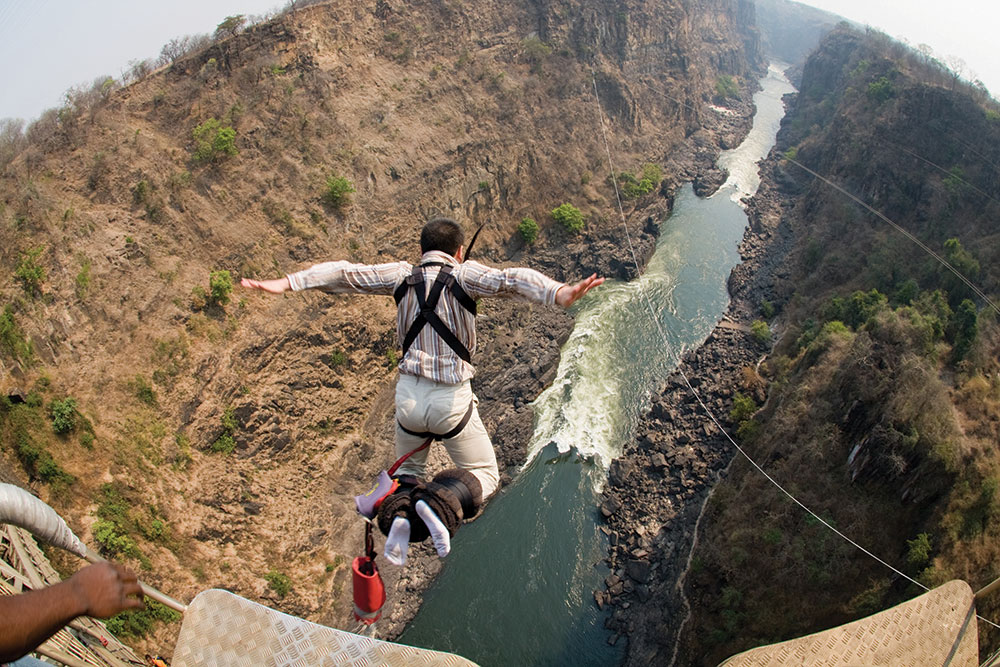 Wide-angle and fisheye lenses distort a scene and have a barrel-view effect as they try to squeeze additional data onto the sensor.

TIP: Focal lengths below 50mm will produce some level of distortion in your image.

We’ve briefly mentioned f-stop in the past, but what is it and how does it affect a photograph? Like the pupil of your eye, the aperture is simply an opening that allows light to pass through to the film or sensor. In the case of a lens, the lower the f-stop number the better. For example, the Tamron 18-270mm is f/3.5 to f/6.3 (smaller aperture, less light). On the other hand, you can set the Canon 70-200mm f/2.8 L at f/2.8 throughout the zoom range—a big benefit when shooting in low-light conditions. This too may seem counterintuitive. Big f-stop, small opening. Small f-stop, big opening.

The combination of aperture and shutter speed determine how much light the film/sensor receives. You might ask, “Why not leave the shutter open longer in low-light?” Well, this is exactly what you can do when working with a static subject and a tripod. But if the subject in your lens is animated, like it usually is with outdoor photography, the image may be blurry. You can crank up the ISO (sensor sensitivity) to match a desired shutter speed in dark settings. However, be advised that very high ISOs come with a level of graininess. However, better a little grainy than a lot blurry.

TIP: A lens with a low f-stop number increases the amount of light presented to the sensor.

A large aperture will result in a shallower depth-of-field; more background and foreground blur, or “bokeh” in photo speak. Conversely, a small aperture will bring more, if not all elements into focus. I implemented the former in this image of a Swedish ranch hand in the Northern Sierra. By softening distracting elements in the background, I let the viewer’s eye draw to her pretty smile. 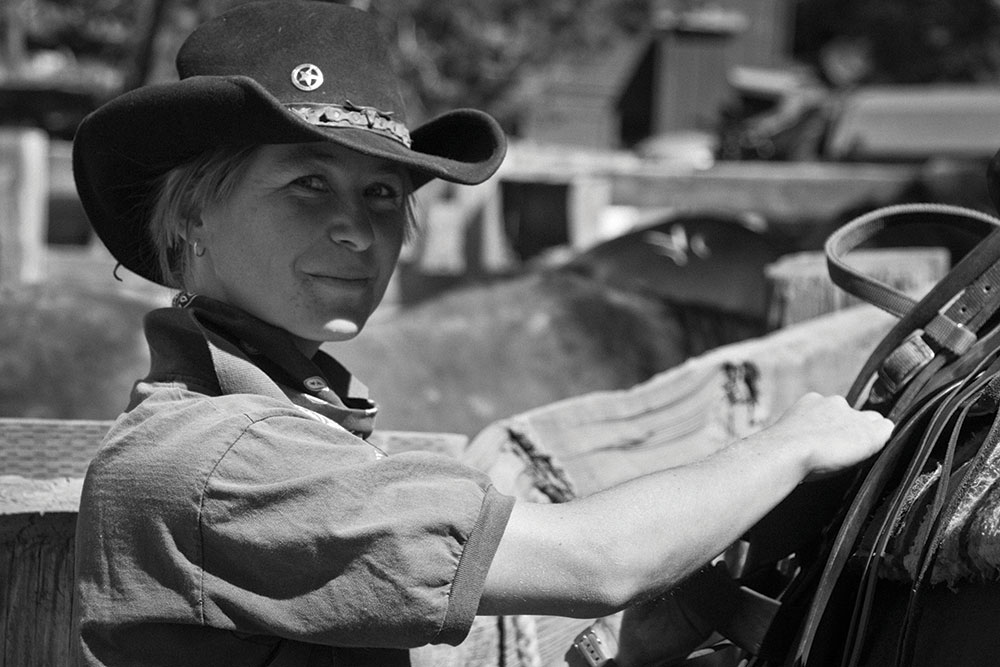 Using a long focal length and wide aperture (small f-stop) will render a bokeh, or blurred effect on the background and foreground.

TIP: A small f-stop setting will reduce the depth-of-field and increase bokeh.

Have you seen a photo of a wolf howling under a massive moon and said, “That’s Photoshopped!” This trick of the trade is commonly called long-lens compression, and comes down to the relation of the camera to a subject, and the subject to its background. Try holding your thumb at arm’s length in front of a full moon. It will cover the moon, right? But if your arm was twice as long the moon would wrap around it like a large cheesy orb. Simply geometry! The f-stop is a ratio between the focal length and size of the aperture opening.

TIP: The distance between the camera, subject, and background affects long-lens compression.

Let’s put these techniques into practical application. Look at these two shots of my buddy Tony Talbert’s ‘76 Ford Bronco. I took them in near-dark conditions under a super moon in Idaho. Equipment used was a Canon 5DS body, 70-200mm f/2.8 L IS II lens, and 2x II extender. We rested the equpiment on a Kirk ballhead and Manfrotto tripod. Settings were f/13 to ensure the moon and vehicle would be in focus, ISO 250 to avoid graininess, and an exposure time of 25 seconds. My distance from the subject was about 200 feet. To avoid illuminating the surroundings, I painted it lightly. (Not all equpiment must be fancy: in this case, I funneled an LED flashlight through a rolled-up paper plate.) I also had Tony “pop” the lights ever so briefly. 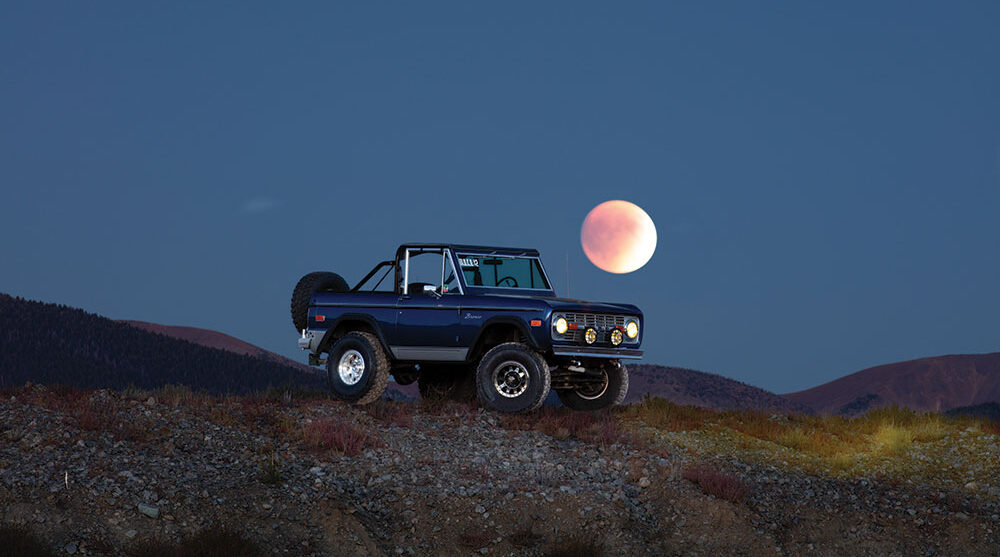 The difference in focal length creates when the aperture, lens, camera body, and ISO remain the same.

The soft edges on the left side of the moon are due to its movement while the shutter was open. One image was at 200mm focal length, the other at 400mm. The frames are nearly identical, but note the perceived increased size of the moon in the full zoom shot. Well, I liked it. 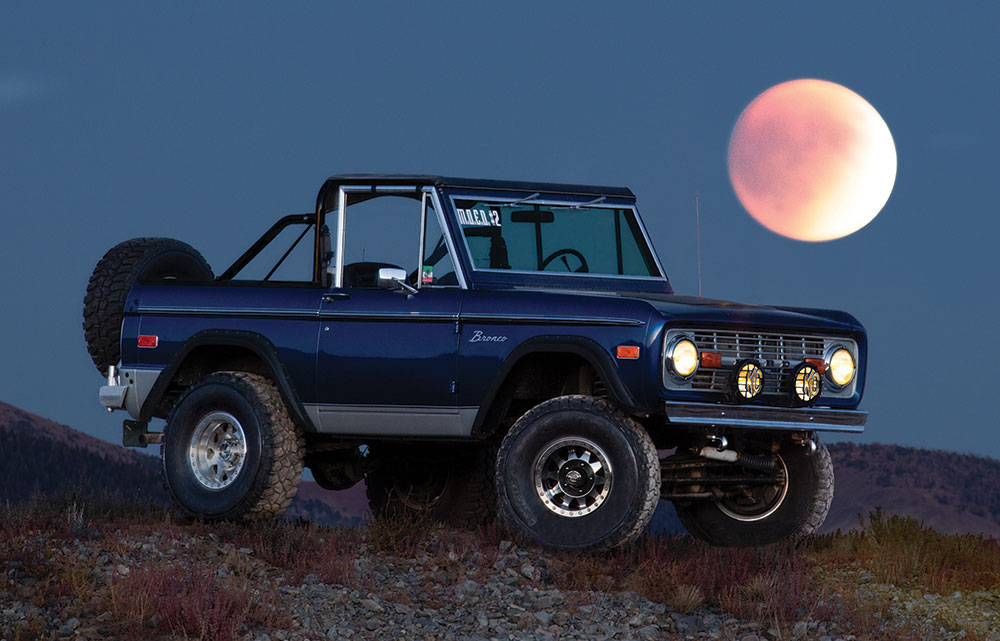 Choosing your lenses for outdoor photography is entirely up to you. What you need from your equipment depends on what you choose to shoot and where your journey takes you. Happy shooting!