→ Submit your rig and win a Tread magazine feature of your truck! ←
Get the Magazine
Features, Outdoor, Outdoor Adventures, Photography
Written by Alyssa Gutierrez

To wrap up our celebration of National Parks Week, We’re rounding out our spotlights with one last destination to add to any road trip. Mesa Verde National Park is home to a diverse array of wildlife, the site of deep and beautiful canyons and a top area for stargazing.

However, its greatest claim to fame is the presence of cultural sites left behind by the Ancestral Pueblo people. After arriving in Mesa Verde around 1400 years ago, this indigenous group began to occupy the mesa tops, farming the land for sustenance. For 600 years, the Pueblo lived at this site before shifting away from the tops of the mesa, and into cliff dwellings built in the alcoves within the canyons. 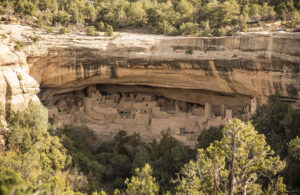 Today, 26 modern tribes of indigenous people associate with the Ancestral Pueblo groups that called Mesa Verde home. Tribes including the Hopi of Arizona, the Navajo and Southern Ute of Colorado, the various Pueblo groups of New Mexico and many others all trace their heritage to Mesa Verde. Because of this, Pueblo input has been helpful in understanding sites in the park like the Sun Temple. 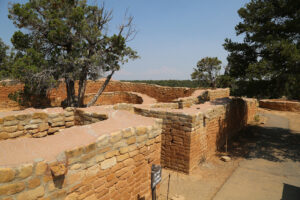 The Sun Temple is located on the top of the mesa, and is thought to be a ceremonial structure. Photo Credit: NPS.

Many years of preservation efforts have gone into ensuring the cliff dwellings survive and remain stable. In fact, the park has a program devoted to monitoring these cultural sites to assess preservation needs. Cliff Palace is one of the most famous sites within the park, with hundreds of rooms and dwellings. Despite this, the deterioration of the site accelerated rapidly as looters caused damage throughout the 1800s. With the establishment of Mesa Verde National Park, Cliff Palace was stabilized and protected. This new goal marked a shift from damaging practices to more ethical ways of treating this historical site. 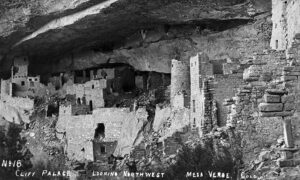 The various hours of operation at Mesa Verde can be found here. With the sheer amount there is to do and see at the park, it’s a good idea to plan ahead. Some of the cliff dwellings are only accessible during ranger led tours that need to be purchased ahead of time. This means it’s a good idea to plan which dwellings you’d really like to see in advance. Along with planned hikes with rangers, there are plenty of events to occupy tourists of all ages. 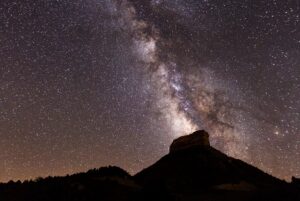 The skies at Mesa Verde are very dark, and perfect for stargazing. As night falls and the archaeology sites close for the day, the opportunity to sit back and look up emerges. The high elevation and and lack of light pollution have protected the night sky from losing its spectacular views of the milky way. There are even ranger led programs at night, so visitors can get even more out of the experience.

Look into the Past

Above all, Mesa Verde National Park was established to protect an irreplaceable heritage site. Cliff dwellings and mesa top sites are a finite resource that cannot be replaced. The stewardship of this land is paramount to preserving its history. With the proper preparation and respect for the cultural heritage at Mesa Verde, there’s no end to what can be learned and observed. For anyone interested in indigenous history preserved in beautiful landscapes, this is the park to visit. 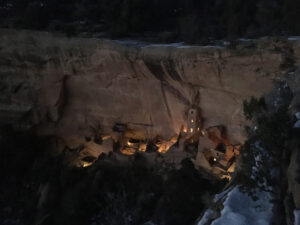