→ Submit your rig and win a Tread magazine feature of your truck! ←
Get the Magazine
Fishing, Outdoor Adventures
Story & Photos by Randy Hynes

FISHING IN THE FALL 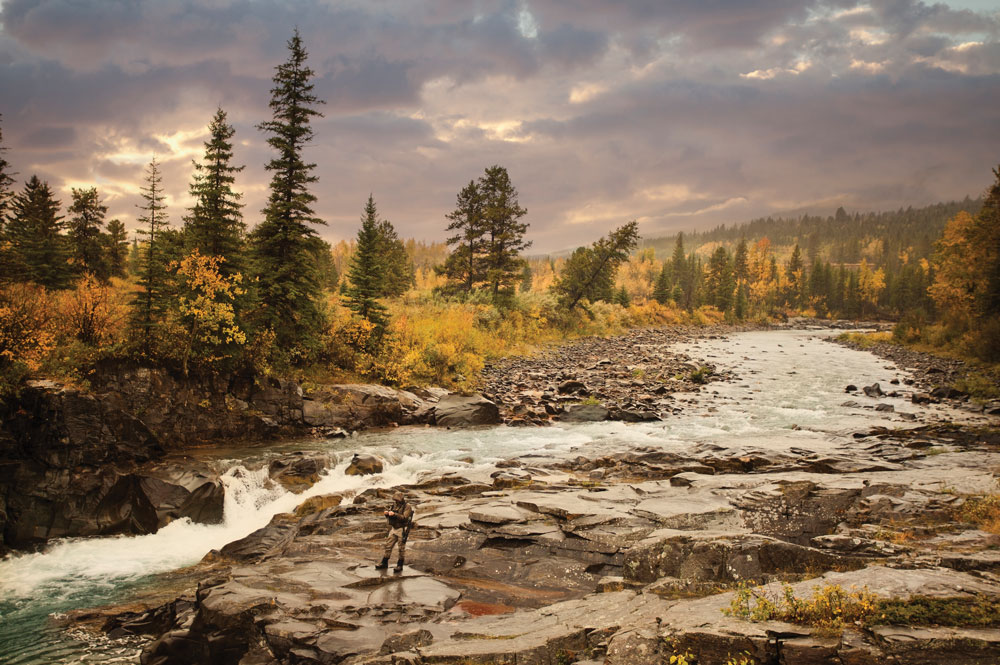 A Simple Guide to the Perfect Catch

A change in seasons means a chance to catch more fish. Tufts of unruly hair jutted out from under a sweat-stained ball cap. A long, white beard hung down his chest, and minus the red suit, he resembled Santa Claus dressed in a t-shirt and Crocs. Although eccentric and considered an oddity by some, the old man possessed an uncanny knowledge of the river. He knew every fishing hole for miles, although like most fishermen he had a reputation for keeping this knowledge to himself.

“If only there was a way to crack the code and get him to share his secrets,” I mused. The cold nights and frosty mornings confirmed fall had arrived and with the change in seasons came the opportunity to land a trophy fish. It was time to ditch the leaf blower and focus on the important things—where the fish were and what they were eating this time of year. 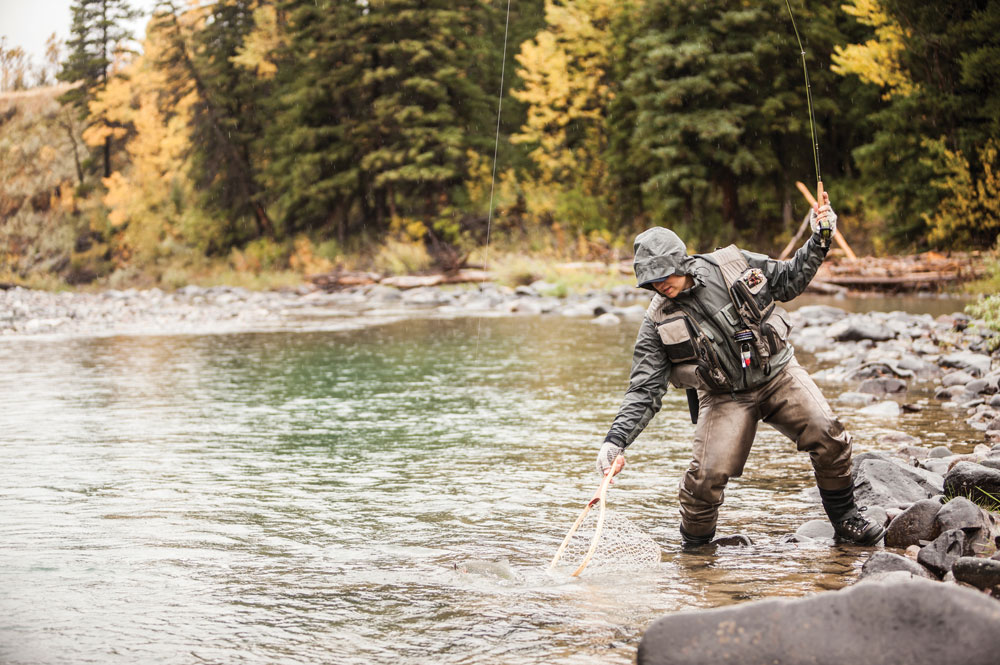 The coming of fall means that it’s time to modify summer fishing strategies.

“You wouldn’t know where I could take these little guys fishing, would you,” I asked while motioning toward my two boys. Based upon the gentleman’s reputation I didn’t expect his answer to contain much information. Maybe the eager eyes looking up at him tugged at his heart, or it was a stroke of luck, but on this particular day the professor let down his guard.

To my surprise he looked around to ensure no one was listening and said in a low voice, “Go to mile marker 21, take the two-track, hike under the bridge and fish the outside edge of the river. You’ll catch fish.” Like a magician who just revealed the secret behind his favorite trick, the old fisherman’s eyes sparkled and his usual somber face broke out in a smile.

A combination of top-secret information and autumn’s enchantment were all that was needed for a successful fishing trip. Once we reached the river it was only a matter of minutes before each of my boys had landed beautiful smallmouth bass. The old man’s prediction, “You’ll catch fish,” had come true.

The Change-up To Fall Fishing

While fall is known as the initiator of football, flannel shirts and hot cider, experienced anglers look forward to the commencement of what is known as the “fall feeding frenzy.” Autumn means fish are preparing for the approaching winter, moving to new water and beginning to feed aggressively. 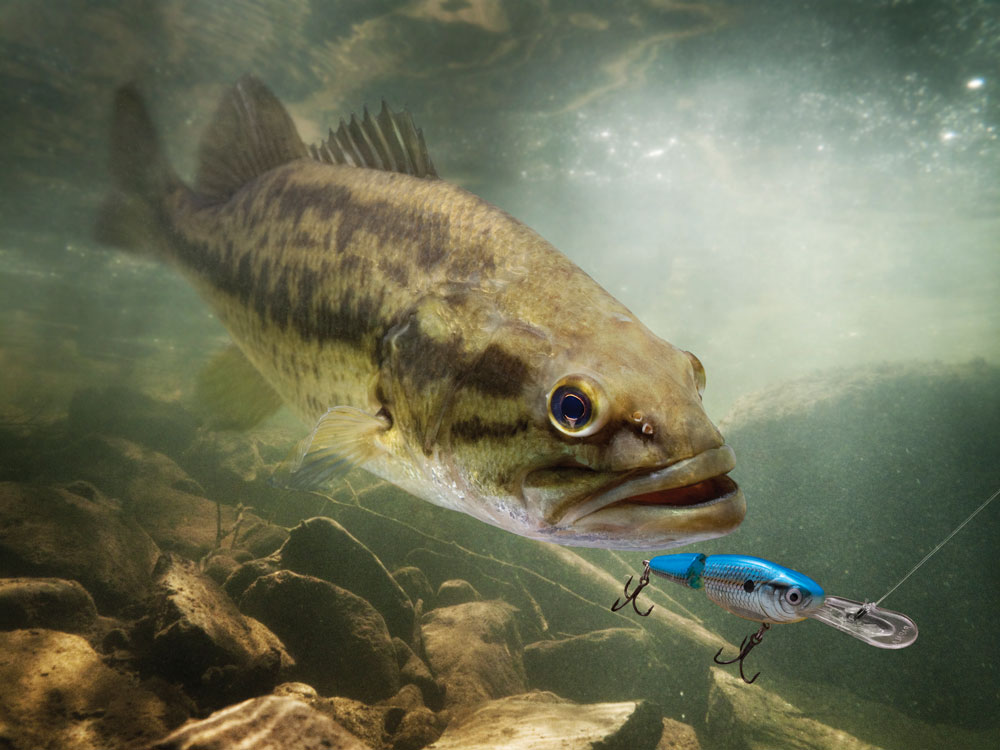 During the fall, fish prepare for the approaching winter by feeding aggressively.

Unlike warmer summer months where species such as bass go deep, cooler water temperatures bring them into higher water columns making them more accessible. Walleye will also shift location as cooler water produces the die-off of summer cover and forces prey into more open water. Bluegill and crappie, on the other hand, will move from shallow to deeper water and increase their feeding activity as well.

This change in behavior means it’s time to modify summer fishing strategies and carefully consider where the fish are prowling and what baits will now work effectively.

As the days shorten, popular species such as largemouth and smallmouth bass will begin to key in on schools of baitfish. The same fish that spent the summer shadowing forage fish around deep structure will now follow schooling baitfish such as shad into shallower water. As shad migrate to creeks, coves and main lake flats to feed on available plankton, bass follow the concentration of baitfish preying on them as an easy lunch. 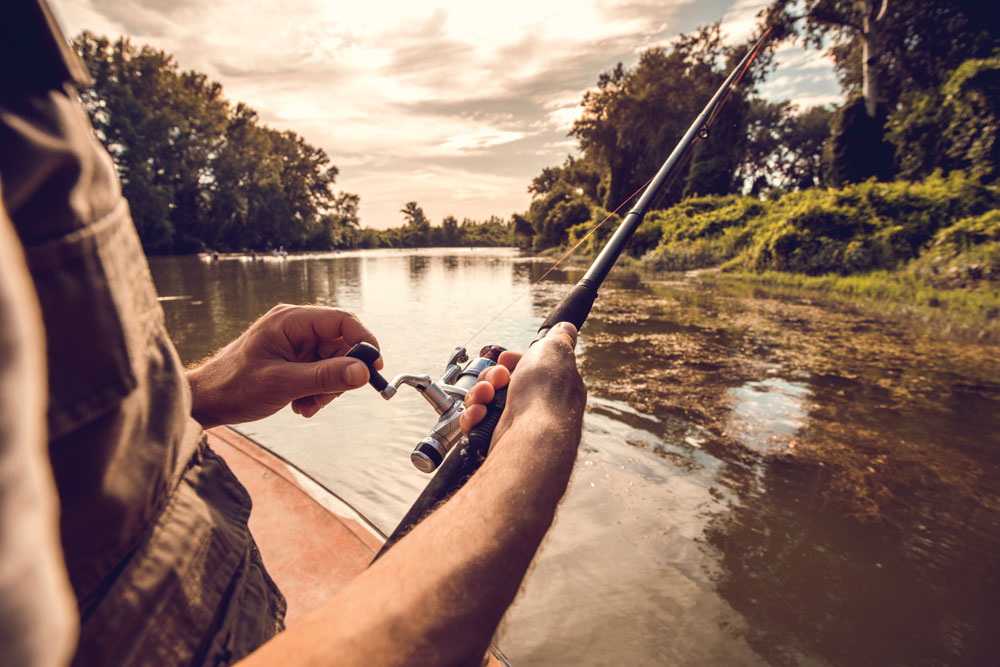 As baitfish migrate to creeks, coves and main lake flats to feed on available plankton, bass will follow.

Whether you enjoy bass fishing on a reservoir, river or lake the key is to locate schooling shad—find the shad, find the bass. If fishing a reservoir in the fall, look for bass along ledges, in creek mouths and along shallow weedbeds. Lake fishing can produce dynamite bass action along weed edges and where weeds meet deeper water. And don’t dismiss river fishing, if there’s a concentration of baitfish, bass will be there too.

River fishing for smallmouth can be exhilarating. Low water levels allow for wading and depending on water clarity, shallow water often offers sight fishing instead of blind casting. Try your luck by fishing around riprap, large rocks, manmade structure and downed trees.

Taking the family to a farm pond or lake and catching a stringer full of panfish can make indelible memories. It’s the perfect way to teach a youngster how to fish and bluegill or sunfish can usually be caught without too much difficulty. Then there’s the added benefit of cooking the ideal camp meal out of a mess of panfish. All you need is a fire, cast iron skillet, a little oil and you’ll be enjoying your catch the second time around. 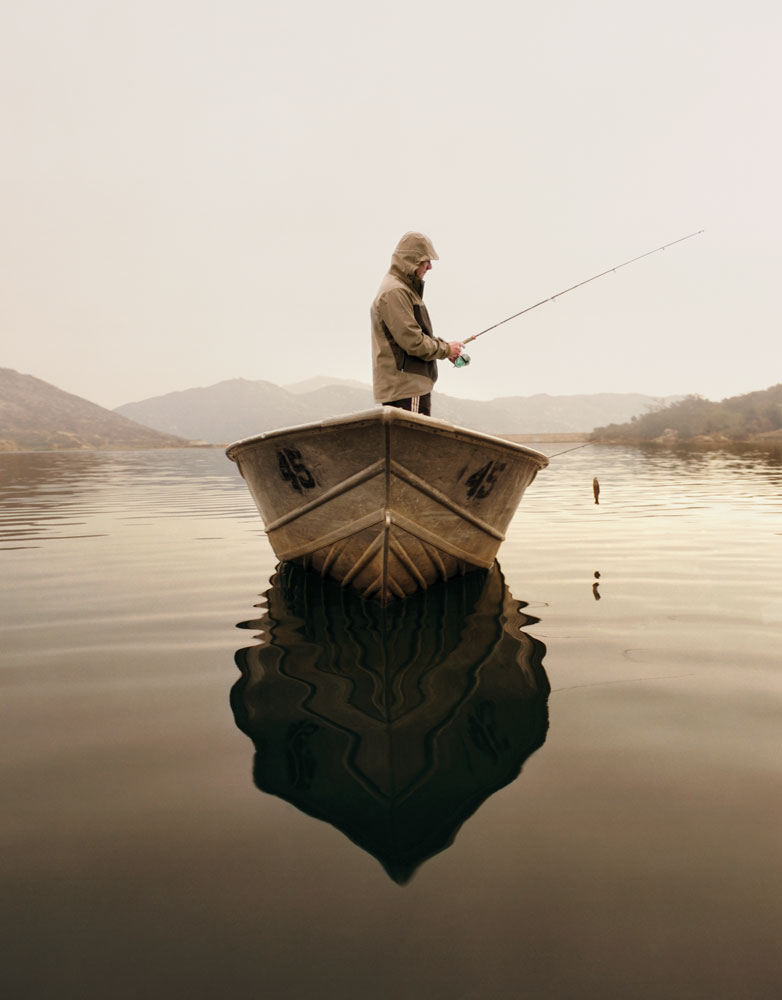 Do your research on where your chosen species of fish are prowling and what baits will work effectively.

If targeting crappie try larger baits in the fall. Since both predator and prey have had an entire summer to grow, using a two-inch plus body on a 1/8-inch jig head will replicate larger shad. And don’t be afraid to change colors often. Crappie can be picky eaters, so ensure your tackle box has a variety of jig sizes and colors.

If you don’t mind packing along a bucket of minnows it might make the difference between a successful fishing trip and going home empty handed. A minnow on a jig will work on crappie when nothing else will.

Bluegill are also known to take jigs and 1/16- to 1/8-ounce are the preferred size. And while it might be reminiscent of a childhood fishing adventure, baiting your jig with a mealworm, nightcrawler or wax worm can still perform magic on bluegills. Small crankbaits that resemble shad will also work well. When fishing along docks, weeds or lily pad edges try a small crankbait. Both crappie and large bluegill are known to eagerly take baitfish patterns.

While other species are moving to shallower water, crappie and other panfish can be found in up to 25 feet of water and suspended anywhere between 5 to 15 feet on the outer edges of weedbeds and structure. Be sure to try different baits and fish various depths, and don’t give up if the first few casts didn’t result in a nibble.

As water temperatures continue their downhill slide, weedbeds that stay green in cooler water will attract swarms of baitfish, turning these shallow weeds into walleye hotspots. Fishing the deepest edge of these unconventional hideouts can pay dividends. 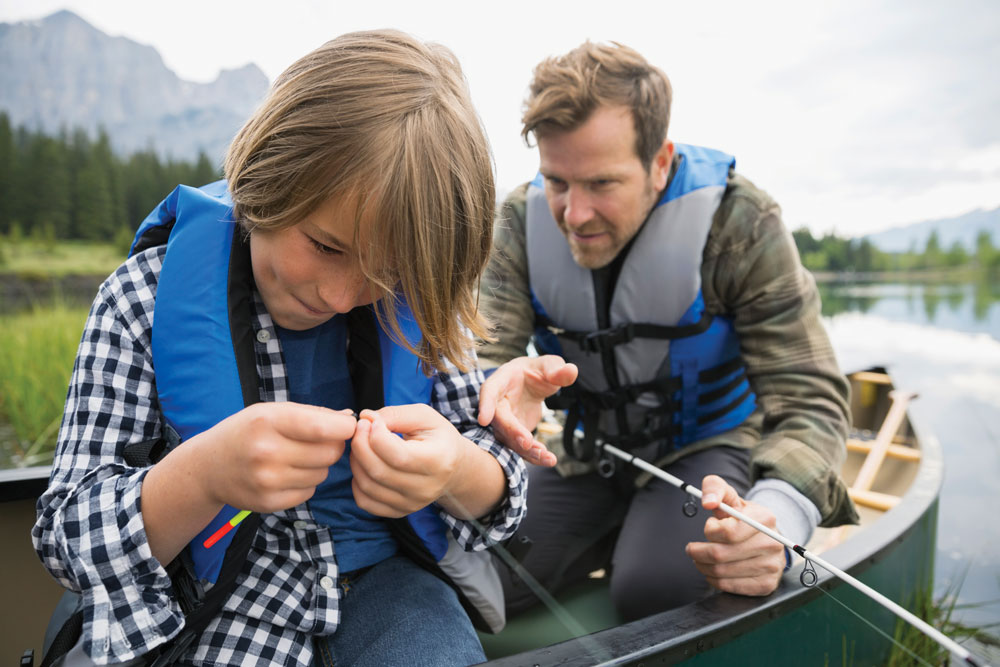 Taking the family to a farm pond or lake and catching a stringer full of panfish can make indelible memories.

Whether you prefer to back troll, jig or drift with live bait, fall walleye can be caught using any of these methods. Swimming baits along the edge of weedbeds can coax a hungry walleye out of hiding to dine on your bait for lunch. You might also find them along a dropoff or a steep edge where they can intercept schooling baitfish.

A tender walleye fillet offers some of the finest of eating, so keep this is mind if the fishing is slow. Stay at it and vary the type of bait, depth, speed of retrieve and don’t give up. Just imagine the rewards of a successful walleye catch on the end of your fork.

Ignore the Rake and Go Fishing

It doesn’t get much better than a hot cup of coffee, good friends and a long day on the water. Mix in the muted shades of magenta, orange and yellow reflecting along the water’s edge and the scenery alone can make the trip. And when you land the fish of a lifetime, you’ll realize it didn’t hurt to miss a football game or two and the yard survived in spite of it not getting raked for another week.

And while it would be nice if every fishing hole came with a wise old man in Crocs and a t-shirt, enough time spent on the water can make the old man’s prediction come true. “You’ll catch fish!”

fishing in the fall, ignore the rake and go fishingwhat about walleye, simple guide to the perfect catch, walleye
previous post