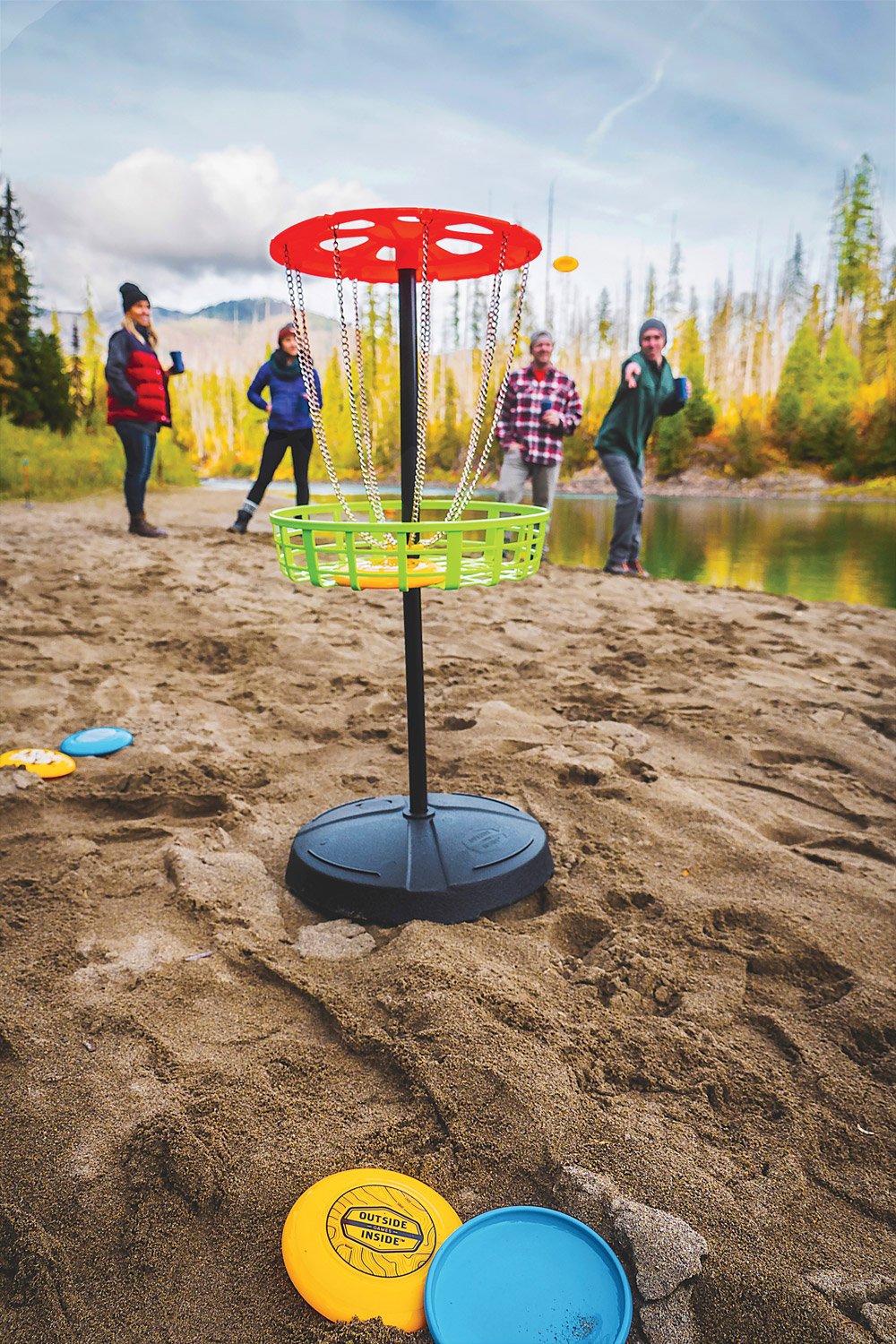 The great outdoors offers us a seemingly infinite number of activities to do. From strenuous workouts, like mountain climbing, to relaxing moments, such as fishing by the lake, there’s always something going on.

While hanging around the campground or a local park with the family or friends, sometimes a simple, fun game that everyone can be involved with creates the best memories. It’s always fun to get the entire group involved with a fun, easy-to-learn activity. 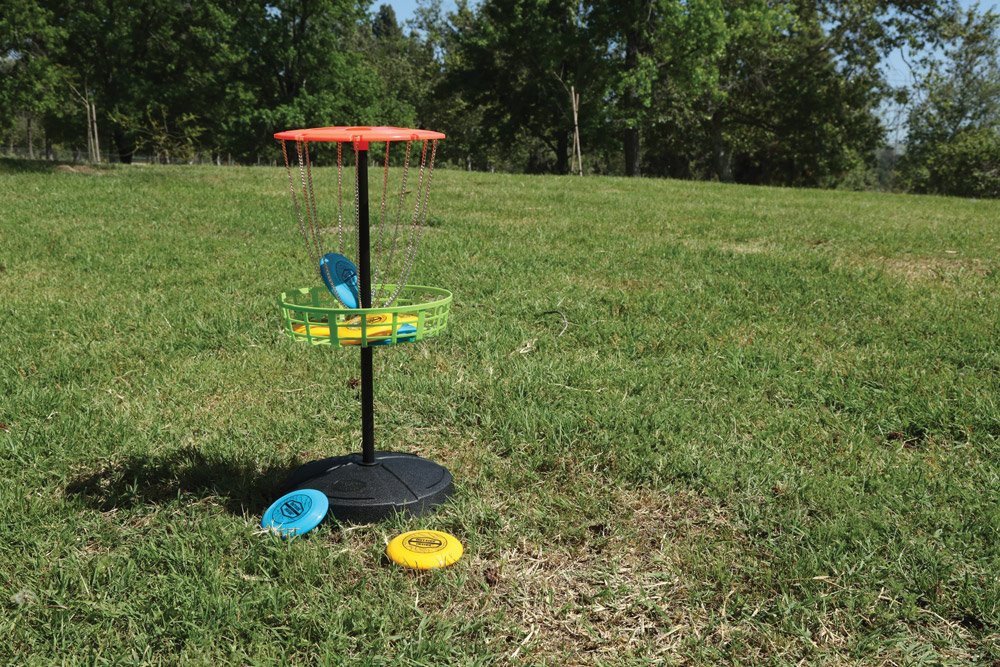 Adventure game maker Outside Inside has developed a miniaturized, portable version of disc golf that is suitable for those of us who like to bring the fun with us wherever we go. If you’re unfamiliar with the sport of disc golf, allow us to enlighten you. Disc golf is a fun activity for adults as well as kids, where the objective is to throw a flying disk, like a Frisbee, at a basket-shaped target.

According to the Professional Disc Golf Association, disc golf shares its basic premise of play closely with that of traditional golf. Just swap out golf balls for flying discs. 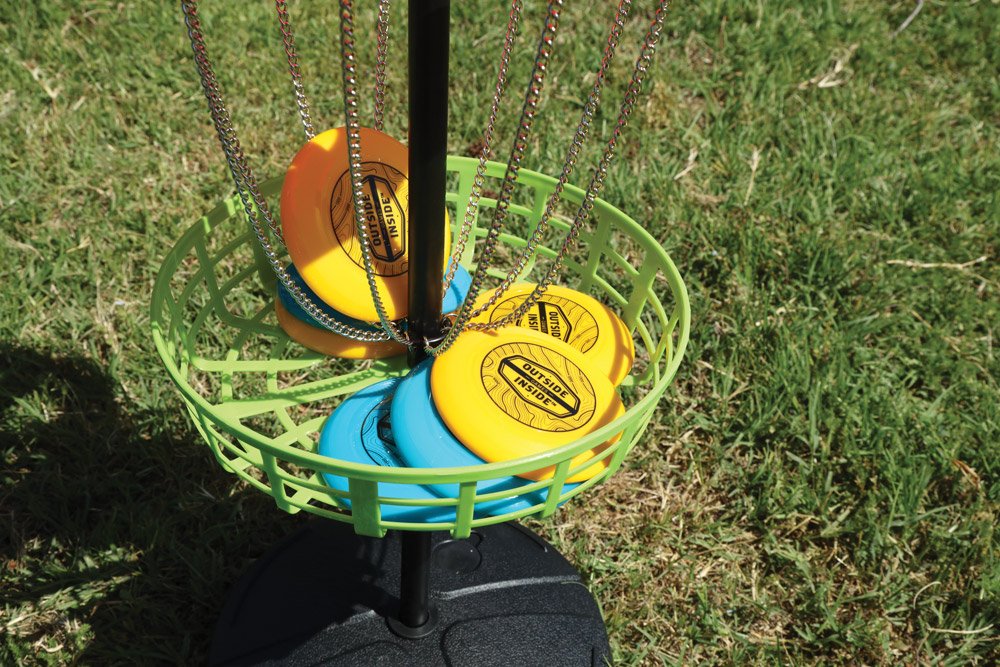 Like with golf, the object of the game is to complete each “hole” in the fewest strokes possible. Instead of the swing of a golf club, disc golf players count disk throws as strokes. The fewest throws to complete a course wins the game. The sport is designed to be played by people of all ages.

Outside Inside created a version of disc golf, which is usually played on courses of 9 or 18 holes, to mimic the fullsize game, but in a smaller, travel-size version that can be played as a simple target shooting game or a par-3 round of golf. 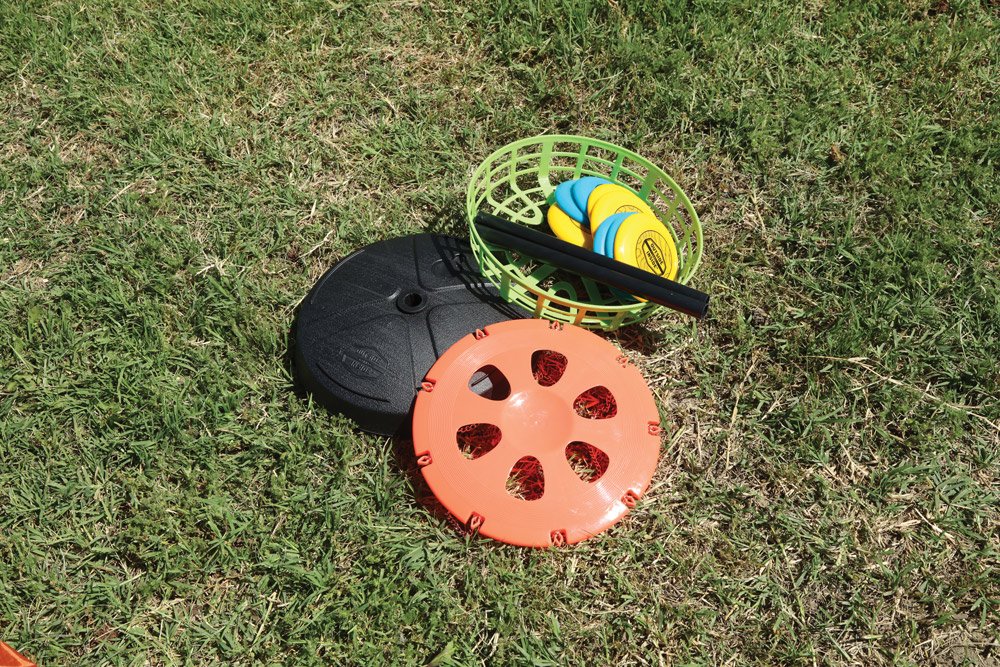 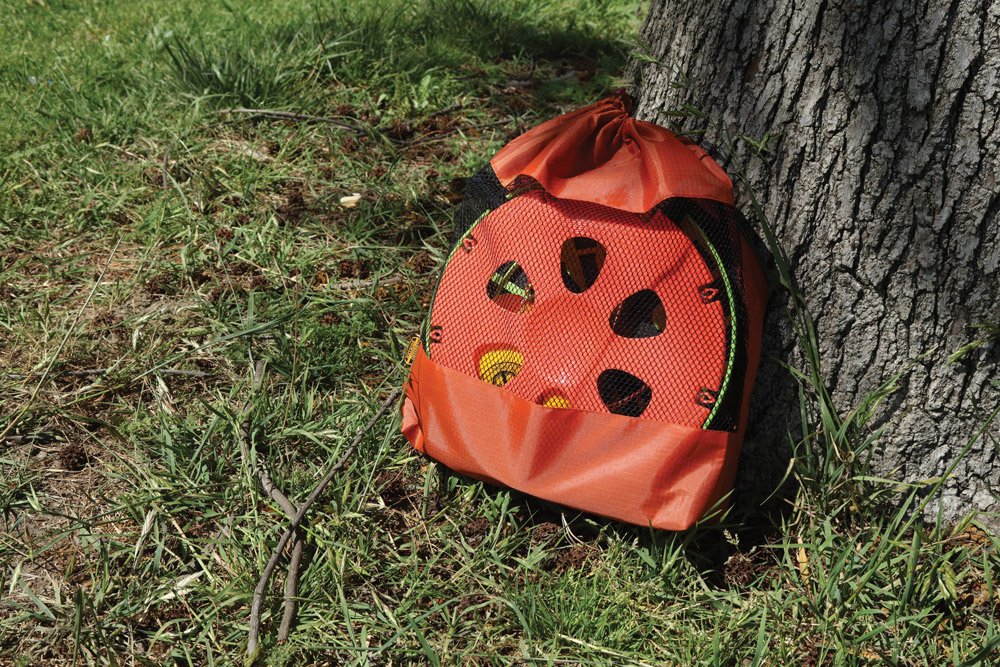 Freestyle Disk Golf comes with a catch basket target, eight 5-inch mini disks, game instructions, and a handy travel pouch. The target is easily assembled, taking us only a minute or two to get it into action. The construction of the target is simple, being made out of plastic and metal chains, yet sturdy enough to handle taking hits from the disks that are tossed at it. Adding sand into its base allowed the target to be even more stable. Once we found a suitable area to set up the target, we divvied up the disks amongst our players.

While the throwing distance can be adjusted to suit the space and skill level of the player, 10 feet is recommended as a starting baseline. Players stand at the throwing line and take turns throwing their disks until each player has thrown their four disks. The game can be played as individual players or as teams. 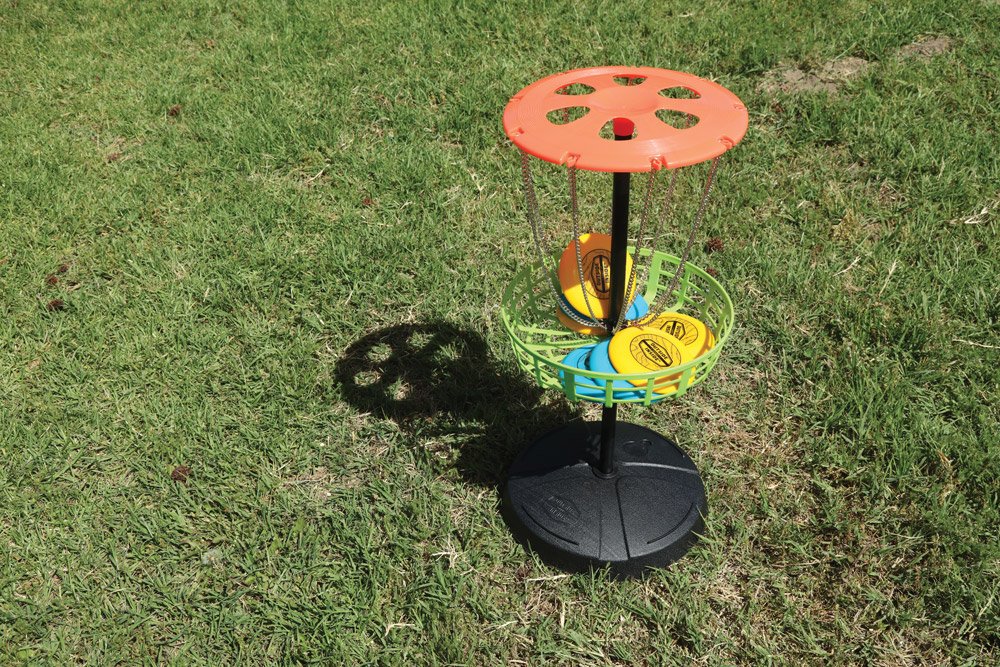 Points are counted for every disk that lands in the basket. One point is awarded for each disk that lands and stays in the basket. Disks from opposing players cancel each other out, so that only the remaining disks are counted. For example, if at the end of the play, Player One has landed three disks in the catch basket and Player Two landed one, the final score for that round would be two points for Player One, who wins the round. The first player, or team, to score 11 points with a two-point lead wins. 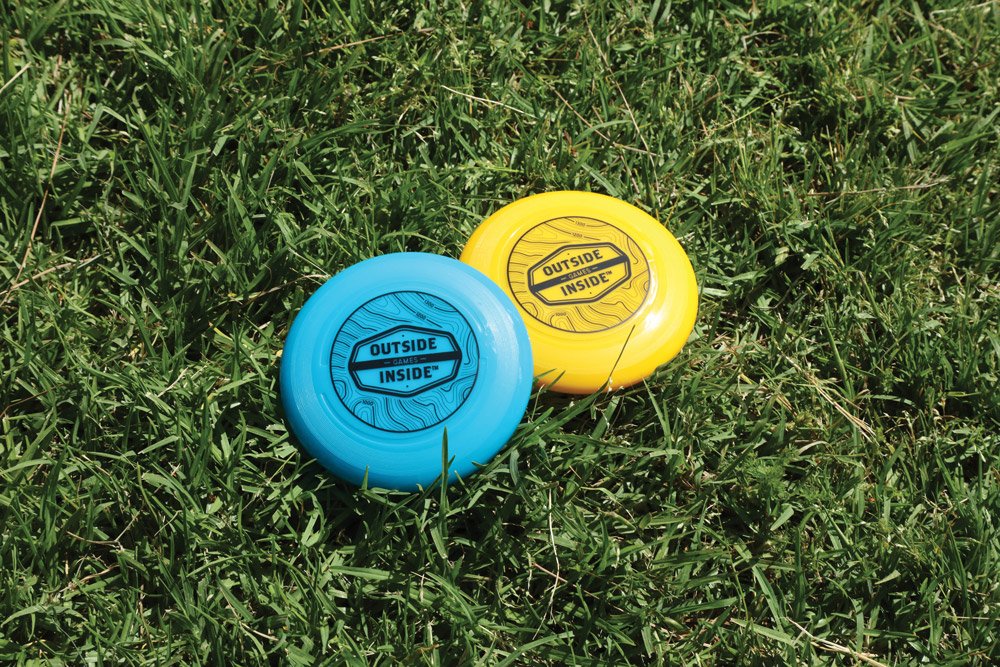 We had a great time playing the game and were especially pleased that we got our kids in on the fun, too. We played a few games of disc golf in the late afternoon before the sun wet down, while dinner was being prepared. While there are plenty of other things to do outdoors, it’s a simple game like disc golf that gathered everyone together for a good time and great memories.