How To Tell If Your Brake Pads Are Glazed

Telltale signs and what to do about them.

How do you tell if your brake pads are glazed? And once you know, what do you do about it? Here’s our guide.

Recently we took ownership of a ‘17 RAM Power Wagon, a ¾-ton behemoth of modern off-road prowess; in short, it is a giant Jeep Rubicon. The fact that it is built on the RAM 2500 chassis and shares components with the 3500 one-ton variant, it would be assumed that its braking capacity is much more than sufficient for stopping itself, and whatever load or trailer the truck may be hauling. Well, that was not the case with this vehicle.

When it was purchased used as its second owner, it already had 14,000 miles on it from what can only be assumed was heavy stop-and-go traffic of Atlanta (where it was registered). Braking performance was extremely compromised, surprise braking scenarios quickly changed to emergency braking, and standing on the pedal could not stop this 6,900-pound vehicle in a reasonable way.

The only way to confirm suspicions that the stop-and-go traffic had glazed the brake pads was to disassemble the caliper assembly to remove and inspect the pads. To understand glazing, lets first go over how a modern disk-braking system works. It is comprised of three main components: rotor, pads, and caliper. 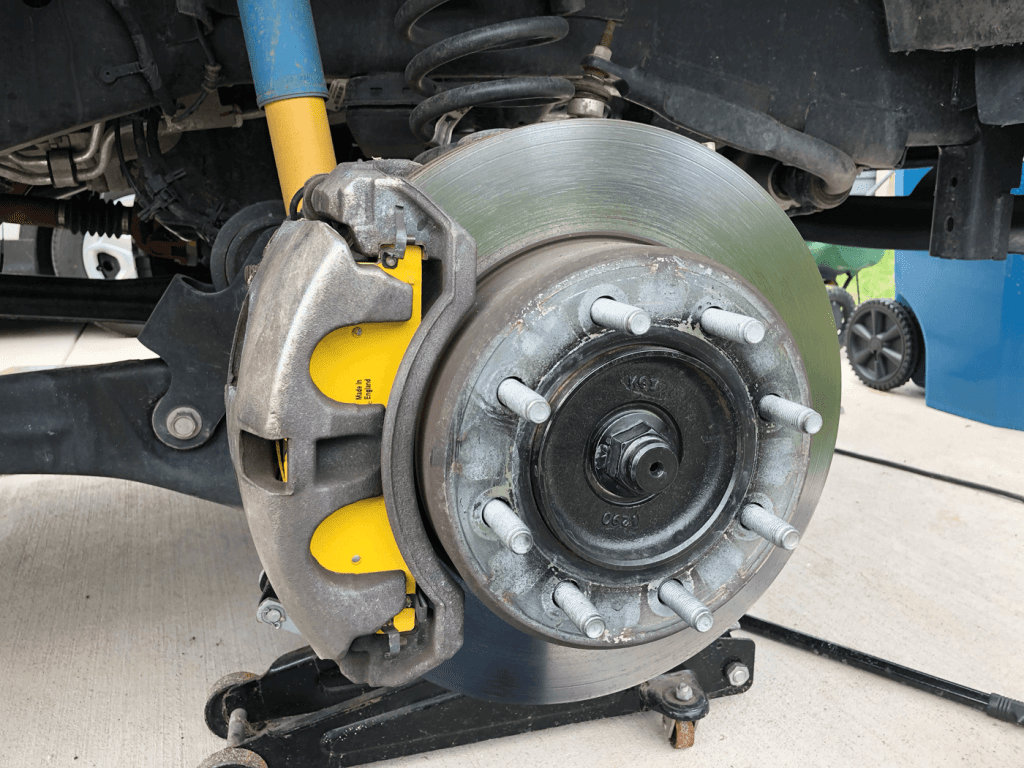 It’s the disk itself. Generally constructed of nodular iron for its durability and heat absorption qualities; it is what absorbs the conversion of mechanical power into energy in the form of heat.

They’re the friction element and the most disposable component of the braking system. These are what act directly on the rotor in the braking process and create the conversion from mechanical power to heat energy. These can be made from non-metallic materials all the way to fully metallic or even be ceramic.

The third final and biggest component to the braking system is the caliper itself. The caliper is the mechanical force of the whole assembly, acting as a giant, hydraulic-powered clamp to squeeze the brake pads against the rotor. This is done through the rotor’s internal pistons. Brake fluid is applied via the user’s pedal from the master cylinder. The master cylinder then distributes brake fluid at the requested pressure through the lines to the calipers. The fluid enters the piston and applies its pressure to the surface of the piston, causing it to expand and create a clamping motion on the brake pads and rotor.

How We Fixed It

There was not anything malfunctioning in this whole mechanical process of the brakes on my truck. However, there was something going on and the suspicion was that the brake pads were glazed.

So what is glazing? Glazing is when the brakes have been heated to the point that the material within the brake pad hardens and smooths. Once that happens, it mirrors and can no longer create effective friction against the rotor.

You can temporarily relieve these symptoms by removing the brake pads and sanding their surface. The material overall, though, has already been tempered by heat. The only real way to fix this is to replace the brake pads entirely.

Upon inspection of the brake pads, we were able to confirm that they were indeed glazed. We replaced them with new, higher performance high friction pads from EBC Brakes, which solved my braking troubles. 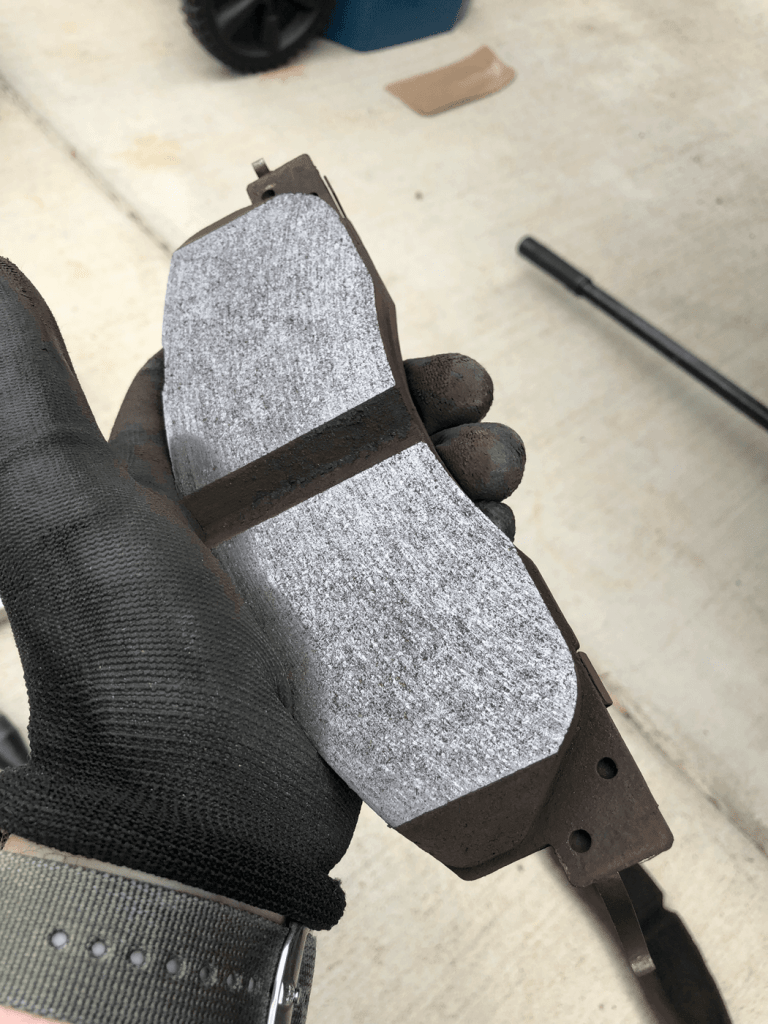 Are you feeling that the performance of your braking system is not where it should be? Break out the tool box and inspect your brakes. It’s a great way to learn how the components of your vehicle work. (Plus, it is also a great way to save money.) Many automotive shops charge hundreds of dollars to complete brake work. Why spend the money when you can do it yourself at home? It’s as simple as spending some time in your in your driveway with a set of hand tools, some creativity, and your favorite Spotify playlist.