→ Submit your rig and win a Tread magazine feature of your truck! ←
Get the Magazine
Events, Off-Road, SUVs, Vehicles
Story by Danny Korecki
Photos by Austin Lester 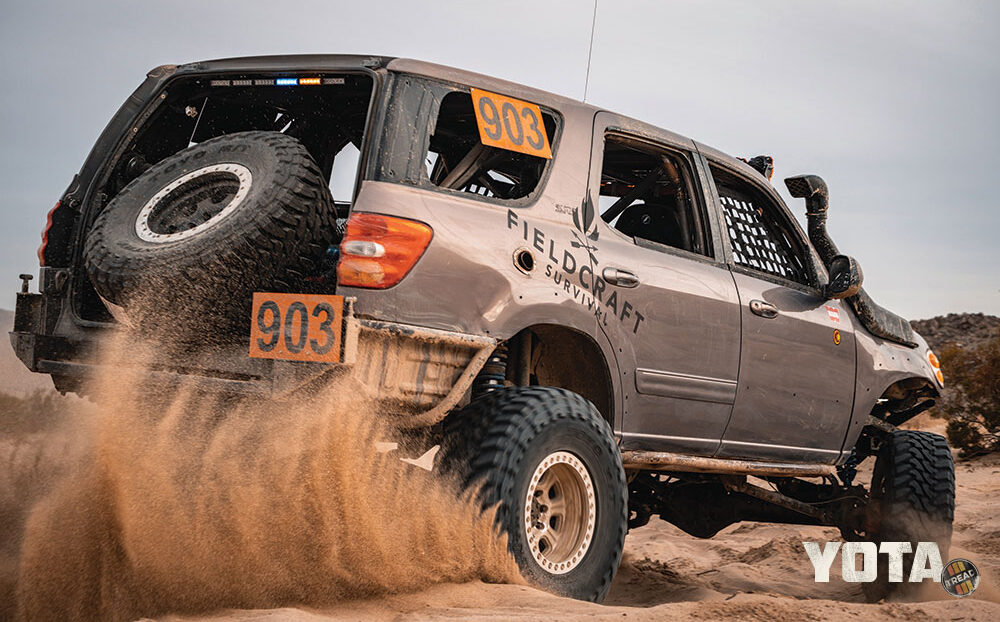 There is something special about being the first. Sure coming in first in a race or competition is great, but to be the first to achieve something no one before you had put a path down to follow—that is truly special.

For Derek Miller that unique thing to achieve was being the first to take on the toughest off-road race—King of the Hammers—with a 2001 Toyota Sequoia SR5.

[I] Needed something reliable to put miles on daily, it wasn’t intended to be what it has become. It was supposed to just be a beater to save miles on my nice truck. 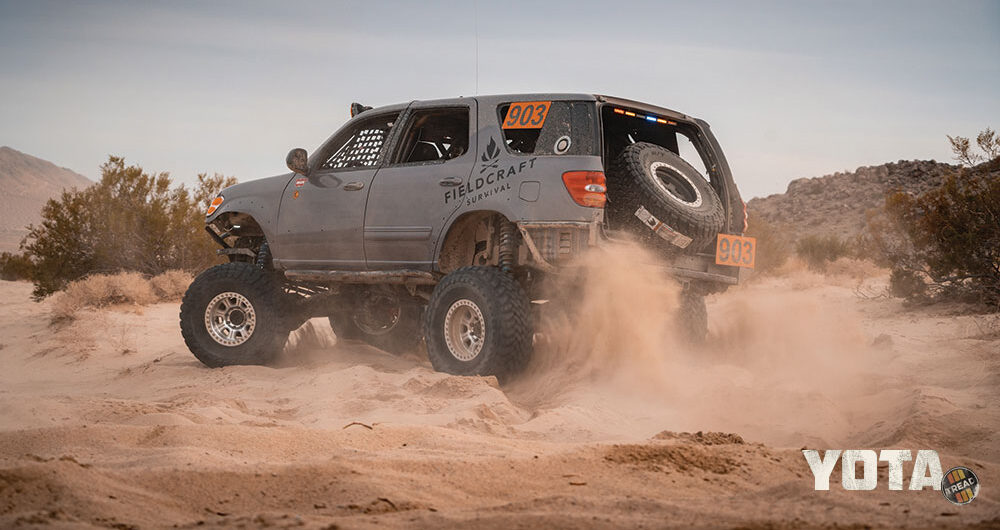 Johnson Valley sand is no competition killer for this modded Sequoia.

Miller’s rig is a 2001 Toyota Sequoia SR5. You might be thinking why a Sequoia? “I found a great deal on it. Needed something reliable to put miles on daily, it wasn’t intended to be what it has become. It was supposed to just be a beater to save miles on my nice truck. It went through several build stages,” says Miller. 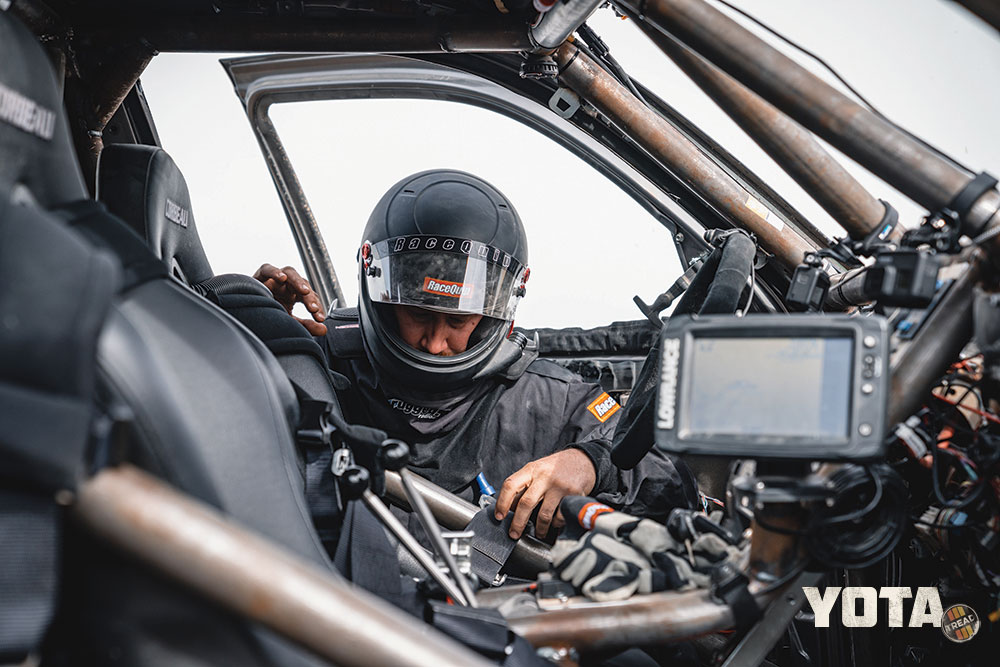 There are plenty of $250,000 builds among the sea of competitor rigs at King of the Hammers, but like most, Miller’s rig didn’t start life as a purpose-built King of the Hammers machine. “The initial plan was to build the most capable rig I could drive across the country with my family, go rock crawling, then drive home. Think Ultra4-style suspension under a family overlanding vehicle,” says Miller.

Miller had seen a few other off-road Sequoias, but he felt he could improve upon the suspension designs and overall functionality of what he had seen. Where other builds stuck to leaf springs, Miller opted to design a system with link suspension and some big travel coilovers. A peek under the hood for last minute checks on the night before the race brought Miller to his zen place.

The Turn to a King of the Hammers Beast

The rig has that stock engine and stock transmission and still looks very much Sequoia-like, but once the goal changed to run in the Ultra4 4500 class, much was upgraded. “The transition to a 4500 class legal Ultra4 vehicle happened in 2 months,” says Miller.

Paving your own path as being the first Toyota Sequoia to take on King of the Hammers has its own feel of a race before the race, as there aren’t exactly parts to order when you are the first to do it. Everything needs to be customized or fabricated to work and that takes time. “Design and labor was just me. As a family man, my wife was a huge supporter of my dream to race King of the Hammers and picked up all the slack,” Miller raves. 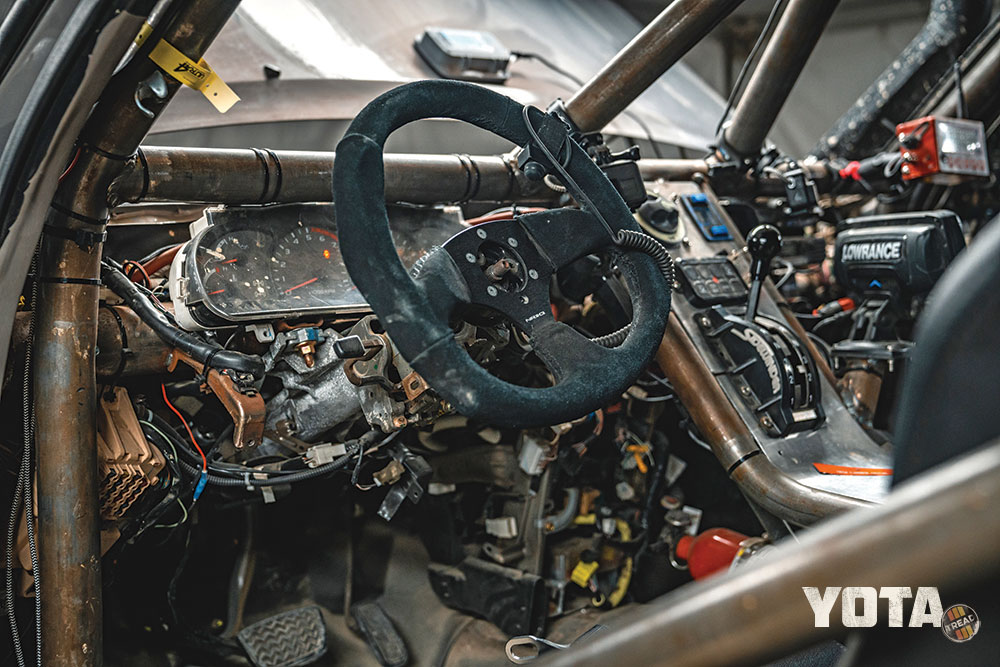 Not your average interior, this Sequoia must keep factory wiring for systems to work properly. The added bonus is that air conditioning and heating functions still operate.

Most important for any off-road build, whether a weekend overlander or a full-on race rig, has to be the suspension. Miller’s Toyota Sequoia features custom 3-link 2.5 x 14” coilovers by King up front and the rear also gets a treatment from King with single triangulated 4-link 2.5 x 16” coilovers which were modified to be within the legal suspension travel restrictions of the 4500 Ultra4 class. 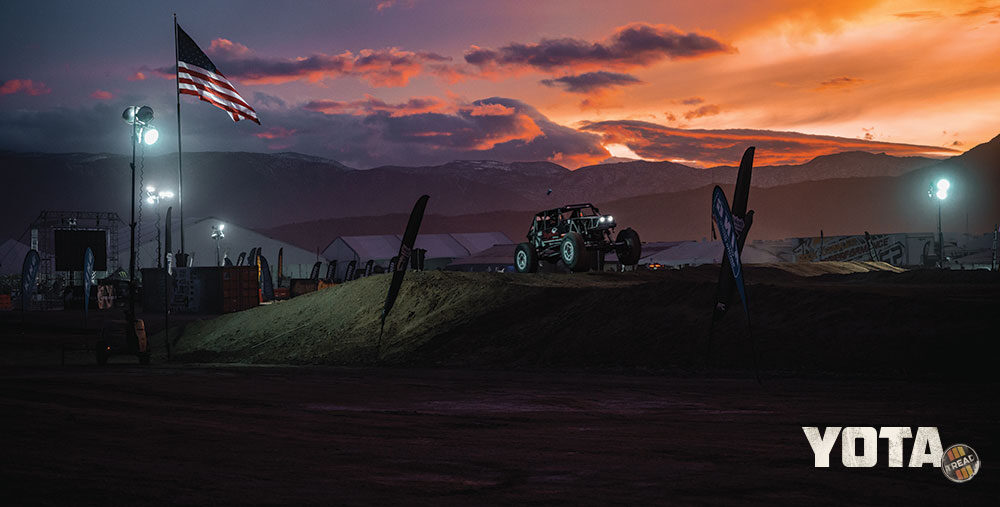 Jimmy Jack clears a jump  during the 4500 Class qualifying run, the typical competitor vehicle for Miller and his team.

The differentials had to be swapped out and customized to take the hits of rock crawling, so out went the stock set for a 2005 and newer Ford Super Duty Dana 60 front and matching sterling rear differential.The front axle on Miller’s rig has a low profile truss and weld-on high steer arms from Artec Industries, while the rear axle has a Ballistic Fabrication shave kit. Both the front and rear axles use Detroit Lockers.

The more race legal modifications that were thrown at the Sequoia, the less driving it on the road becomes enjoyable, but very few King of the Hammers competition rigs can say in their lifetime they competed in the event and were parked out front of the Bellagio in Las Vegas because they couldn’t fit in the valet lot.

“Paving your own path … has its own feel of a race before the race, as there aren’t exactly parts to order when you are the first to do it.” 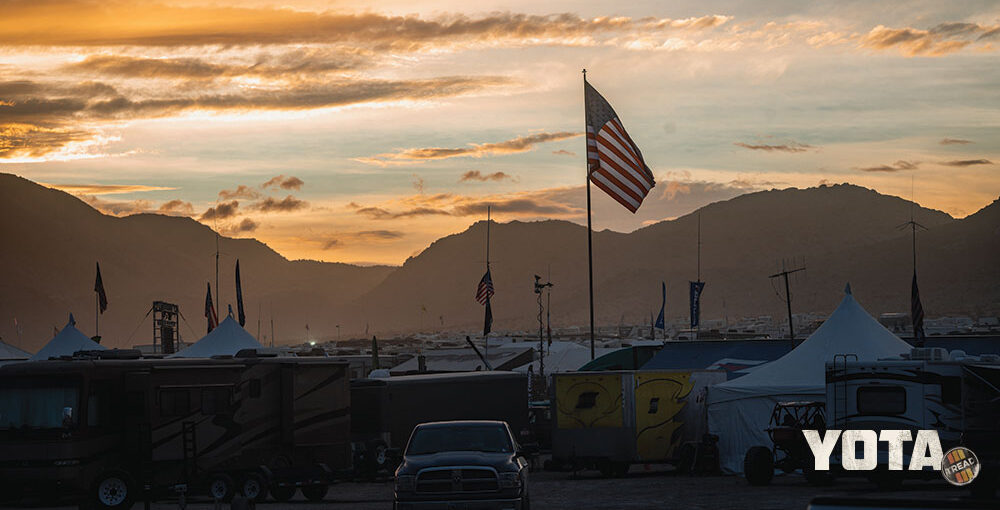 After the two-month time crunch to be within spec of the rules for the 4500 Ultra4 class there was only one thing left to do: Show up and race.

Miller needed a co-driver and those duties went to Mike Hernandez. The duo showed up and achieved something no one else can claim. They watched the green flag drop and off they went in the first-ever Toyota Sequoia to take on King of the Hammers. “King of the Hammers was a huge learning experience and only those who have been fortunate enough to attempt it understand,” says Hernandez. 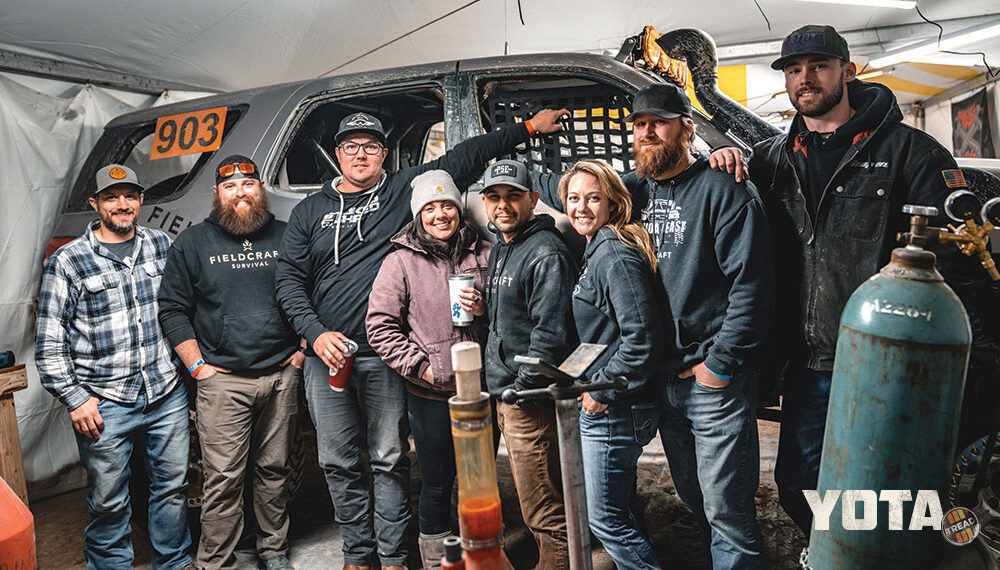 Derek Miller, Mike Hernandez and their crew proudly pose the night before the big race day.

A small break in the steering system held them up a bit to repair and lead to being caught in a traffic jam. Unfortunately for our racers, that caused them to time out and DNF.

For Miller, 2021 King of the Hammers was just the beginning of his journey into off-road racing. He has spent the last few months perfecting his craft traveling to races on his own dime to help out in support rolls for other racers and friends with one goal: to learn. He is planning on competing in 2022 King of the Hammers with the goal to not only finish, but to finish in the Top 10.