Apache! The Last of the Hemis

We are living the last golden hours of the V-8 engine.

With the constant war being waged against the internal combustion engine by the electric car, there are increasingly less and less reasons you can argue on why these dinosaur-powered machines should stick around. At any rate, we should enjoy them while they are here . So, over the next few weeks we will be covering the history and background of the best V-8 truck engines on the market so you can go get one now, and have fun while you can. 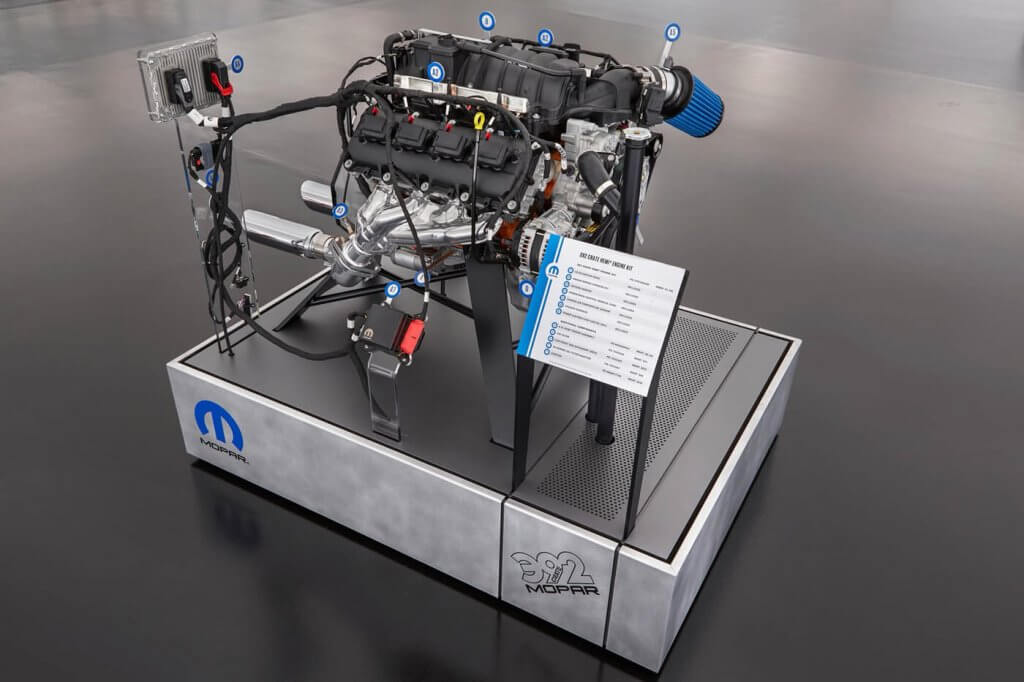 Up until 2002, Chrysler had offered the 8.0L Magnum V-10 engine, producing  300 hp and 450 lb-ft of torque. A monster of a gasoline engine, it rivaled the 5.9L Cummins engines available at the time In both horsepower and torque up until the end when the Cummins surpassed its torque output by a mere 10 lb-ft of torque. Ending in 2002, Chrysler had no large displacement gasoline engine as an alternative to the Cummins available in any of their trucks.

Starting in 2014, Chrysler engineers debuted the new 6.4L Hemi engine, code named Apache. The 6.4L Apache displaces 392 cu-in, and was designed from the ground up as a medium-duty commercial truck option, falling in line with the 6.7L Cummins medium-duty rating, as well. Pulling from Chryslers long history of engines, going all the way back to World War II, the Apache features high end durability enhancements. Receiving upgrades in the form of tough alloy exhaust valve seats, sodium-filled exhaust valves, aircraft grade stainless steel gaskets and fasteners, and a high-efficiency and high-flow oil cooling system with piston jets and an oil cooler designed with the aid of computational fluid dynamics. All forged internals, with a cast iron block, cross bolted main-bearing caps, and 356 aluminum—and the list keeps going and going.

An active dual-runner-length intake manifold, that boosts both low and high end power by maximizing the natural supercharger effect of the manifold, and a 10.9:1 compression ratio gives this big engine 410 hp and 429 lb-ft of torque. Variable valve timing through the use of a hydraulic cam phasing system, ensures that the engine, despite being designed to run on mid-grade 89 octane fuel for maximum output, can run seamlessly on regular gasoline.

A unique dual-spark system on the engine gives two spark plugs per cylinder, with the coil plug firing the plug it resides over and a wire that runs across the engine to the opposite bank to fire that plug. The extra plug fires during the power stroke to more fully burn the fuel in the cylinder, which provides more power in the down stroke and also numbers the amount of catalyst plates needed In the exhaust system. This also has the benefit of allowing the primary spark plug to fire closer to top dead center, increasing torque and cutting NOx emissions.

Featuring a cylinder deactivation system called MDS (multi displacement system), the engine has the ability to shut off fuel in the passenger bank of the engine when power is not needed. This equipment was part of the initial design of the engine, not an afterthought, so it is fully integrated into the engine design. This improved reliability by reducing complexity and lowered the manufacturing cost. How it works is a hydrualic lifter activates, which cuts off the valve lifters so that energy is not lost by pumping air through those cylinders and compressing it. The transition can be completed in less than .04 seconds, and unless you have super human senses, you will never know it is there.