Best of Both Worlds: An Aussie Toyota Pickup on American Shores 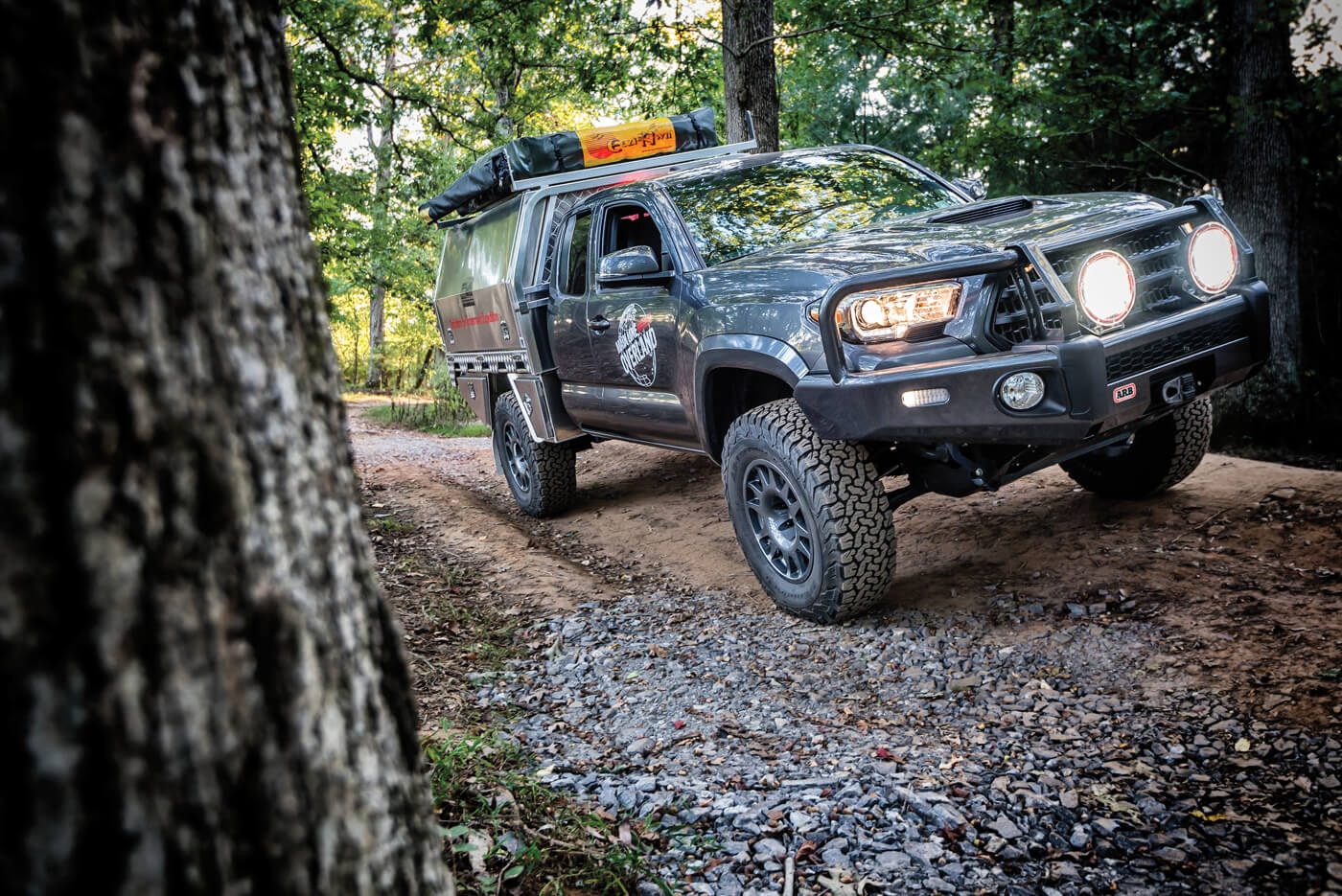 It’s not uncommon for off-road enthusiasts in North America to drool over unobtainable vehicles that are commonplace in other parts of the world. While the rest of the world has access to everything from diesel-powered Land Rover Defenders to modern-day Ford Rangers, our available selection of off-road-capable vehicles tends to be more conventional—and sometimes even less suitable—for our off-roading needs.

The iconic Toyota Hilux is one such unobtainable pickup (or ute as they call them in Australia) that many off-roaders in our parts would love access to. The Hilux is a rugged cousin of the more civilized Toyota Tacoma. It is available with a proven diesel-power plant, but is not available in North America—not that the Tacoma is a slouch by any means, but it’s nice to have choices.

Some Australians find themselves on the opposite side of this issue, as the venerable Toyota Tacoma isn’t available in Australia. Recently, it seems as if we might finally get the edge in this mutual admiration pact that we’ve been thrown into. There is now an American Toyota pickup option that combines some of the best attributes of both. 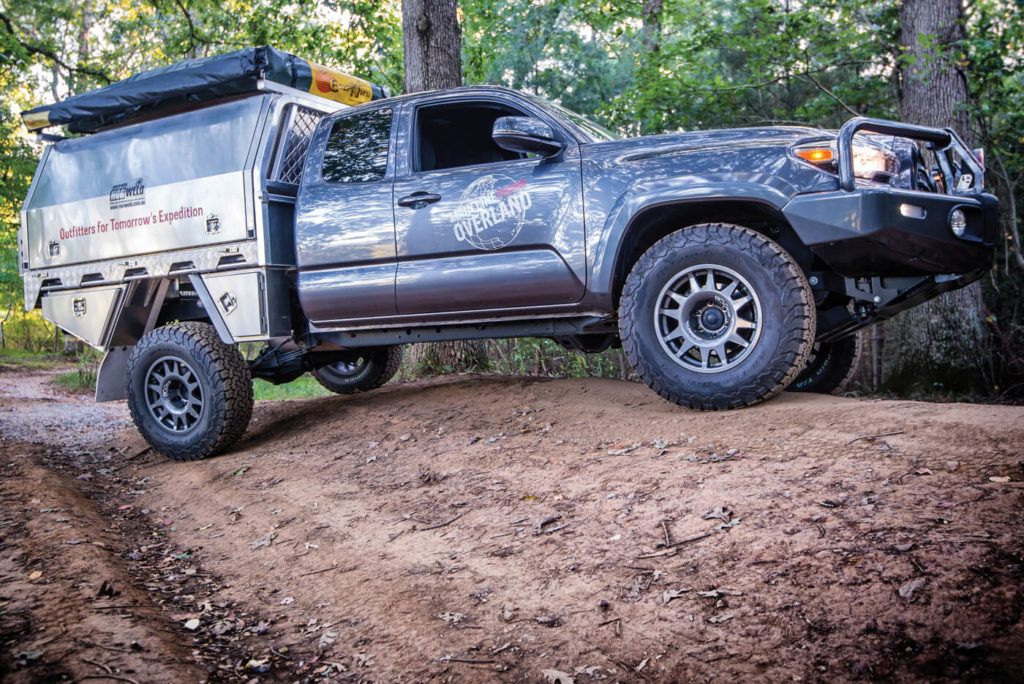 No, you still can’t get a diesel, smaller truck or completely bare-bones Toyota pickup here in North America; but, the crew at Main Line Overland has an interesting alternative to the standard Tacoma, which brings many of the best attributes of the typical Australian Hilux build to the North American market.

Main Line Overland is an off-road vehicle modification shop and aftermarket overland parts retailer, headquartered in West Chester, Pa. Three ambitious brothers, whose focus on bringing the very best overland products and builds to the East Coast, run this unique company. They continually search the globe for products that offer high levels of form and function, striving for seamless intuitive design, while delivering quality unique builds to their customers.

“MAIN LINE OVERLAND HAS MANAGED
TO BUILD THIS TACOMA IN SUCH A WAY
THAT IT REALLY IS READY FOR WHATEVER
JOB OR ADVENTURE YOU PRESENT IT WITH.”

Besides offering retail product and vehicle builds, they also offer the unique experience that is the Mid-Atlantic Overland Festival. Held each summer on the family’s sprawling farm in rural Huntingdon, Pa., the Overland Festival provides customers and the overland community a yearly gathering place to deploy their camping setups, test their vehicle’s off-road prowess and find inspiration for their next, grand overland adventure.

The concept behind this 2016 Tacoma build is to create a truly versatile truck: A truck that is suited to comfortably get around town as a daily driver, can do the large-load chores a pickup was designed to do, can be extremely capable off road, and still be able to set out on overland adventures with friends in a moment’s notice—all in comfort and style.

Versatility is the driving force behind the Main Line Overland Tacoma build. The idea is that, with just a little effort and time, you can transform the truck to accommodate your needs for any specific mission. It can easily be converted from a flatbed-style hauling machine, to a ute canopy-style gear hauler—for work or pleasure—to a fully outfitted comfortable truck camper, with the use of only a few tools. 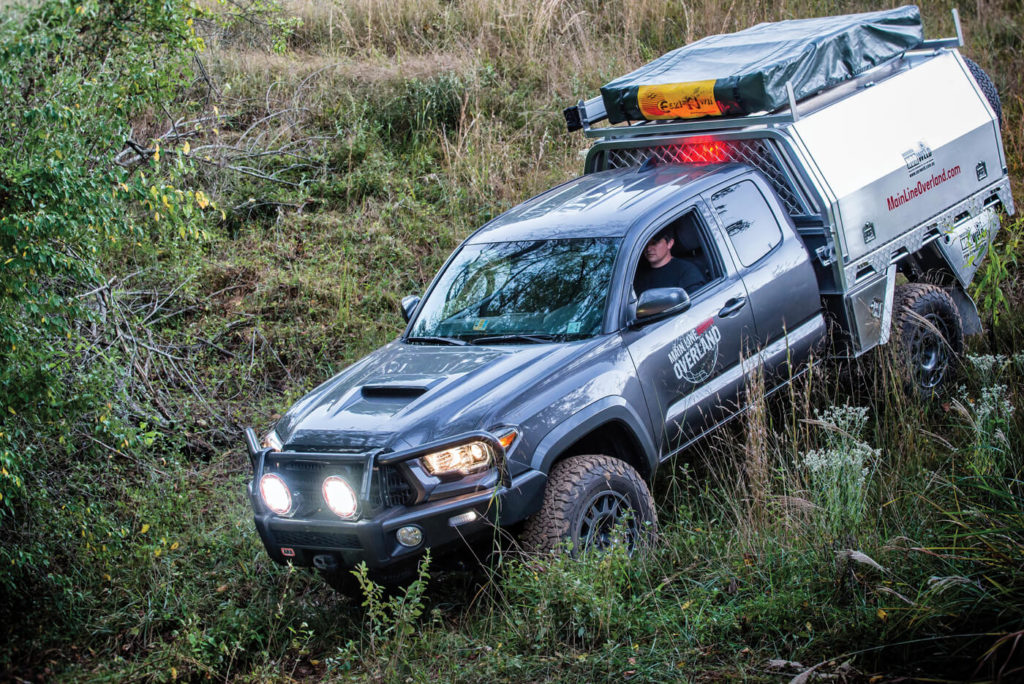 The concept behind this 2016 Tacoma build is to create a truly versatile truck.

That versatility also includes being extremely capable on and off road, unloaded or filled to capacity. Usually, when trying to build a rig to do so many things, you get something that does nothing well, and everything okay. With the right selection of high-end and unique components, Main Line Overland has managed to build this Tacoma in such a way that it really is ready for whatever job or adventure you present it with.

The key component to this build is the Norweld aluminum tray and canopy system, which is custom designed for this application. The ute-style, tray-back flatbed is a common vehicle modification all across Australia, as it offers unparalleled vehicle versatility, but it has yet to catch on with North American consumers.

As the exclusive Norweld Australia distributor in North America, Main Line Overland is trying to pioneer this style build on this side of the ocean, for both the mid-size Tacoma and full-size Tundra, Super Duty and Ram lines of American pickups. An ARB Summit front bumper protects this Tacoma from impacts.

For this Tacoma build, Main Line Overland removed the stock bed to make way for a Norweld flatbed with under-tray storage boxes, working out to a near-even swap in terms of weight. The custom Norweld gull-wing canopy can be added to the flatbed quickly and easily, with a few friends or some camper jacks, as it only weighs about 580 pounds.

The Norweld canopy can be configured in a variety of ways, ranging from a worksite contractor tool organizer to a full-featured overland systems base camp. U.S. spec Norweld ute trays are specifically designed by Main Line Overland to accommodate the full range of Four Wheel Camper flatbed models, with under-bed options for internally-plumbed gray-water storage. The Norweld tray and can-opy system, with the addition of a Four Wheel Camper, provides three easily-deployed vehicle configurations, offering the broadest range of uses possible on this single-truck platform. To make the Tacoma handle well, on and off road, with a wide range of loads, Main Line Overland has outfitted this truck with top-shelf components—many of which were designed, built and originally tested on the Toyota Hilux in Australia.

Suspension is, of course, the first step in this process. This Tacoma is set up with Old Man Emu (OME) BP51 remote reservoir shocks and OME Hilux rear springs, which combine to create an extremely plush ride, a three-inch suspension lift and the ability to handle a huge load range. To refine the ride and add a level of safety, Timbren SES bump-stops have also been installed. 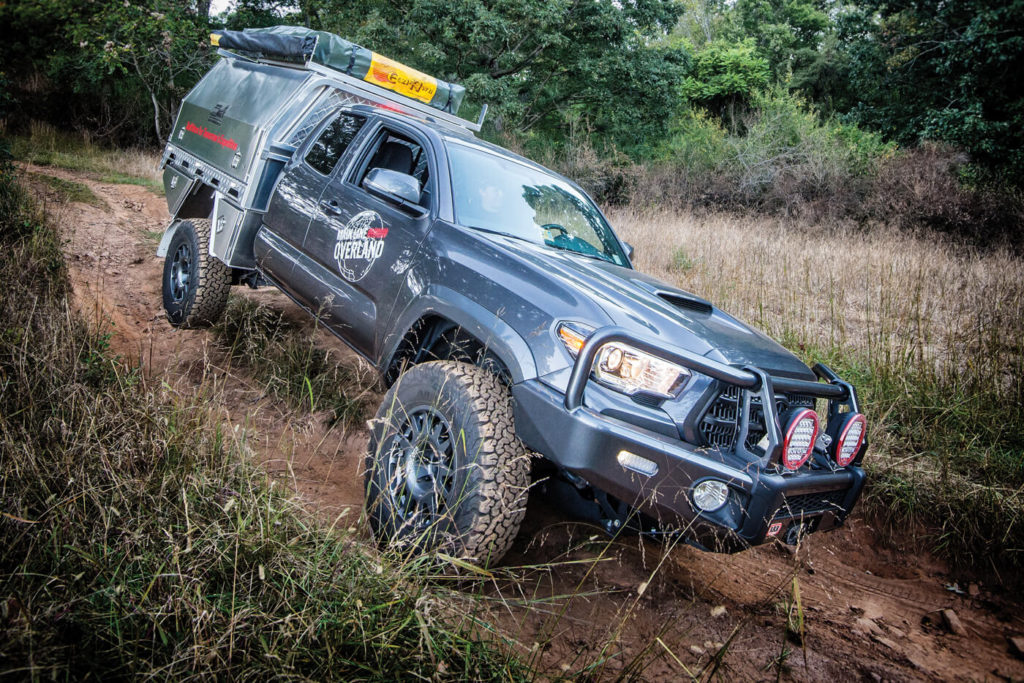 This Taco’s driveline has been upgraded with ARB Air-Lockers and re-geared to Nitro Gear 4.88s

The driveline has been upgraded with ARB Air-Lockers, and re-geared to Nitro Gear 4.88s, front and rear. This combination allows the Tacoma to put its V6 power to the ground efficiently—no matter the terrain in front of it, or the load it’s carrying.

An airbag-compliant ARB Summit front bumper, housing the latest Warn Zeon Platinum winch with synthetic line, protects this Tacoma from impacts, while providing proper off-road recovery points and the power necessary to get this vehicle through difficult off-road situations. 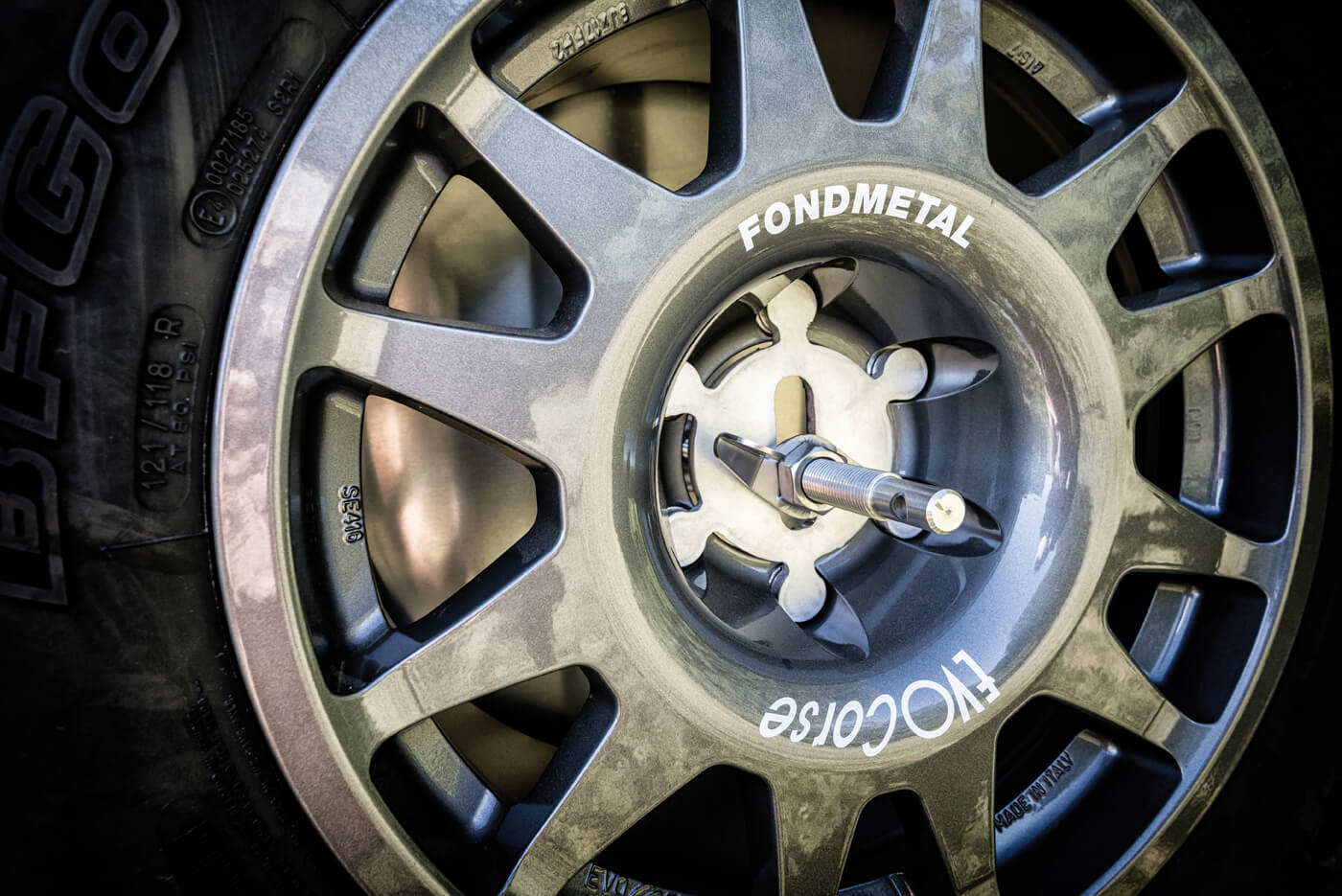 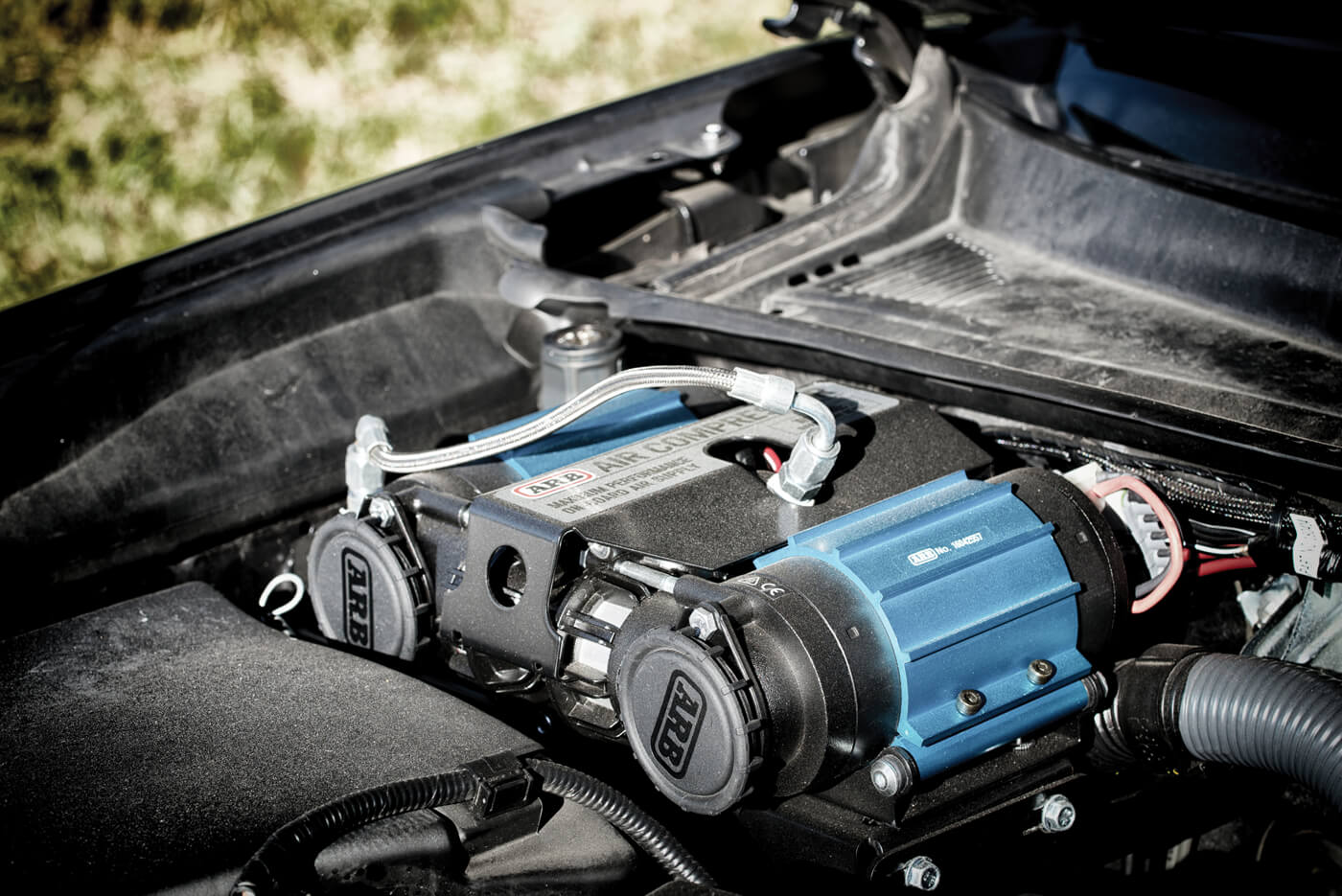 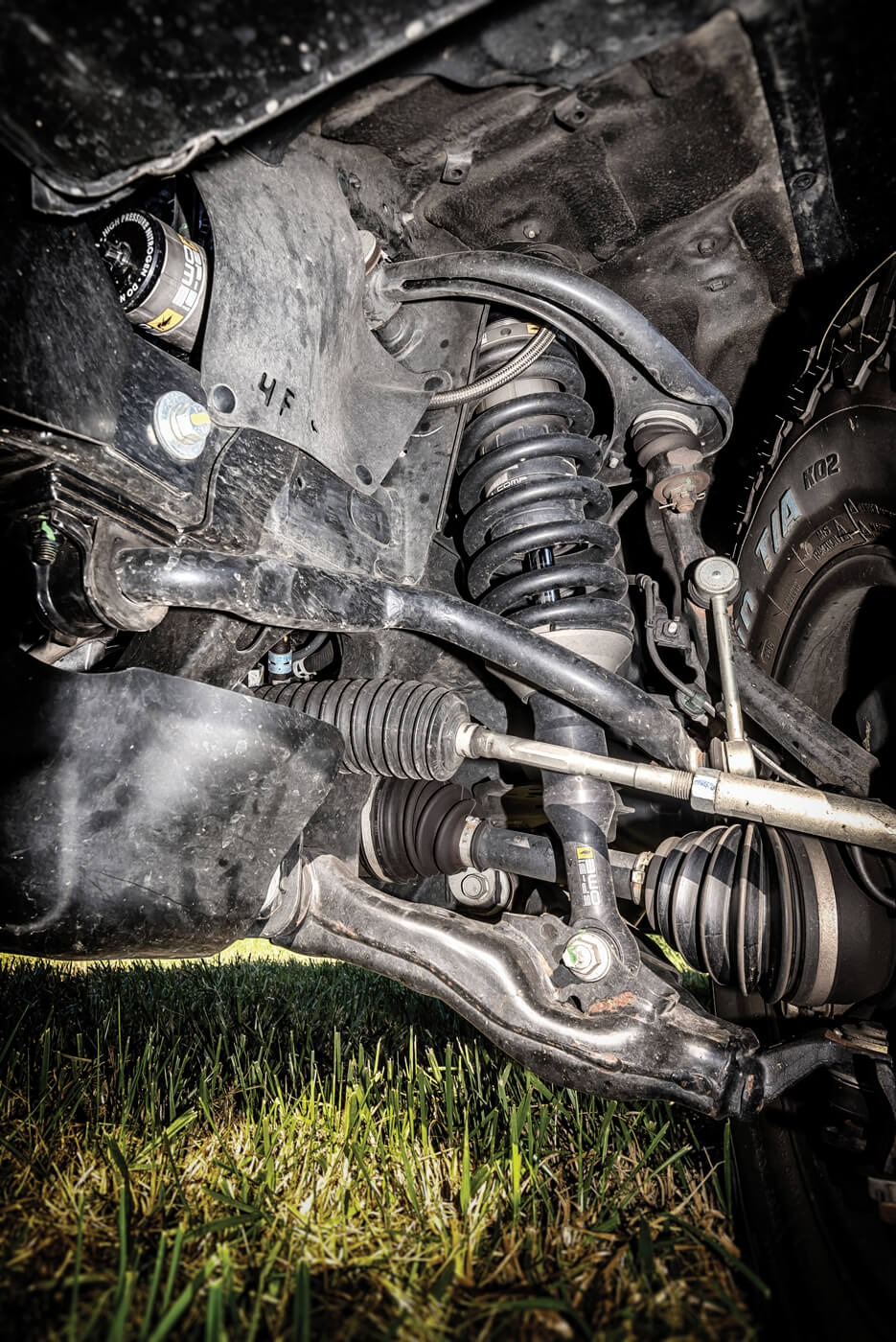 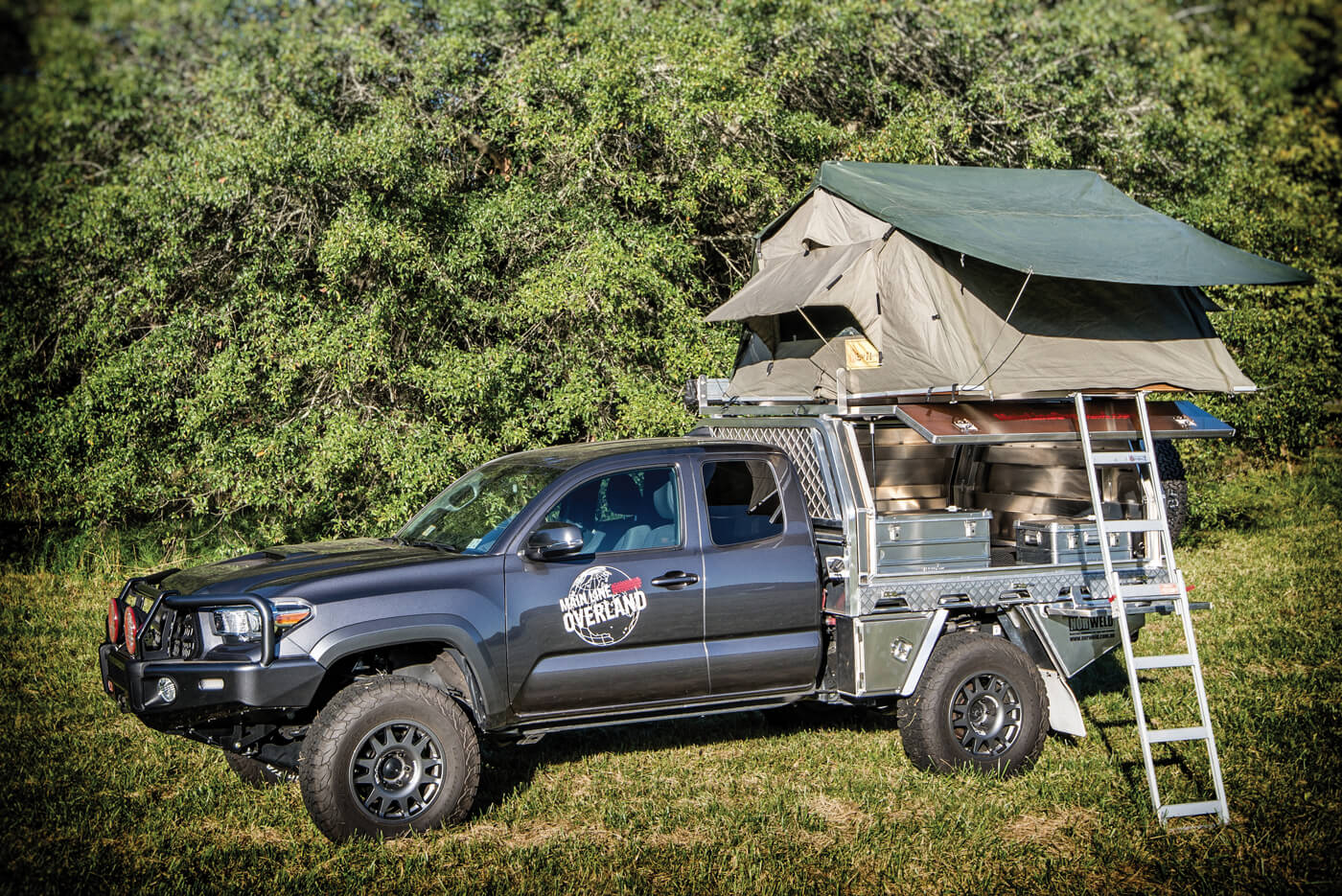 <
►
>
Norweld canopies can be configured in a variety of ways, ranging from a contractor tool organizer to a full-featured overland systems base camp.

Comfort, style, versatility, durability and capability come together in this unique 2016 Toyota Tacoma build. While this build is really just in its infancy, it’s already getting a lot of attention. It can already tackle just about anything you can throw at it, but it will soon have a few more bells and whistles.

A deluxe Norweld canopy—fully outfitted with a pull-out, drop-down 12v fridge, propane stove system, gear-organizing drawer system and more—are already on order, as is a new Four Wheel Campers Fleet Flatbed truck camper. These elements will complete the versatile and truly top-shelf build that is the Main Line Overland 2016 Tacoma.

We can still keep our fingers and toes crossed for a small, powerful and efficient turbo diesel Tacoma option, which isn’t out of the question. But it’s likely that we probably won’t ever see a sold-as-new, bare-bones, nearly-indestructible, utilitarian small pickup on our shores again. Safety and emissions laws just don’t make it a viable option—at least for a reasonable price. In the meantime, this properly sprung, air-bag-compliant, bull-bar-equipped, ute-bed equipped Tacoma is probably the closest thing the North American market will probably see to the legendary Hilux. This ute-bedequipped Tacoma might be the
closest we’ll get to a Hilux here in North America. Editor’s Note: A version of this article first appeared in the Winter 2016 print issue of Tread Magazine.