→ Submit your rig and win a Tread magazine feature of your truck! ←
Get the Magazine
Camping, Hiking, Outdoor, Outdoor Adventures, Trails & Tales
Written by Rylee Parsons

National Park Week calls for appreciating the parks that preserve America’s natural wonders. Home to some of the world’s largest and longest-living trees, Sequoia National Park is no exception. This park in east-central California is full of not only sky-scraping sequoias and redwoods but is also a land of foothills, mountains, canyons and caverns to explore. The vast landscape creates the perfect terrain for hiking, horseback riding, fly fishing, cave crawling and gazing at the stars. But, the one thing on the top of itineraries is visiting the largest living tree on the planet. 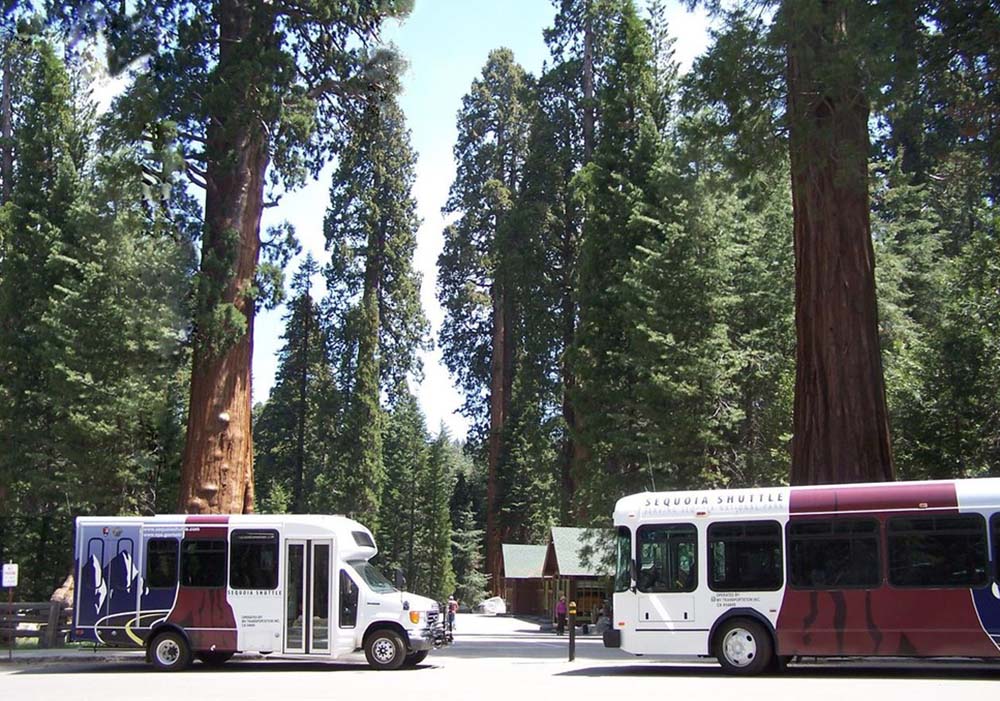 Sequoia National Park is home to other species of wooden giants as well. The park is also abundant with coastal redwoods. The trees are members of the same family but are distinct in several ways. Redwoods are actually taller than most sequoias, reaching up to 378 feet toward the sky. The park’s Giant Forest Museum helps visitors spot the differences. The museum also provides interactive exhibits and forest trails right out its door.

THE KING OF THE FOREST: GENERAL SHERMAN

The General Sherman Tree takes the throne as King of the Forest for being the largest living tree and largest living organism, by volume, on Earth. Between 2,000-3,000 years old, 275 feet tall with a circumference of 102′, this tree is the spot for pictures – if you can fit it in your camera lens. The story of how this heart of the park got its name follows James Wolverton who discovered the tree and named it after his lieutenant in the 9th Indiana Calvary, General William Tecumseh Sherman. 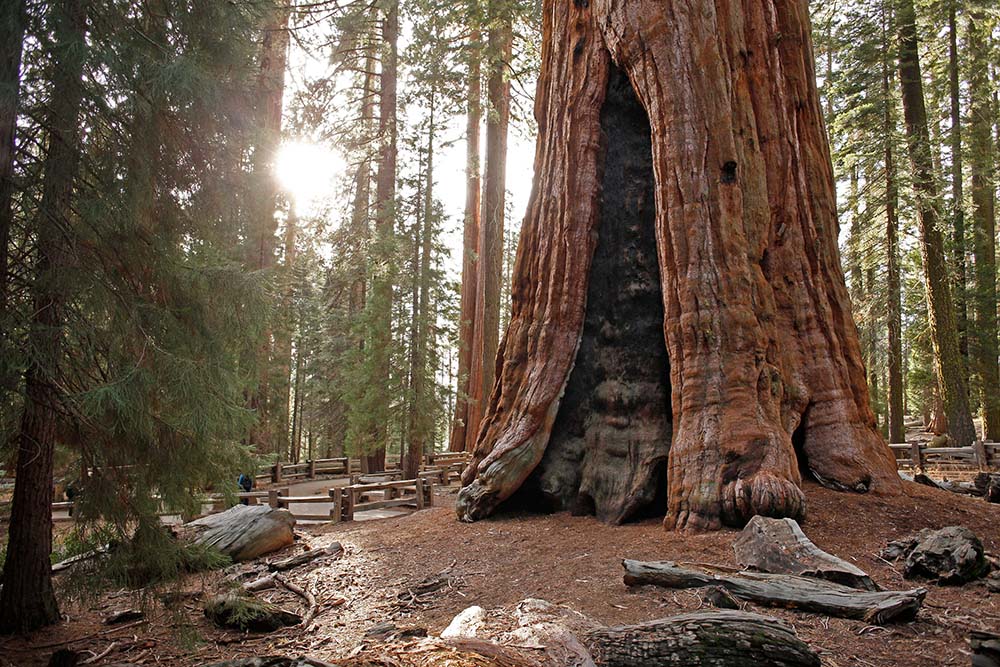 WONDERING IN THE WOODS

Sequoia National Park has over 800 miles of trails for hiking. The multitude of options has something for everyone with walks ranging from easy to very difficult. A popular and paved path is along the Congress Trail that loops around the Giant Sequoia Grove. For those chasing waterfalls, Tokopah Falls Trail leads to the 1,200-foot tall cascades of water. Rock climbers will find their way to Moro Rock’s granite dome but everyone has a chance to see its views of the Great Western Divide with the 400-step staircase. 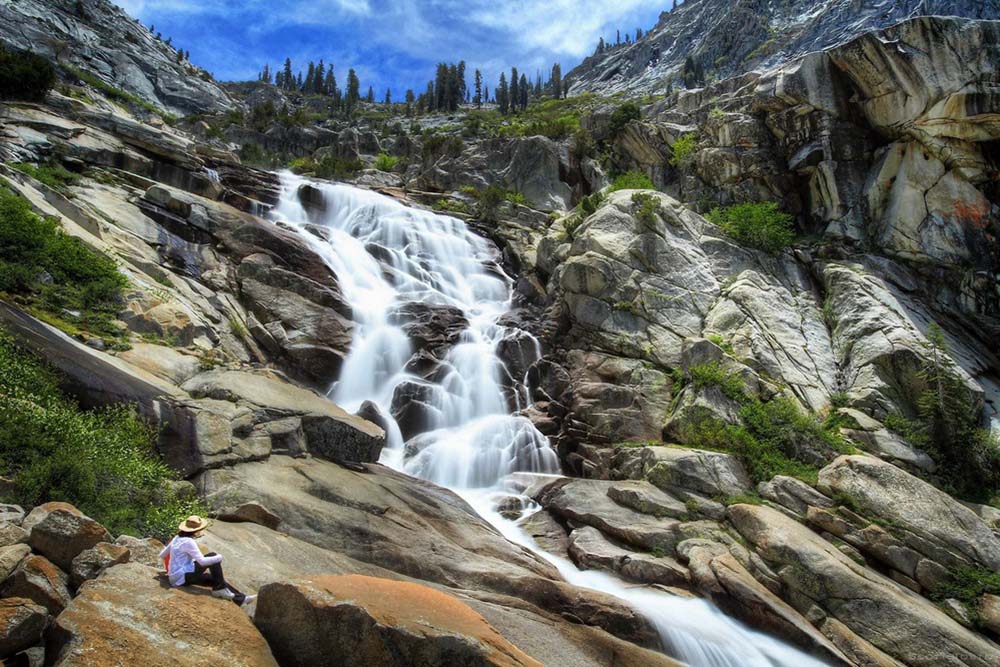 More spectacular views can be found on the Crescent Meadow Loop Trail among wildflowers and wildlife. A can’t miss spot on the hike is Tharp’s Log, a hollow sequoia converted into a cabin by settlers. A long yet rewarding hike is the Converse Basin – Boole Tree trail. The path goes around fallen sequoias from old logging days and leads to breathtaking sights of both the Kings River Gorge and Sierra Nevada mountains.

FOXES AND FROGS: WILDLIFE IN SEQUOIA

The National Park is filled with 300 different animals as its stark elevation range creates a mix of habitats. Using quiet steps, creatures like deer, frogs, turtles, foxes, birds, fish and sheep may show themselves. Don’t forget to keep an eye out for other animals like black bears, coyotes, mountain lions and snakes. No matter how friendly they look, keep the wildlife wild by staying back and putting the zoom on your camera to good use. 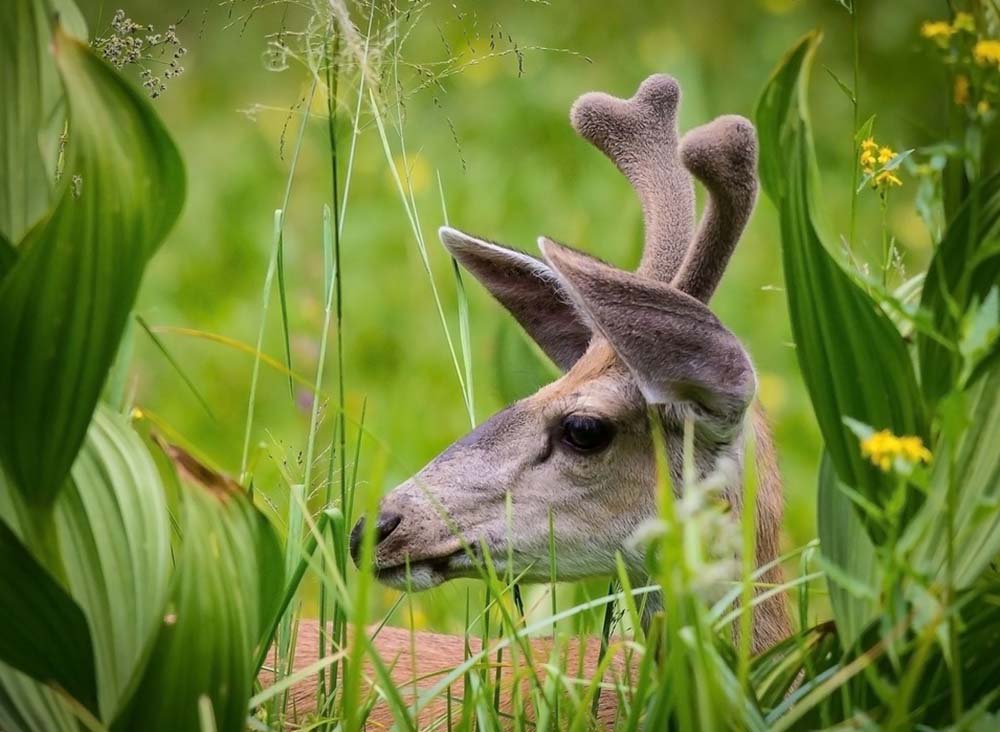 TAKE A WALK AMONG GIANTS

The sights to explore are practically endless, especially as the park joins Kings Canyon National Park. Visit year-round to change activities between horseback riding and fishing to skiing and snowshoeing. Standing beside or looking out over the natural wonders in Sequoia, it’s no question why this land of towering trees deserves attention on National Park Week. Any trip to visit the second oldest National Park in the country is one not to forget.