The Art of Crafting Compelling Images 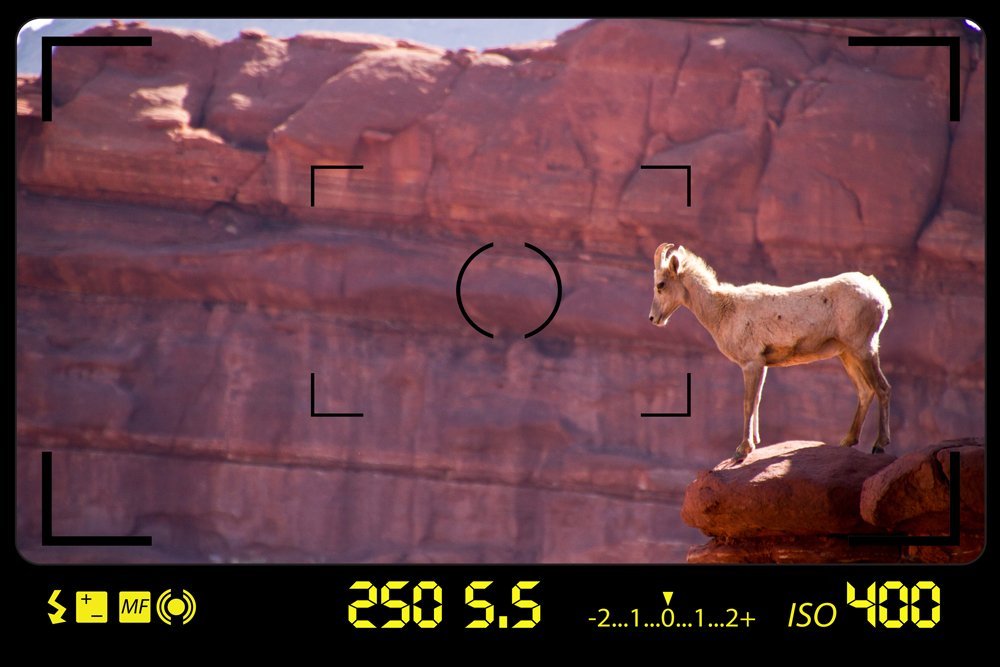 I don’t spend much time on social media, but when I do I’m often assaulted by a stream of pictures that must have been taken by a camera-wielding cat (we’ll call him Garfield) that leaped from a moving car. They’re often out of focus, poorly composed, poorly lit, or the photographer cut off someone’s feet or head and left me wondering what the subject was. Apparently our feline shutterbug, while attempting to land on its feet, put zero thought into composing said images. In the inaugural Viewfinder we discussed the age-old truism that the best camera for any job is the one you have in your hand. Here we’ll delve into the most crucial component of creative imaging: Creating compelling images. We’ll discuss how to identify your subject, frame it, and fine-tune the composition prior to hitting the trigger. 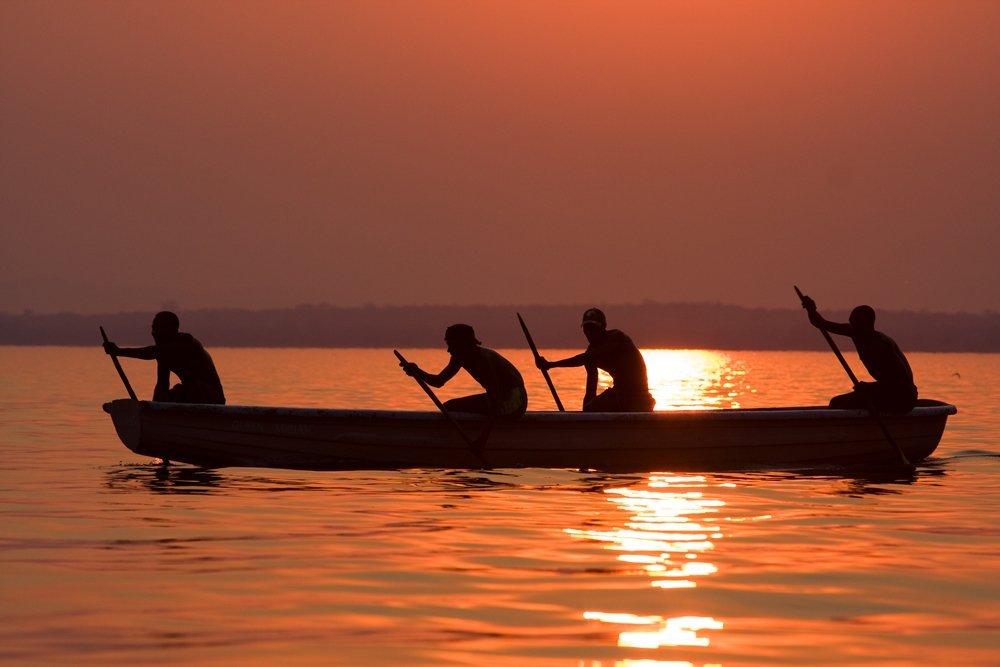 I don’t consider myself a highly technical photographer, so the fact that 90 percent of the art is conceptual leans in my favor. I’ve found the key to great visual storytelling begins with a mental shot list or storyboard. Some of this is performed in advance, such as when photographing a vehicle feature or working with a commercial client, but during backcountry adventures it usually begins as a blank canvas—short of researching the area I’ll be traveling. The critical element is being aware of your environment, maintaining a vigilant eye for potential subjects, be ready for what might be around the next corner, and always having a camera within reach.

TIP: Keep your mind open, your eyes moving, and a camera at hand.

The 60 minutes that bookend sunrise and sunset, aka the magic hours, present prime opportunities to share Mother Nature’s brilliant palette of fiery oranges, crimson reds, and golden arrays of yellow. A good photographer anticipates how to capture that money shot during the magic hours. However, our adventures happen on a 24/7 schedule, so don’t stow your camera just yet. 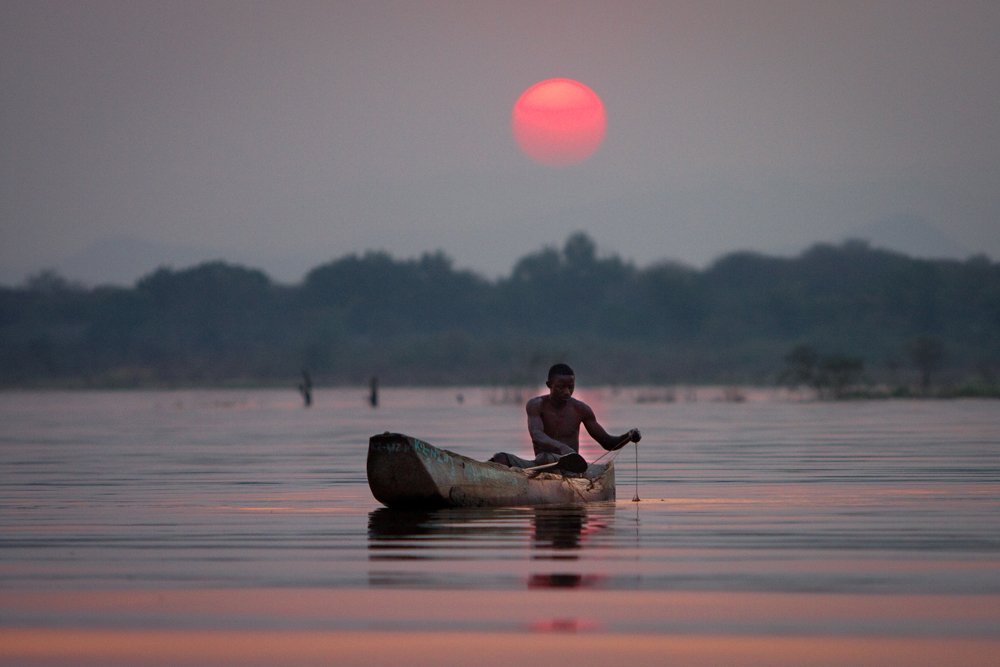 While midday light can be harsh, today’s digital cameras have advanced microprocessors, ultra-sensitive sensors, and do a remarkable job of managing dynamic range. Additionally, programs such as Adobe’s
Photoshop and Lightroom take post-processing adjustments to a new level. When the sun goes down and the constellations parade across the heavens, grab a tripod and experiment with capturing time exposures of star trails or the Milky Way. Having said this, any time of the day offers opportunity to pen the next chapter of your visual storyboard. But I digress … back to Garfield and composition.

TIP: Be ready to shoot at any time of the day.

Rule of Thirds and White Space

When it comes to crafting compelling images, The Rule of Thirds, which divides a frame into three equidistant slices along the X and Y axis, was developed in the 1700s as a guideline for artists to balance tonal shades in a painting. Its conceptual roots made a natural migration to film photography and is still acknowledged as one of the core principles of composition. The general premise is to place your subject anywhere but dead center (the bull’s eye). While the bull’s eye technique can be very effective, situating the subject off to the side or in the lower third can transform an image from mundane to magical. The rest of the frame, often referred to as white or empty space, can provide a sense of scale, drawing the viewer’s eye to the subject and prompting the mind to envision it in a grander environment. If you are submitting the image for publication, the art director will certainly appreciate the additional real estate to overlay your story.

“The Magic Hour was the perfect time to photograph fishermen on Lake Kariba, Zambia.” 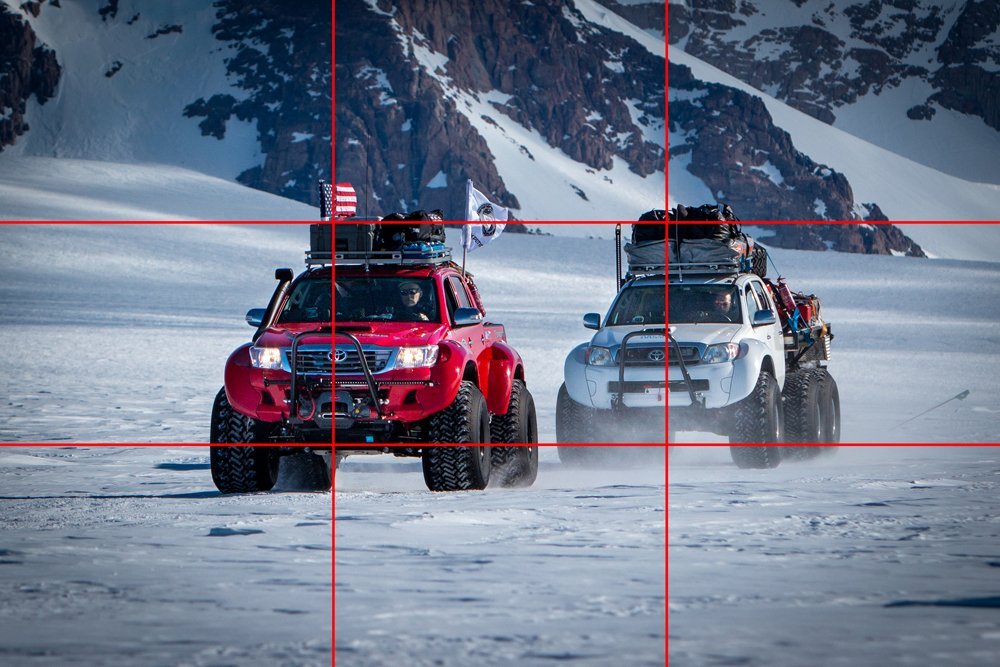 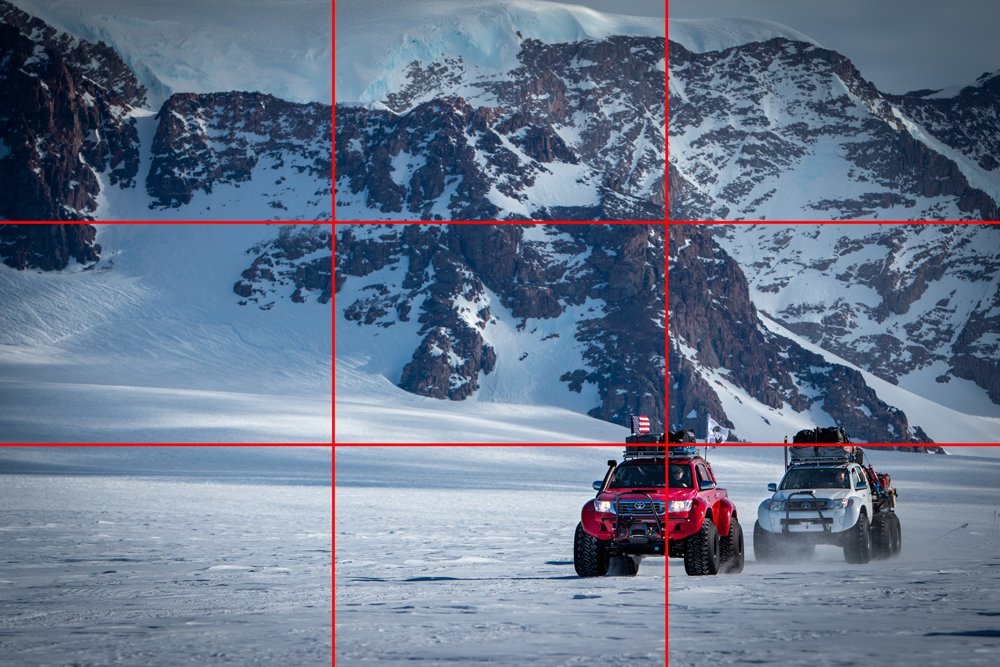 These images, captured while crossing Antarctica, offer a good example of the Rule of Thirds: placing a subject near the outer edges of the frame will provide a grander sense of space. 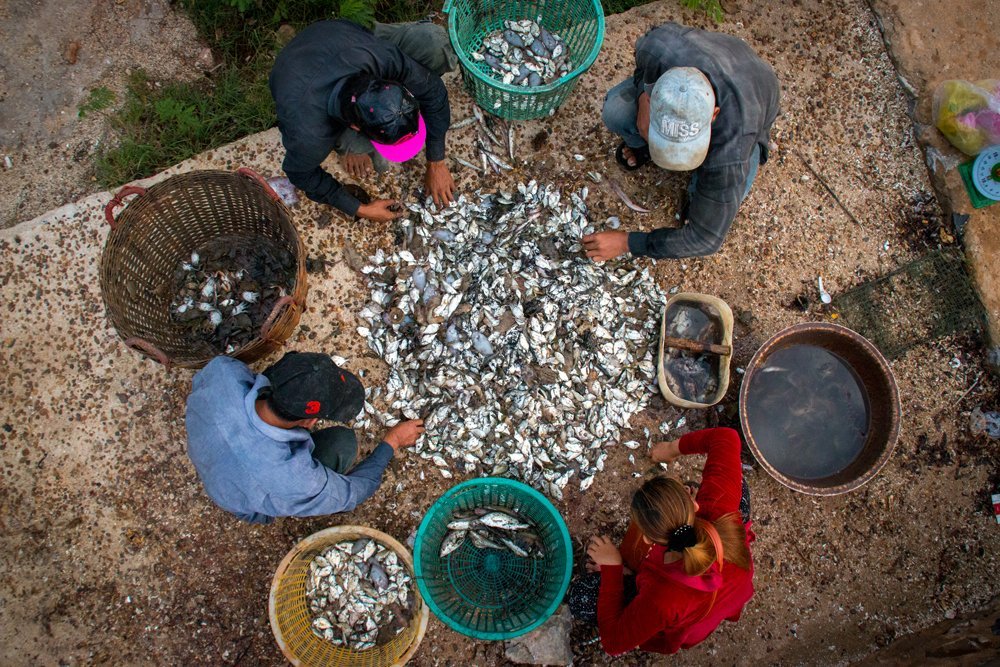 Mounting my camera on a tripod, setting a 10-second timer, and raising it overhead allowed me to glimpse a bird’s-eye view of fishermen sorting their catch along the Cambodian coast.

TIP: Try placing the subject in various zones of the frame.

Now that we have a “core principle” in our bag of tricks, let’s get into creative imagery in our compelling images. Most of Garfield’s photos have one thing in common: they look like those created by a million other confused cats. We call this Six-O photography, the instinctive urge to raise the camera to eye level (6 feet 0 inches), point it at the subject, and press the shutter. But how would an ant or bird view the scene? How about your buddy Fido? By framing a setting from a different angle, you can drastically enhance the final product. Stand on the roof of your rig or other elevated position, drop to your belly with the ants, shoot from the hip. By practicing with your camera/lens combo and reviewing the results, you will be able to instinctively compose some shots without looking through the viewfinder. 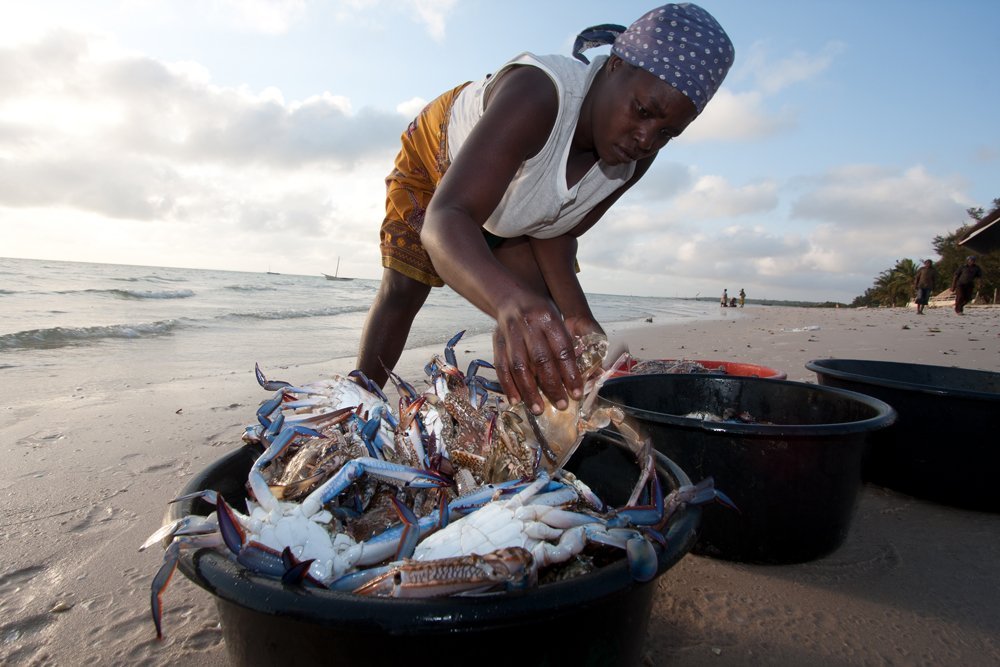 By placing my camera near the ground I was able to capture an ant’s-eye view of a woman sorting a basket of crabs on the Mozambique coast.

We’ll get into camera and lens selection another time, but there is no substitute for a telephoto or wide-angle lens. I’m a Canon guy and have an extensive selection of their professional L-Series glass, but an economical telephoto zoom can provide reasonable wide-angle (usually 28mm) and impressive reach. In creating compelling images, I try to dissect a scene into multiple components, analyzing which elements can be captured and at what focal length. The two examples here were taken on the same street corner in Old Delhi, India. One was taken with a telephoto and captures closeup detail of a man toting a 25-pound tin of oil. The other, a wide angle, taken with my camera resting on a burlap sack of dried fruit, provides a broader view of the scene. 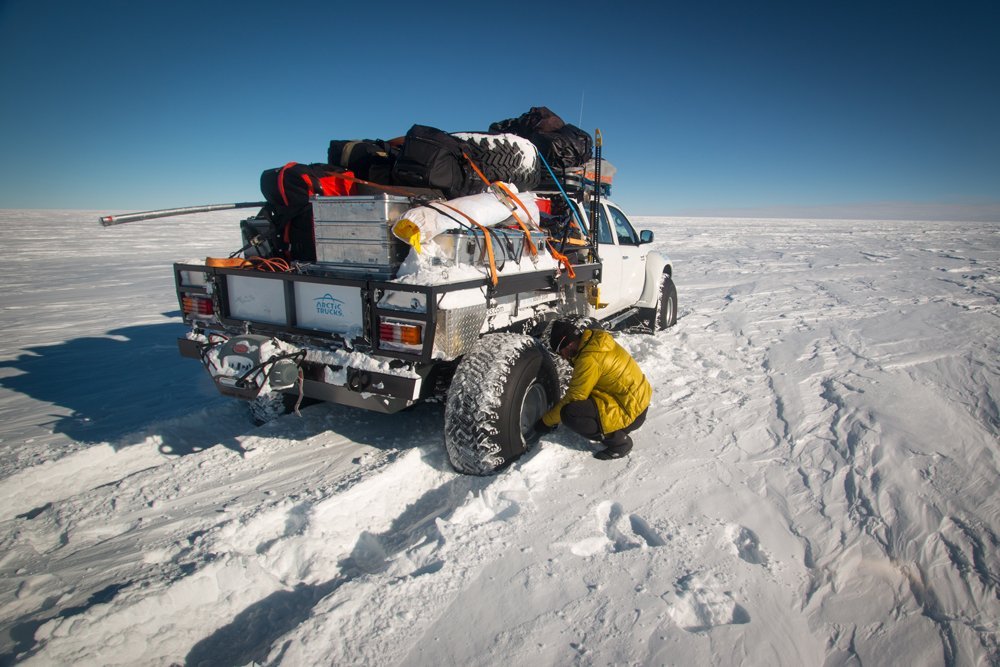 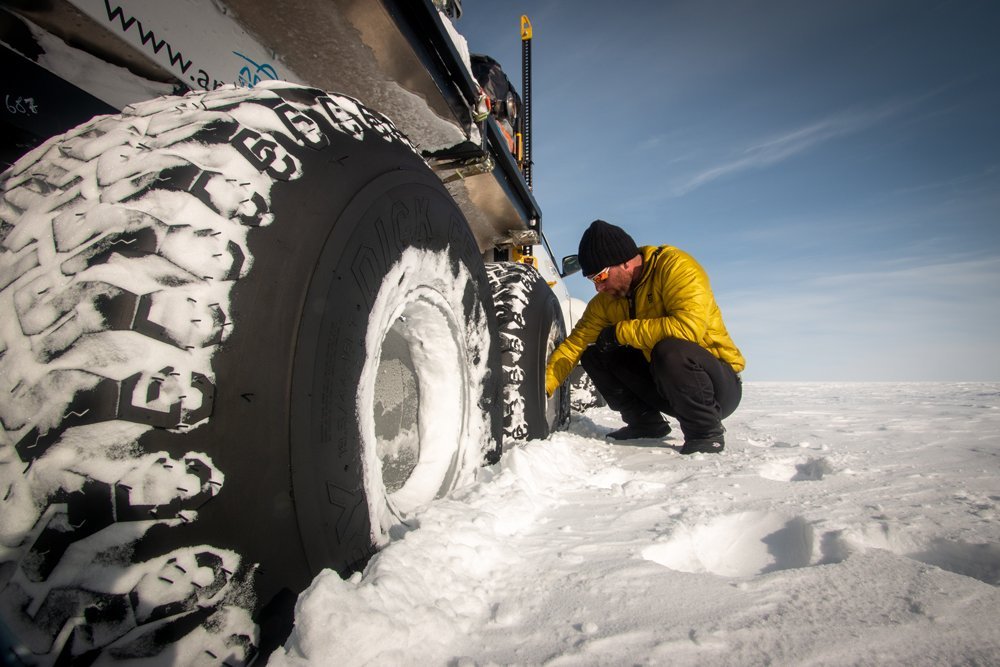 Break away from Six-O photography (top) by shooting high, low, or anything in between.

The “I Love Me” Shot

So, what do we do when we are the subject? Capturing you and your companions in action helps viewers transport themselves into the adventure with you, but setting up these shots can take time. A tripod and timer (or wireless shutter release) is effective, but remember to inform everyone to act natural and not look at the camera (these are not “Hi Mom!” pics). How about trail shots? In the past I’d stop the group and climb up on a hill to capture the big picture, but drones have simplified the process and greatly expanded my creative reach. Stay tuned, as we’ll be getting high on aerial imaging in an upcoming Viewfinder. 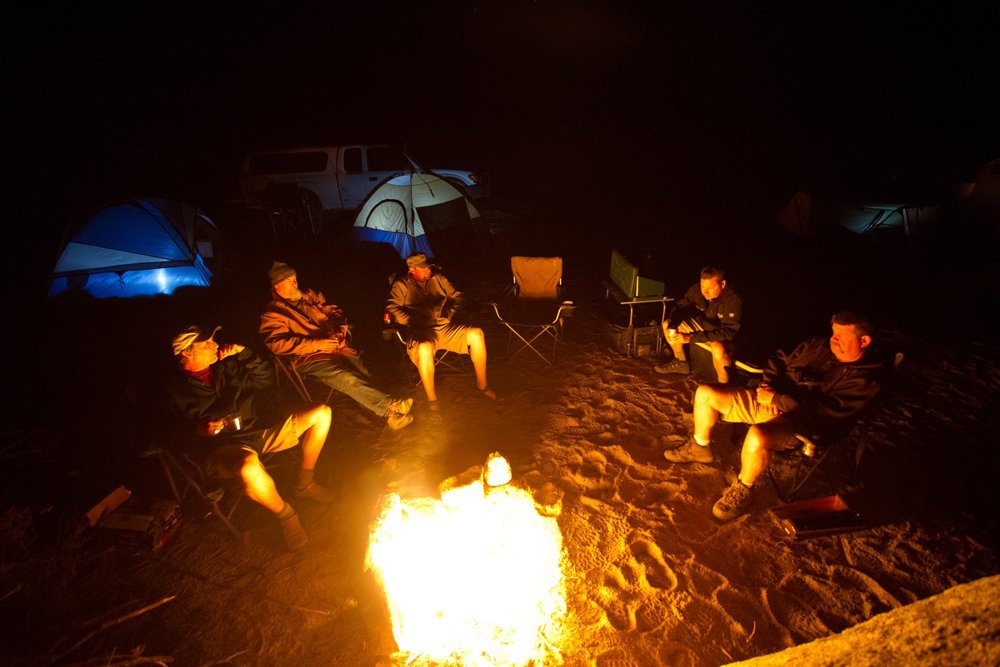 When you are the subject, grab a tripod, set the timer, and jump into the frame.

TIP: Remember, sometimes you are the subject. Get in the picture.

At the end of the day, or our next adventure, the images we share should be more magical than mundane. Remember to have a camera at hand, keep your eyes moving, mind receptive to a changing environment, and mentally compose multiple frames in a given scene. Most importantly, think on your feet, get creative, and step outside Garfield’s Six-O box in order the master the art of crafting compelling images.