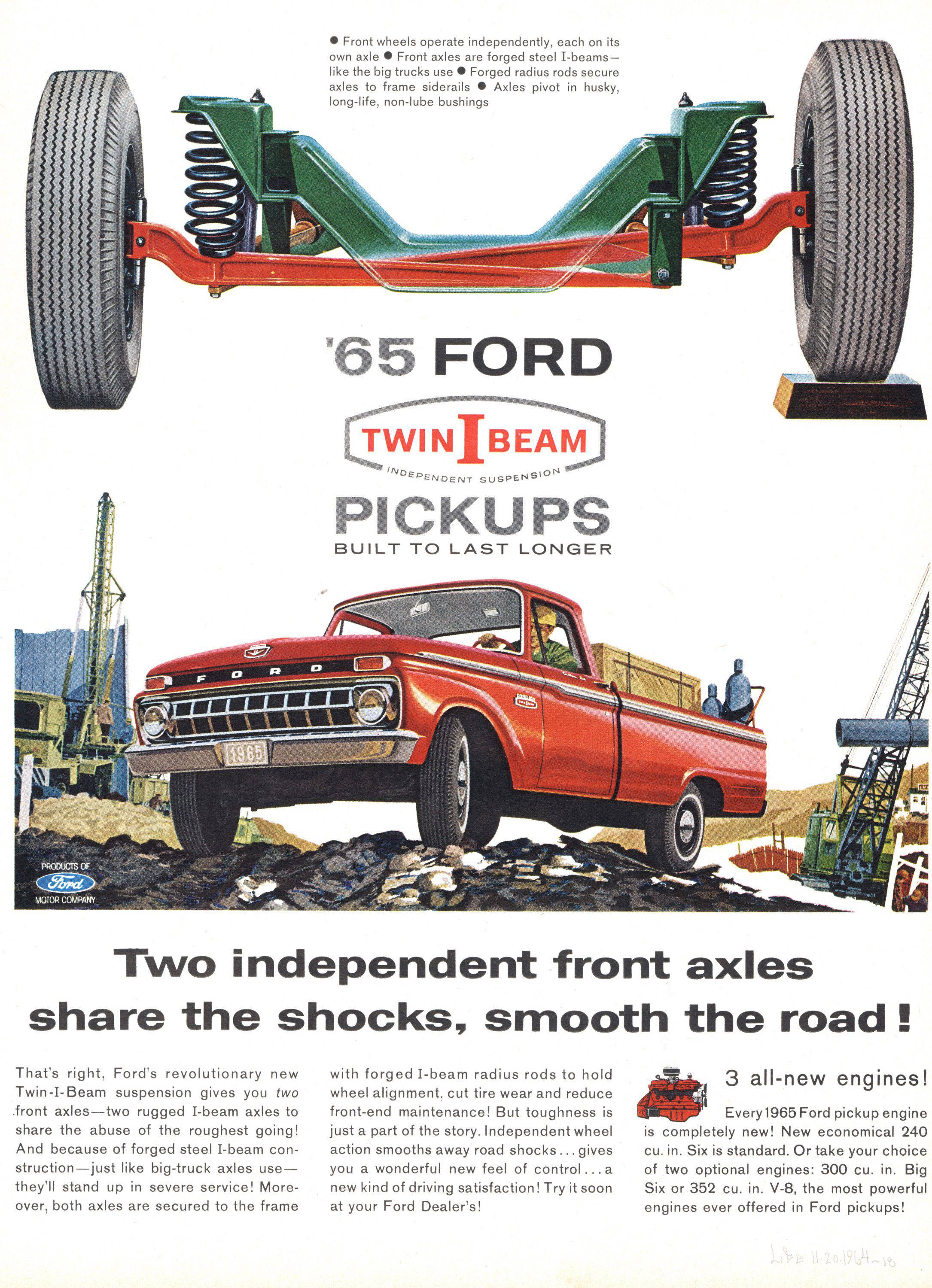 In the early ’60s Ford partnered with Dana Corp. to design heavy duty independent front suspension for the upcoming ’65 introduction of the F150. Ford touted many benefits to the new design including rugged durability, improved wheel alignment, reduced tire wear and maintenance, smoother ride and control.

The true benefits to the Twin-I-Beam was the ride benefit. This took trucks from the hands of farmers and workers and put them in the driveways of white collar folks and anyone that had a need for a utility bed. Prior to the launch of the ’65 F150, the F-series and all other trucks that used beam front axles rode like an empty dump truck.

In 1965, President Eisenhower was already nine years into the construction of the national system of Interstate and Defense Highways Act, and had another 21 years before the first portion would be fully completed. This meant that at this point in time, nearly all road traffic happened on heavily used and abused two lane roads. 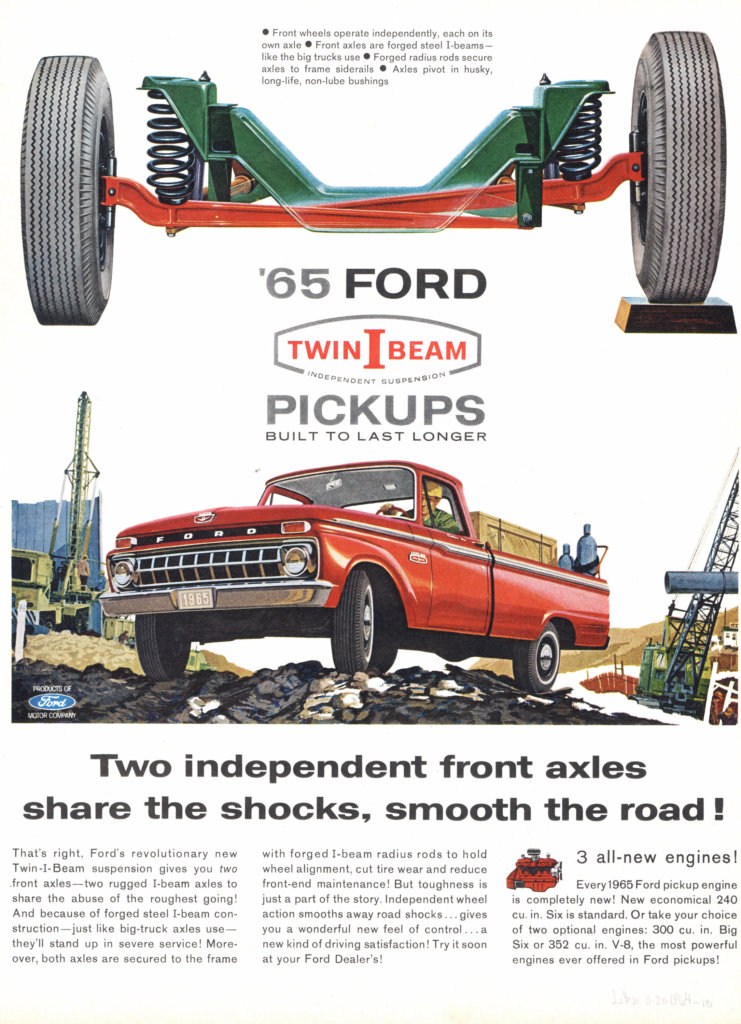 Ford and Dana’s development of the rugged independent front suspension for trucks led to a cascade of development in the automotive industry, and ultimately, who we have to thank for the proliferation of pick-up trucks in the United States. The success of this design was followed up by General Motors use of independent suspension and ultimately the Japanese invasion, thanks to the new popularity of these trucks.

Fifteen years later in 1980, Ford modified this original design and developed the Twin-Traction Beam, the four-wheel-drive legacy of the original. This design used a universal joint on the passenger side to facilitate articulation of the passenger-side portion of the axle, and a slip-yoke to allow the same side’s axle shaft to lengthen and compress. The Traction Beam design was used until 2002, when it was replaced by the now standard double-wishbone front suspension found on all vehicles.