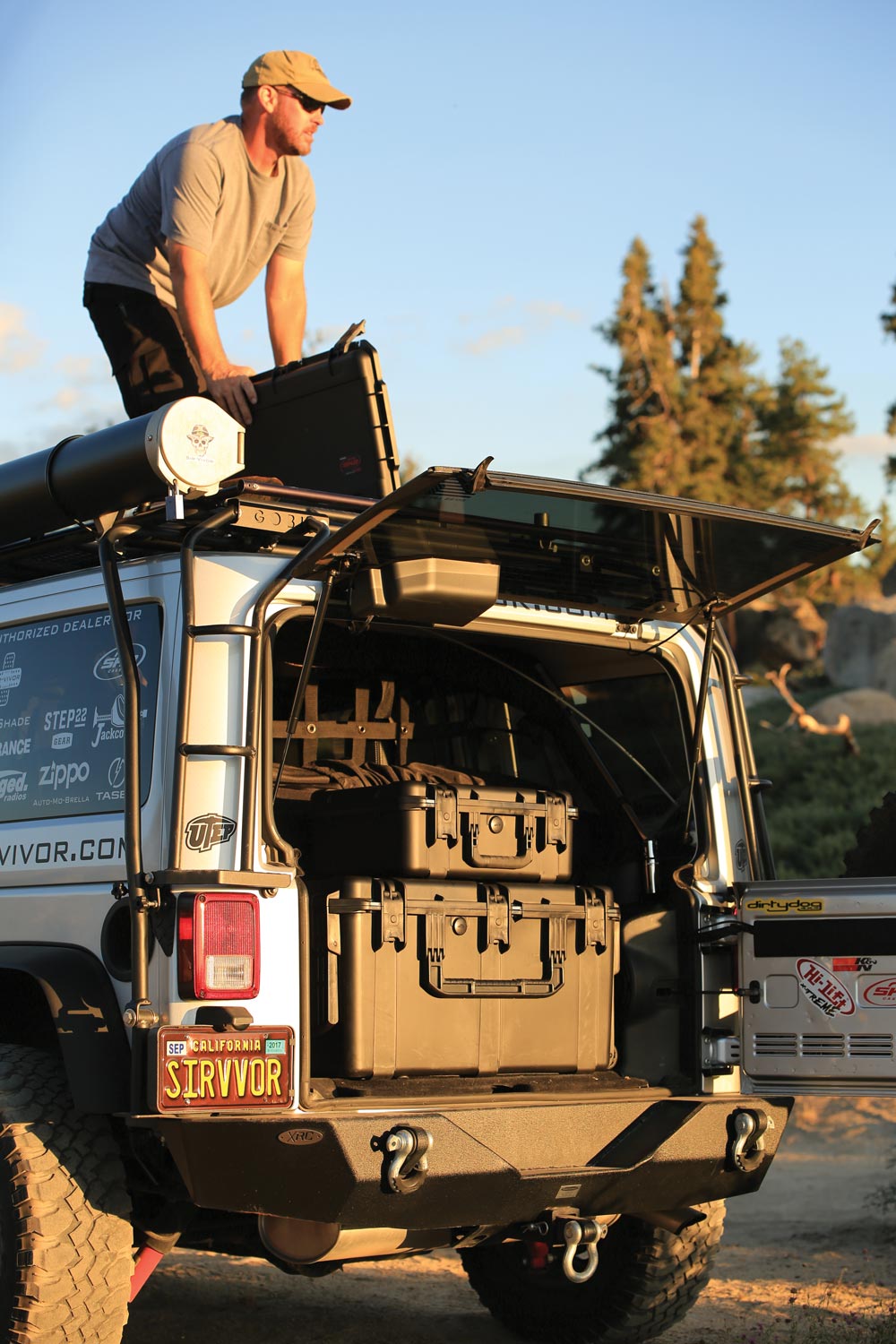 From Guitar Cases To Outdoor Adventure, SKB Has Come a Long Way

Like many brands, SKB started from modest beginnings and a bit of ingenuity. Two college friends, Dave Sanderson and Steve Kottman, had a few things in common; they were both on the same rowing team at Long Beach State University, they both played guitar, and they both had a desire to be their own boss. This kinship would lead them to create the industry’s premier lightweight molded guitar case.

During the Summer of 1976, Sanderson had taken a job at Knott’s Berry Farm as a stagehand, while Kottman was on tour with his band. When Kottman returned, they worked together to help the acts by offering to repair the flight cases of the bands that performed at the amusement park. The duo quickly saw the need for a better product and the idea was born to create a better case to haul and protect precious instruments. 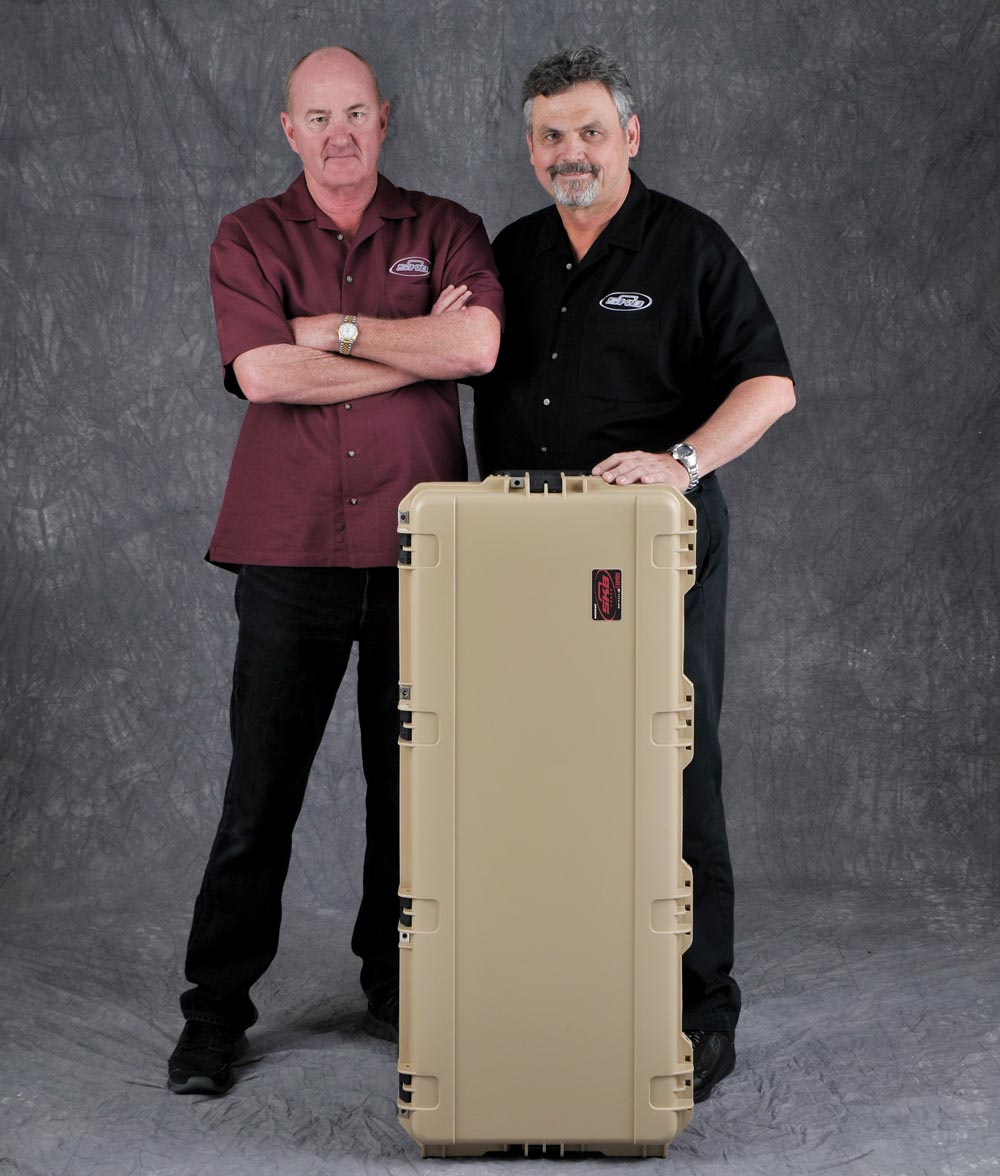 Dave Sanderson and Steve Kottman, the S and K in SKB founded the company in 1976 armed with a great idea and an abundance of ingenuity and tenacity.

They first started with wooden cases made from plywood and had decided to reach out to local stores to gauge their interest in the products. One of these meetings was with a local dealer, Doug Browne, who owned the premier music store, California Music. Browne made the suggestion to use plastic rather than plywood, which would become advice that would forever change the company.

“The duo quickly saw the need for a better product and the idea was born to create a better case to haul and protect precious instruments.”

Luckily, Kottman was a student studying polymers in the engineering department and had some knowledge of how to build things using plastic. Inspired by a toy that he had owned as a child—which had a vacuum forming machine on it—they spent $200 to build their first machine made with junk parts, including the heating elements from an old dishwasher and the intake manifold from Sanderson’s Datsun 240Z. The original mold was made from plaster and the first plastic product built was a saxophone case. Browne had become so impressed by this first saxophone case that he made an initial investment into the company to become the third partner and the “B” in SKB. The trio lasted about two years before the original founders bought out Brown’s share after a fire displaced their operation.

In 1978, a fire broke out in their small shop located behind California Music, dubbed the “Pig Hole,” for its uncomfortable atmosphere often being as hot as 120 degrees inside. This setback threatened to shut down the business completely, yet the two were determined and persevered to continue the company, this time with better molds and machines. A couple of those machines the founders built still run to this day. 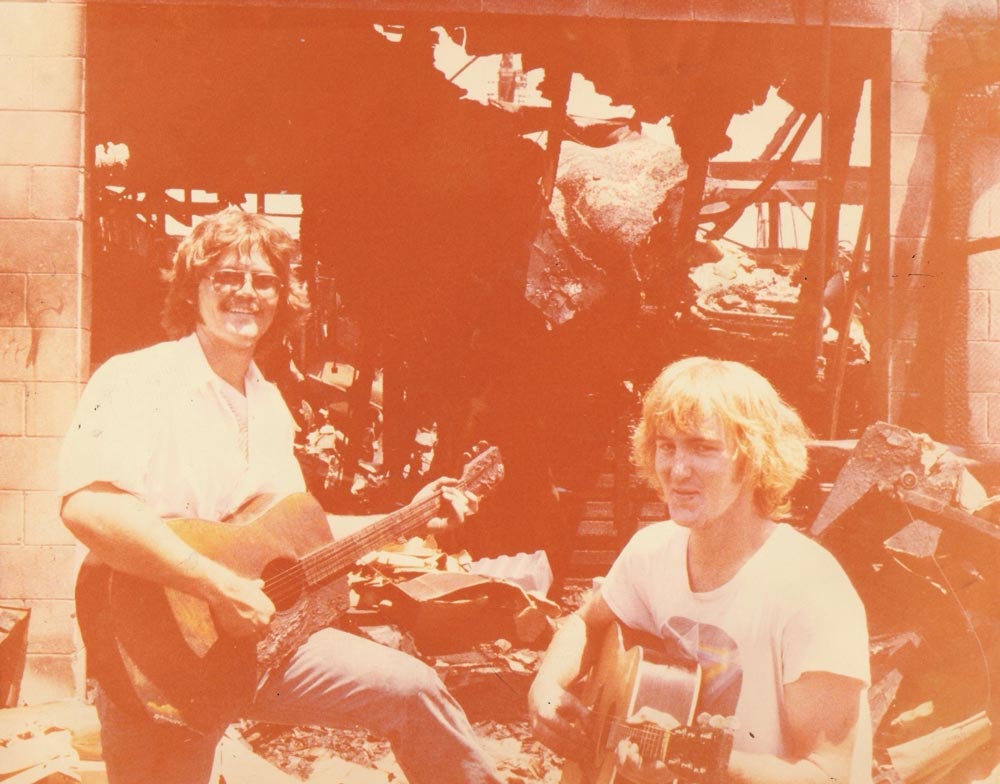 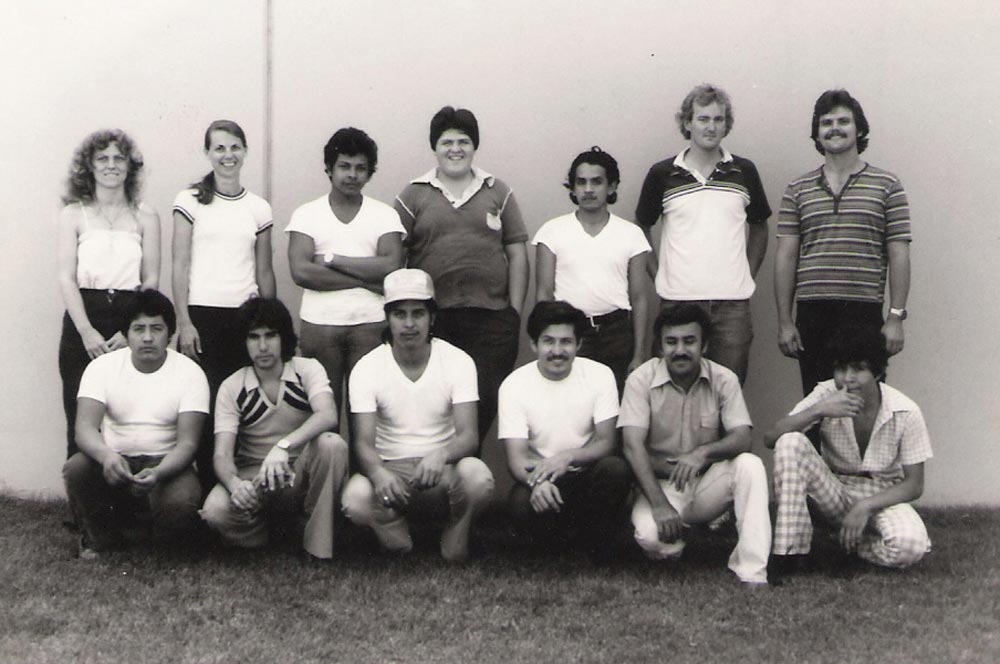 The young entrepreneurs were tenacious and after several trips and a couple of rejections, they finally received a special order from Fender, one of the largest and most respected guitar manufacturers in the world, to help with the release of the 25th anniversary of the Fender Stratocaster. This order came with one caveat: they had to have a $50,000 line of credit. The founders were able to secure the credit line after their parents put their homes on the line as collateral. This gamble paid off and the deal with Fender put the company on the map and allowed them to hire more employees, move into a 40,000-square-foot facility in Orange, California, and expand the business into new markets, including commercial, government, and the military.

Kottman says, “We’re driven by continual improvement. That’s why we continue to reinvest heavily in the infrastructure, equipment, product development, and personnel that propels our company forward and helps keep us at the top of the industry.”

“… they spent $200 to build their first machine made with junk parts, including the heating elements from an old dishwasher and the intake manifold from Sanderson’s Datsun 240Z.”

Their work with the military helped to improve the overall quality of the products, which transferred over to the rest of their case line. They continued to grow the product offerings with their rotational molding ovens, which provided more complex designs that were strong and lightweight. The new collection would include cases for drums, rack mounts, and dozens of new product concepts. 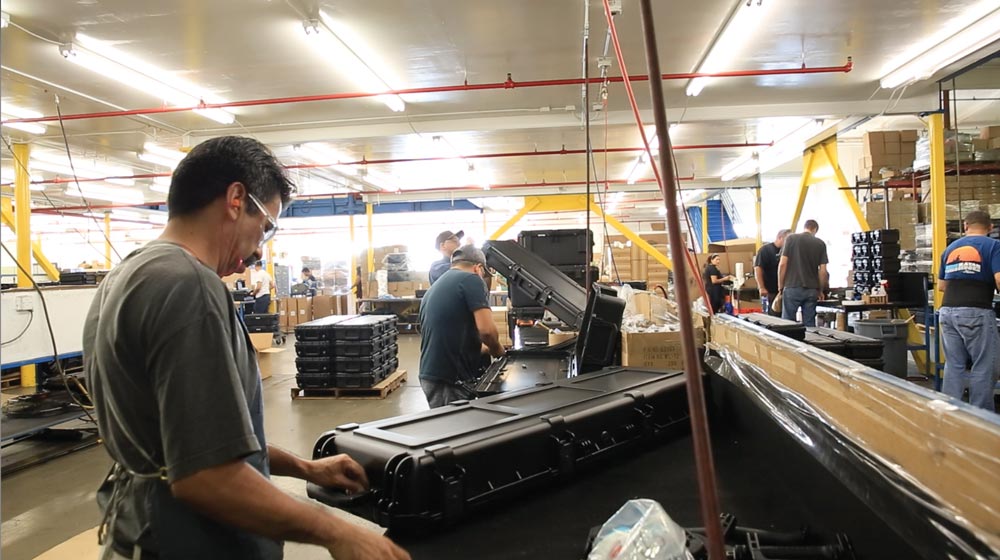 Eventually, the company added injection molding as another process in creating their products and added a high-efficiency and energy-saving state-of-the-art injection molding machine—one of the largest in the United States. Injection molding creates durable, lightweight, water and airtight cases and allows them to use the regrind, the leftover material from other processes, to create additional parts, such as handles for the cases. The company tries to limit their waste as much as possible and recycles all unused parts and materials whenever they can.

“We typically have 20 product developments or improvement projects in process at all times. On average, we build 15 injection molds in any given year,” Sanderson states. 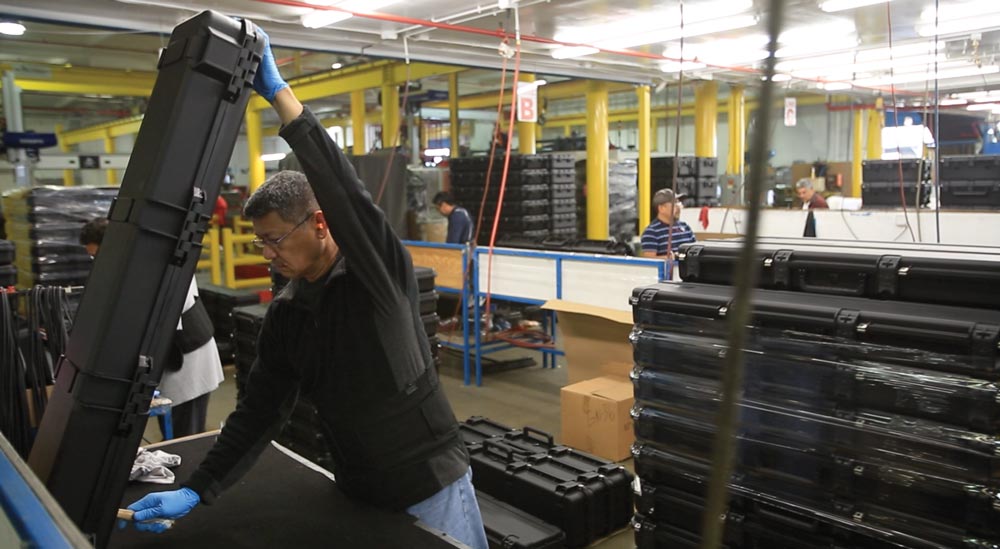 SKB’s manufacturing facilities continue to expand as their business grows. The company typically has 20 new product developments in process at all times.

SKB has continued to grow their business by adding an in-house foam shop to create interior protection for their cases and invested in new molds to expand their collection of cases to enter new markets such as photography with their nearly indestructible cases.

“They continued to grow the product offerings with their rotational molding ovens, which provided more complex designs that were strong and lightweight.”

For us adventurers, keeping our gear free of dust and water is important. The iSeries of cases from SKB is purpose-built for maximum usability with the latest technology and innovation for all of their divisions and are quickly becoming the most popular cases for the company. This series of cases comes in a large assortment of sizes and can be strapped down onto a roof rack or ride along in your kayak. They feature a gasketed, water and dust tight, submersible design that protects its contents from the elements, as well as impacts. 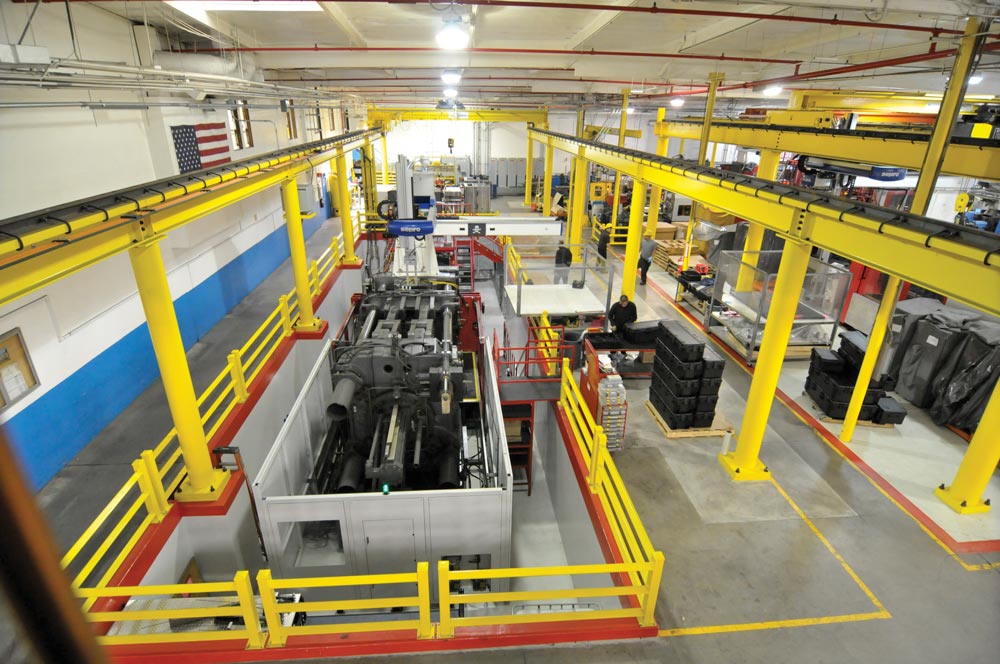 Chief of Operations Robert Wilkes points out, “Our iSeries cases are built to meet or exceed military spec. In fact, these cases often house military systems that are deployed in the harshest conditions where communications and other sensitive equipment is mission critical—failure is not an option. These same cases are used across the company for all divisions, providing military-grade protection for weapons, archery equipment, guitars, photography and camera gear, and much more. There’s an SKB iSeries case for pretty much anything you need to protect and transport.”

Today, SKB remains a family owned and operated business and has expanded its operations into three factories with over 300 employees. SKB continues to provide protective solutions for various industries, including music, photography, sports, aerospace, overloading, and the military. 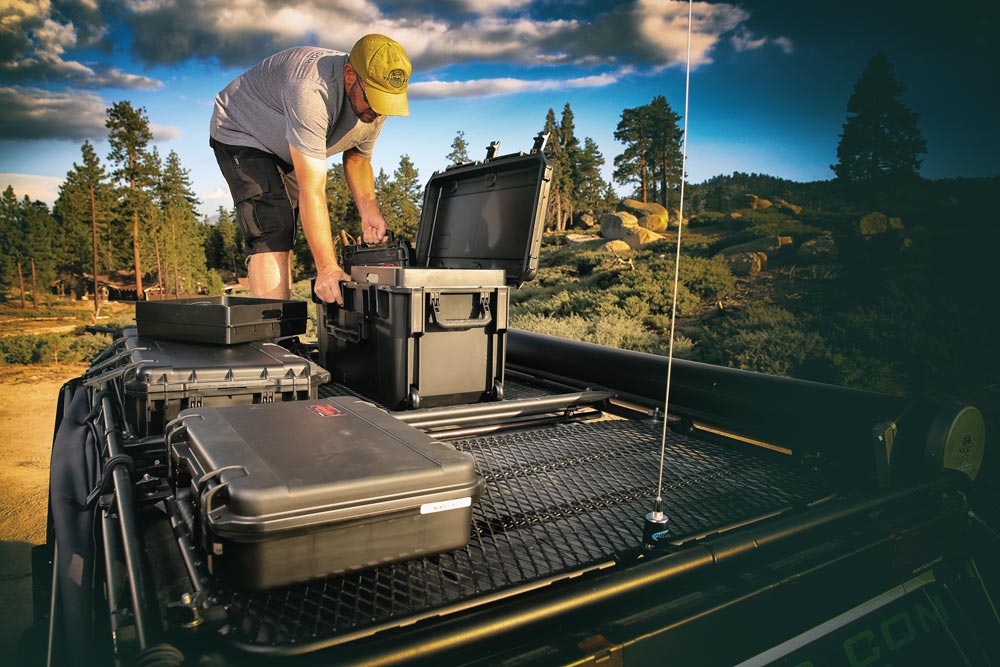 SKB iSeries cases are injection molded of ultrahigh-strength polypropylene copolymer resin, and have been built and independently tested to meet or exceed U.S. military specifications for waterproofness (MIL-STD-810G/IP67), pressure equalization (MIL-STD-648C), and UV, solvent, corrosion, fungus, and impact resistance. All iSeries cases include molded-in hinges, patented easy-to-operate trigger release latches, comfortable snap-down rubber over-molded cushion grip handles, and a variety of interior options for maximum functionality. The cases are made in the USA and come standard with an unconditional lifetime guarantee. Currently, available in 58 sizes with new sizes added each year.