For years, my outdoor culinary repertoire was limited to opening a can of beans. That was until I rediscovered cast iron cooking and, specifically, the Dutch oven. Now I make meals I savor just as much as my outdoor experiences themselves.

I say “rediscovered” because cooking over hot coals with cast iron pots and pans was the way pioneers prepared meals for centuries on indoor hearths and outdoor fire pits. They toted cast iron kettles and Dutch ovens in their covered wagons across the American West. This cookware often became treasured heirlooms passed down through generations. With one Dutch oven you can feed a family. Here stuffed peppers are roasting.Find two favorite Dutch oven recipes herePhoto by Camp Chef What’s better than a good meal in the great outdoors? Photo by Camp Chef

There are several reasons to use Dutch ovens:

For baking, the camp models with legs also have flat lids featuring a flange or raised lip around the edge, allowing you to place hot coals on them so that you’re heating the oven from the top and the bottom. Anything that will fit in the Dutch oven can be baked over coals as you would indoors with a conventional oven.

Cast iron ovens are porous, so they absorb oils as you cook with them. The more you use them, the more they are “seasoned” over time, providing a shiny, black, non-stick cooking surface. If your food does stick, chances are you’re using too much heat. A Dutch oven can also be hung from a tripod or, in this case, used on a stove top. Photo by Camp Chef

The last thing you want to do on an outing is contend with lots of messy dishes to wash. You don’t wash Dutch ovens with soap and water. You merely wipe any remaining food away, rinse them and coat them with a little vegetable oil. Any germs are killed the next time you use it.

Cast iron retains heat much better than stainless steel or aluminum. So, if you use cast iron pans on a stove top, turn down the heat. Outside, you can make the most of your hot coals by stacking your Dutch ovens with hot coals in between. I’ll often bake my main dish in one Dutch oven directly in the coals, put some hot coals on top of it, and then stack another Dutch oven containing my dessert on top. After starting out with a single Dutch oven, eventually you’ll want some of the accessories for a complete camp kitchen. Photo by Steven Paul Barlow

(As an Amazon Associate, Tread earns from qualifying purchases)

Dutch ovens come in all sizes. A common 12-inch, 6-quart camp Dutch oven with integral legs and flanged lid is a good place to start. You’re also going to want a lid lifter to remove the lid with coals on top of your oven, as well as a lid stand. Barbecue tongs are great for moving coals around, and leather gloves are better than potholders to keep you from getting burned.

A plastic scraper comes in handy too, especially when you’re first learning to regulate the heat. Never use a metal scouring pad, which can ruin a pan’s surface. When using charcoal briquettes, a charcoal lighter basket is a handy device for lighting your charcoal without using lighter fluid.

As you progress, you might want to add another Dutch oven or two, a cast iron skillet and griddle, tripod, round cake pans, round cooling trays, disposable oven liners and padded tote bags. A lid lifter is highly recommended to keep from getting burned. Photo by Camp Chef

TEMPERATURE: Cook over hot coals, not open flames, so you can better regulate the heat. If you’re burning wood, get a fire going early so that you have plenty of coals. If you’re making an elaborate meal, keep the fire burning off to the side so that you have more coals ready when you need them.

The heat output and longevity of the coals can vary with different types of wood. That’s why charcoal is much more predictable to cook with. And there are plenty of guidelines available for regulating your oven’s temperature by the number of coals used. Lodge Manufacturing, a cast iron cooking gear maker, provides heating charts with its ovens. Eight charcoal briquettes underneath and 17 on the lid should bring your 12-inch oven to 350 degrees Fahrenheit.

The size of the briquettes, the outdoor temperature and wind conditions can affect the cooking temperature too. COOKING: You can put food directly into the Dutch oven. However, for things such as cakes and biscuits, I prefer to place a round cooling rack in the bottom of a 12-inch Dutch oven and then place a 9-inch round cake pan containing the batter on top of the rack.

Another trick is that you can use your Dutch oven’s lid as a frying pan by placing your lid stand in the coals and then putting oven’s lid upside down on top of it.

CLEANING: Keep your oven clean with disposable parchment or aluminum liners. These are especially useful when cooking acidic foods, such as tomato sauce, which can damage the oven’s seasoning.

When you’re done cooking, you can heat water in the oven to loosen any remaining food that might stick. Never pour cold water in a hot oven.

If your oven’s surface needs to be re-seasoned, it’s as simple as coating the oven surfaces with a thin layer of vegetable shortening, such as Crisco, and baking the oven on a rack for about an hour.

There are scores of recipe books and instruction manuals on Dutch oven cooking. Start with simple recipes. The real fun begins when you experiment to make something that’s truly your own. Delicious meals at camp any time of the year are easy with Dutch ovens. You’re limited only by your imagination. 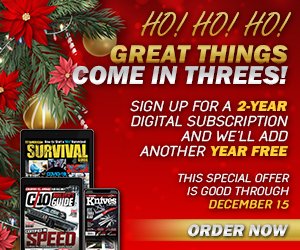